While many Iranian human rights activists support a nuclear deal, others do not believe that it will result in an improvement in the human rights situation. 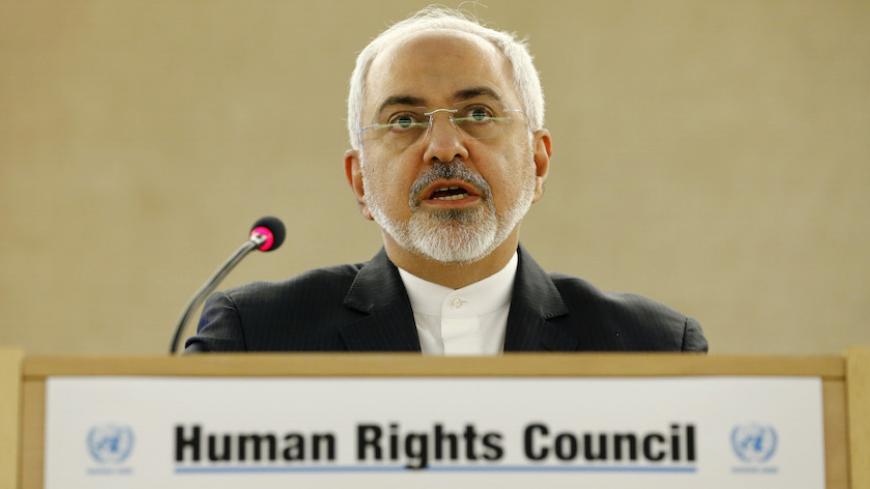 The April 2 Lausanne agreement between Iran and six world powers is still the focus of political activists both outside and inside Iran. Amid speculation on how a final nuclear deal will impact life inside Iran, Supreme Leader Ayatollah Ali Khamenei, in an April 9 speech, once again expressed his skepticism and distrust of the United States. Yet, he also said, “Of course, this is an experience. If the other side refrains from its bad behavior, then we can continue this experience in other issues as well. However, if they continue to behave as they have in the past, it will only increase our distrust of the United States.” He expressed his support for the negotiating team, but also added that “nothing has happened yet.”

Prior to Khamenei’s speech, other figures had announced their support for the outcome of the framework agreement, like Majles speaker Ali Larijani, Chief of Staff of the Iranian Armed Forces Hassan Firouzabadi and commander of the Islamic Revolutionary Guard Corps Maj. Gen. Mohammad Ali Jafari.

Most Iranians, however, are looking at what a deal will mean for them. Ariane Tabatabai, a visiting assistant professor at Georgetown University, told Al-Monitor, "If there is a final agreement and sanctions are lifted, then the economy will improve." She added, "The Lausanne agreement was a good deal for both sides. Iran wants sanctions to be lifted, and this way it will achieve its goal. The international community has also achieved its goal, which is an assurance that Iran’s nuclear program is peaceful. This deal will pave the road for foreign investors to invest in Iran and as a result, the unemployment rate will drop."

However, other civil activists, such as Nasrin Sotoudeh, are not very optimistic about the impact of the Lausanne agreement on the human rights situation in Iran. This lawyer and former political prisoner told Al-Monitor, “We are always in favor of ending hostile relations in international diplomacy. When a regime can no longer use the excuse of having foreign enemies, it can no longer imprison its own citizens as easily as it can when there is a foreign threat. However, it is wishful thinking to imagine that this nuclear agreement will automatically result in better human rights policies in Iran.”

Sotoudeh said, “Reaching a nuclear agreement cannot automatically improve human rights in Iran.” She considered the human rights issue to be an internal one, saying, “We should distinguish these issues from one another. If a government manages to reach an agreement with the international community, it can still continue to mistreat its own citizens.”

Sotoudeh believes that pressure exerted by civil organizations will eventually force the government to hear the voices of protesters.

Narges Mohammadi, a journalist and human rights activist, agrees with Sotoudeh, telling Al-Monitor, “Rouhani inherited a wreck from [former President Mahmoud] Ahmadinejad. The country was isolated from the rest of the world but now he has reversed the situation. Now, it is Israel that is isolated. However, the administration’s lack of interest in civil society is not justifiable. We are hoping that after the final agreement, the administration can begin to slowly pay more attention to the demands of the civil society.”

Isa Saharkhiz was one of the many journalists arrested after the 2009 presidential election. He was sentenced to three years in prison. He talked to Al-Monitor about the future of human rights in Iran. “I don’t think foreign countries, the United States included, will change their approach toward human rights because of this agreement. Inside Iran, Ayatollah Khamenei has personally talked about this issue and has said that if we sign the nuclear agreement, then they will start talking about human rights. With the nuclear negotiations we have the upper hand but this is not the case when it comes to human rights and this fact has always been a source of anxiety inside the country,” he said.

He added, “Just because we have better relations with the outside world, it doesn’t mean that the regime is also changing its attitude toward the opposition. It is not like the regime is trying to use this opportunity to create national unity and free the prisoners or those who are under house arrest. There is also no reason to think that the cultural expansion will happen simultaneously with the economic expansion.”

Saharkhiz does not see a correlation between the internal domestic situation, such as the human rights issue, and external affairs, such as the nuclear issue and the fight against the Islamic State in Iraq. He said, “Both governments of Iran and the United States are realists and assess their situation based on the realities of the world and the region. We should not think that there is suddenly a strategic unity between Iran and the United States and that, from now on, they will collaborate with each other everywhere.”

According to Saharkhiz, the current policies of Iran and the United States are complementary in Iraq but not Yemen. He said, “It is not like we are seeing a shared strategy everywhere in the region. When there is no shared strategy, then tactics will not be the same either.”

Although the activists who spoke to Al-Monitor expressed skepticism that a nuclear deal would immediately produce a better human rights situation in Iran, many did agree that better economic conditions were necessary for improving their standard of living, which has been reduced as a result of economic hardship.

A female university student and activist in Tabriz told Al-Monitor, “Iranian women have suffered from sanctions, economic stagnation and unemployment. [There has been an] increase in breast and uterine diseases, shortage of medicine and women’s inability to pay their medical expenses.”

She added, “To me, with Iranian [women] having been deprived of [their] most basic citizenship rights for years, it is not realistic to expect this regime to change its attitude toward women. However, I am hopeful that the economy will improve because of this deal and that we can see an increase in education and medical budgets, and a decrease in the number of problems we currently face.”