The current number of reported H5N1 cases in Egypt bode ill, given the government's less than stellar track record of dealing with previous outbreaks. 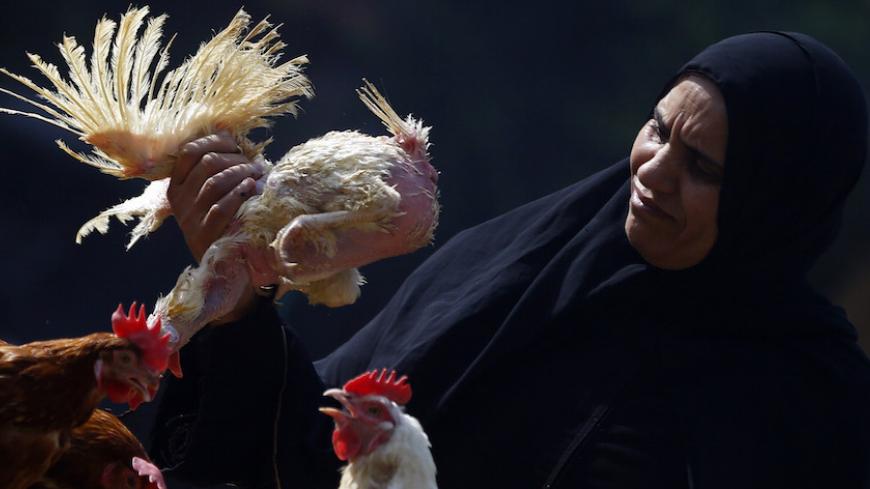 A woman examines a live chicken before buying it on the outskirts of Cairo, Dec. 4, 2014. - REUTERS/Amr Abdallah Dalsh 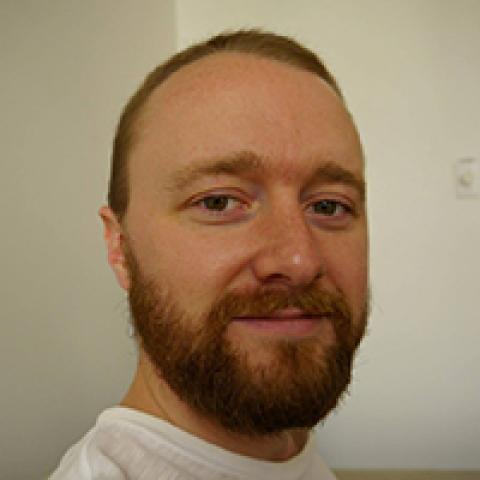 The high number of reported bird flu cases in Egypt does not bode well, as the government is apparently falling short in efforts to contain the crisis. Egypt has the highest number of cases of the most infectious strain of bird flu, H5N1, despite being in the midst of its third attempt in nine years to control the disease.

According to experts and documents reviewed by Al-Monitor, previous efforts were undermined by administrative incompetence and a lack of political will, and the government faces enormous challenges if it is to contain the virus this time around. The Animal Health and Livelihood Sustainability Strategy of 2010, the government’s first attempt to contain the virus in 2006 through mass culling, vaccinations and compensation for farmers, suffered from poor management, a lack of transparency, widespread conflicts of interest among “core institutions” and a suspected lack of effective hygienic measures practiced by control teams.

Industry experts say many of the recommendations of the 2010 report, written in collaboration with the UN Food and Agriculture Organization and approved by the government, were never implemented. Now the government is awaiting a final report on the problem from a broader spectrum of international organizations whose representatives gathered in Egypt in March: the FAO, the World Health Organization (WHO), the World Organization for Animal Health, the US Centers for Disease Control and Prevention, UNICEF and experts from Naval Medical Research Unit Three.

The WHO confirmed that from January to March 31 of this year, Egypt recorded 119 confirmed cases of H5N1, including 30 deaths. China ranks a distant second, with four cases and one death. Indonesia, which at the beginning of the year was neck-and-neck with Egypt in total cases since 2003, has added just two new cases, for a total of 199. Egypt's now stand at 329.

Hendrik Jan Bekedam, WHO's Egypt representative, said this year’s numbers already put Egypt ahead of all other countries dealing with H5N1, such as China, Indonesia, Vietnam and Cambodia, for any year on record. “There’s never been a country that in 100 days has had more than 100 cases,” Bekedam told Al-Monitor in Cairo. “So there is something going on over here.”

H5N1 has been found in 20 of Egypt’s 27 governorates, and reducing the risk of further outbreaks won’t be easy. At the moment, human-to-human transfer of H5N1 is inefficient, but one of the reasons for Egypt’s increasing caseload is that many Egyptians live with chickens in their houses and apartments. According to the FAO, 66 of the 76 detected H5N1 outbreaks from Jan. 18 through Feb. 7 originated in households.

Another risk factor, according to health professionals, is the country’s live bird markets, which account for a hefty 60-70% of domestic consumption, according to Tarek Tawfik, managing director of the Cairo Poultry Group and deputy chairman of the Federation of Egyptian Industries.

Bekedam, who was in China during the SARS outbreak in 2003, said that in addition to creating more opportunities to transfer the virus to humans, live bird markets give virus strains an opportunity to “mingle” with each other. For example, another worrying bird flu strain, H9N2, is circulating among Egyptian poultry, and a boy from the southern city of Aswan tested positive for the virus in January.

If H5N1 becomes transferable between humans, health professionals are concerned the proximity of millions of Egyptians to chickens will mean an outbreak could spread rapidly. Scientists in the Netherlands found H5N1 is two to three mutations away from becoming transferrable in ferrets, which are considered a reasonable proxy for humans. It should be stressed, that this conclusion stems from laboratory work. Bekedam, nonetheless, described the Dutch results as “scary.” He said H5N1 is “relatively stable” in Egypt, but also emphasized the need for constant monitoring, because virus mutations are unpredictable.

H5N1 is fatal in 50% of cases worldwide. Egypt’s survival rates have been noticeably better because a large proportion of infected individuals have been children. According to Bekedam, “Most of the children under five survive. Somehow, their immune systems are better able to cope with the virus than when we get older.” Health professionals also suspect some milder cases of the virus are going unreported because health care in Egypt is costly.

“It’s a tough one for the people in rural areas,” Bekeham said, adding that for many, poultry do not just offer income but also a cheap source of protein in an economy that has been in turmoil for years. “Some of the decisions to reduce the virus are not easy. At the same time, what we do think is certain decisions need to be made.”

Prime Minister Ibrahim Mehleb met with the delegation representing international organizations in March, Bekeham said. The upper echelons of the Egyptian government recognize the seriousness of the problem. “The political commitment from the government is very promising,” Bekeham asserted. “It doesn’t make the task any easier, but it’s promising.”

Experts note that in the past, the government had not committed to reforms that would have reduced the risk of outbreaks in Egypt. “The government hasn’t been heavy-handed in enforcement in combating the bird flu,” Tawfik said.

In 2006, a ministerial decree banned the transport of live chickens between governorates to prevent the spread of the virus, but Egypt was unable to ensure compliance. “The enforceability was not there, and it is still not there,” Tawfik added.

There are also still problems in the design of the compensation scheme for farmers reporting bird flu cases. The scheme is paid for with a 1% levy on poultry imports. It has a board, a committee and about 500 million Egyptian pounds ($65.3 million) at its disposal. Once a farm reports a case of bird flu, however, it is quarantined for six months. According to Tawfik, many small operators choose not to report cases because the compensation would fall significantly short of the earnings lost.

Another problem is that the political instability since the 2011 uprising has pushed many opportunistic families out of traditional industries like tourism and into temporary chicken farming. Thus, growing numbers of unregistered chicken producers are ineligible for compensation if they get a sick bird.

The government has little idea how many unregistered poultry operators there are. A geographic mapping company estimated in 2012 that Husseiniya, one of 13 provinces in Sharqia governorate, alone had 860 unregistered farms.

Tawfik noted, “It is very difficult to control the spread of the disease as long as your neighbors are raising chickens on their roof or in their backyards.”