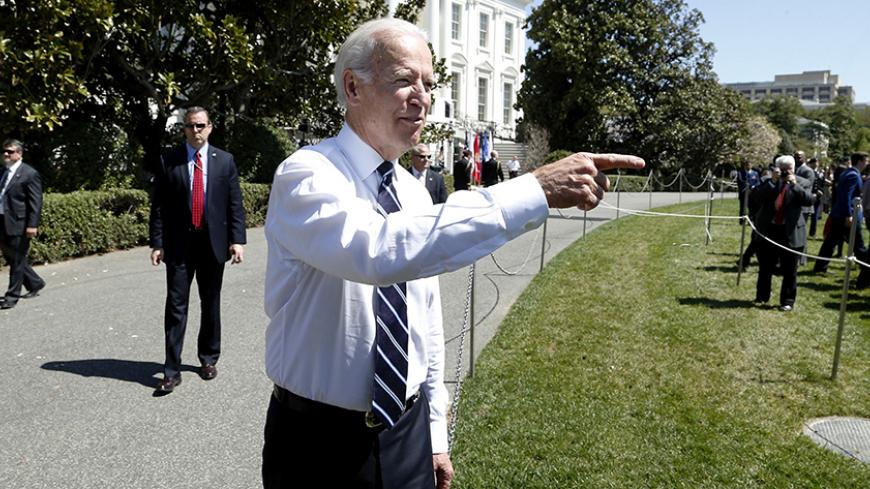 Prescott, who has served as Biden’s deputy national security adviser since 2013 and previously advised him on Asia, started his new NSC job April 29. Colleagues say he has been deeply involved in Situation Room deliberations and interagency deputies committee meetings the past two years on every foreign policy issue in which the vice president has been involved, including Iraq, Ukraine, China and the Western Hemisphere.

“Jeff has been one of this administration's secret weapons,” Jake Sullivan, Biden’s former national security adviser, told Al-Monitor by email. “For the past two years, he's been a key voice in the Situation Room on these issues. More important, he is one of those rare people who can match subtlety of analysis with strength of purpose. That is precisely what our Middle East policy needs right now.”

"Jeff has been a trusted adviser for several years,” Biden said in a statement emailed to Al-Monitor. “He's a critical thinker and creative strategist, a relentless worker, and a decent man. As my Deputy National Security Advisor, Jeff has been deeply involved in shaping U.S. policy in the Middle East. Jeff is leaving my staff but the good news is that he won’t be moving far, and we’ll be able to benefit from his good judgment in his new position.”

Prescott joined the Barack Obama administration as a White House fellow in 2010, after living and working for over a decade in China. A fluent Mandarin speaker, Prescott previously served as deputy director of the China Law Center, founded the Yale Center’s Beijing office and served as a visiting scholar at Peking University and Fudan University in China. A graduate of Yale Law School and Boston College, Prescott grew up in Wichita, Kansas.

Noting Prescott’s significant Asia experience, Julianne Smith, his predecessor as Biden’s deputy national security adviser, said she was not surprised by his move to the NSC Middle East portfolio.

“When he worked with me as the VP’s Senior Advisor on Asia some years ago, it was clear that Jeff had the capacity to make meaningful contributions on plenty of other regional and functional issues,” Smith told Al-Monitor by email April 20.

“He's really the ideal NSC staffer — able to process and digest information quickly, willing to ask the hard questions and able to develop new and innovative approaches to age-old issues,” Smith said. “And he happens to be a fantastic manager who is well liked and respected by his peers, superiors and subordinates … He's a great pick.”