In a new book, Volkan Erit argues that despite an increasingly Islamist government, Turkish society is actually becoming less strident in its religious tastes. 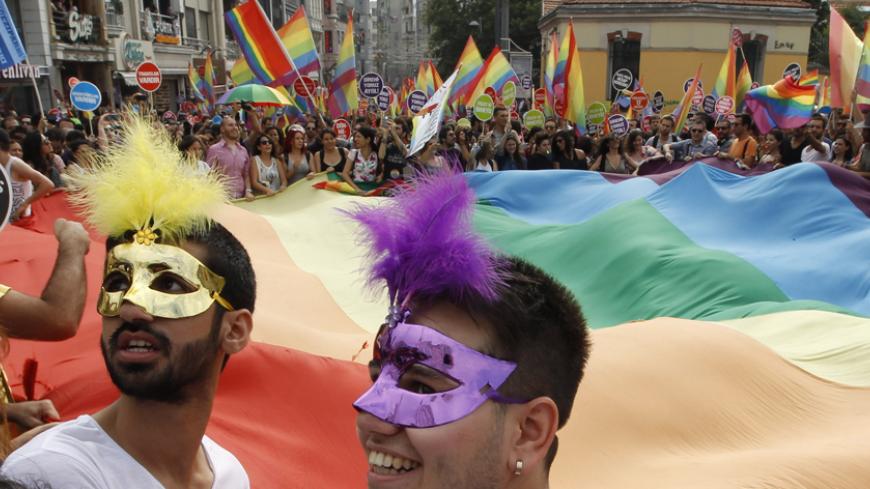 Since the Justice and Development Party (AKP) came to power in 2002, Turkey’s “Islamization” has been a recurrent theme in the media. Over the past two years — during which time Recep Tayyip Erdogan, the Turkish president and AKP leader, has combined increasingly authoritarian rule and an overtly Islamist narrative — this theme has become more common and assumed greater validity. It is often asked whether Turkey is turning into “another Iran,” and most commentators take it for granted that, at the very least, Turkey is becoming more “conservative.” Turkish academic Volkan Ertit, a doctoral candidate focusing on the sociology of religion at Radboud University, in the Netherlands, emphatically argues otherwise.

In his new book, "The Age of Anxious Conservatives: Turkey, That Moves Away From Religion" (Endiseli Muhafazakarlar: Dinden Uzaklasan Turkiye), Ertit presents ample evidence suggesting that the power of religion is actually declining in Turkish society. To Ertit, the “secularization of society” means the decline in the “impact of the individual's faith in the sacred on the actual conduct of life.” In this regard, he thinks Turkey is certainly on a secularization path. If the trend were toward Islamization, he argues, Turkey should have experienced the following:

What one sees in Turkey, however, Ertit says, is the opposite. As documented by a 2008 survey, “Turkish Family and Religion,” for example, 84% of parents believe that the younger generation is less religious. Homosexuality, along with all the other spectrums of the LBGT movement, is much more visible and acceptable than before, as shown by attendance at Istanbul's gay pride parade. Premarital and extramarital relationships are becoming common, as seen in the media and social media. In addition, fewer people are searching for healing through supernatural beings, such as the jinn, and almost all religious conservatives take advantage of modern medicine without hesitation. “Sexy dresses” are seen more often, even among headscarf-wearing young girls, who can be counted as “conservative” but who are quite different from their truly conservative mothers. These “chic hijabis” have their own fashions and style magazines, such as Ala, which basically feature a “Cosmopolitan”-like lifestyle with only a hint of Islam.

Ertit’s book presents an abundance of such evidence for the secularization of Turkish society. This does not mean, however, that large segments of Turks are becoming atheists, he notes, although atheists are more vocal than ever. Rather, it means that religion is becoming more personal, relaxed and easygoing. Famous stand-up comedians are publicly poking fun at religion. For example, Cem Yilmaz tells jokes making light of the Islamic notions of heaven and hell and has not received any strong negative reactions. Hell, Yilmaz says, can only make one look “a bit more tanned.”

On television, the most popular theologians are the ones who do not threaten with imminent hellfire, but who offer comfort for distinctly modern tastes. When asked by a young girl whether putting up a poster of the musician Justin Bieber is “haram,” i.e., religiously forbidden, the televangelist Nihat Hatioglu jokingly gave his permission. Such popular theologians, Ertit argues, “are not making people more religious. They are rather giving some peace of mind to those people who believe that they have moved away from religion in modern times … They carefully avoid giving answers that will force people to fundamentally alter their daily lives.”

That is precisely the reason why there are “anxious conservatives” in Turkey today. These are older generation Islamists who feel nervous about the more modern and diluted form of the faith that the young generation finds appealing. The reaction by Yeni Akit, one of the most hard-core newspapers in the Islamist camp, to a rock concert where headscarf-wearing female university students danced on the shoulders of their male friends was symbolic: “Have we struggled for years for this! What a shame!” The newspaper displayed the must-see photos below its lamenting headline.

What about the AKP and its increasingly overt Islamism, along with Erdogan’s self-declared objective of raising a “pious generation”? Ertit does not deny the phenomenon and provides a long list of AKP policies and narratives that promote or impose “conservative” values. He also emphasizes that under the AKP, Turkey’s religious conservatives have become much more visible, powerful and ambitious. As a result, he says, the Turkish state is less “laic” (secular) than before, but an increasingly religious state and an increasingly religious society are two different things. The latter does not exist in Turkey. The society is secularizing not due to the AKP’s will, after all, but because of deeper dynamics, among them the influence of technology, urbanization and capitalism.

As a Turkey observer, I agree with most of Ertit’s arguments and his overall assessment. I also believe that the AKP experience, including its dreams of re-Islamizing Turkey, is likely to be counterproductive and will serve to further accelerate secularization. Before the AKP, religion was untested, so the Islamists could persuasively argue that their incumbency would produce a more virtuous social order. Of note, the AKP’s precursor was called the Virtue Party. At the end of 13 years of Islamist rule, however, the result is an unimpressive tableau of corruption, nepotism, hubris and a bitter intra-Islamic (AKP versus Gulen) struggle. As Turkey’s top cleric, Mehmet Gormez, head of the Directorate of Religious Affairs, recently noted, the younger generation today can say, “If this is religion, then let’s not take it.” Thus, Turkey may well move further away from religion.