Turkey will provide assistance to the forces organizing to retake Mosul from the Islamic State, but will not engage directly in military conflict. 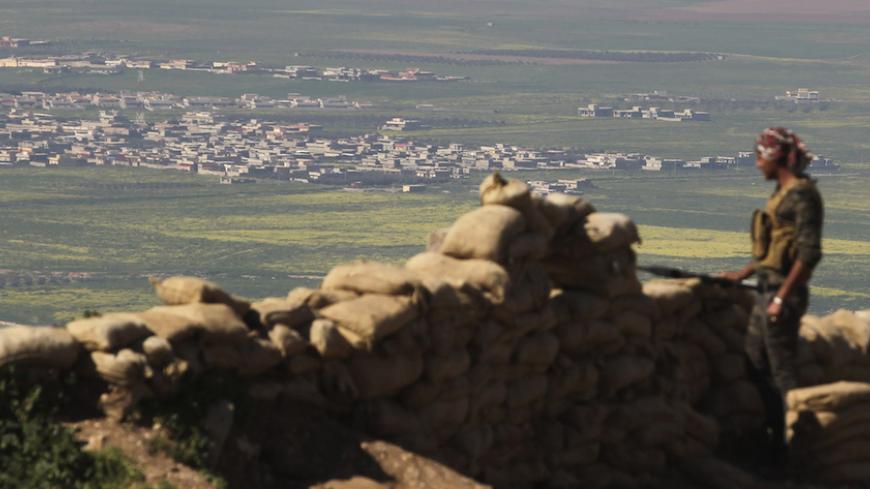 The recent visit to Ankara by US CENTCOM Cmdr. Lloyd Austin shifted focus to Turkey's role in the upcoming operation to liberate Mosul from the Islamic State (IS). Prime Minister Ahmet Davutoglu had previously gone on record as saying, “Turkey will not be a direct party to the heated conflict in Iraq or Syria. We will provide support for Mosul but will not become a party to clashes.”

Turkey’s military security concerns eased somewhat after the evacuation operation at the Tomb of Suleiman Shah in Syria in February. Since then, Turkey has raised its anti-IS profile. Some of the steps Ankara has recently taken include the early March visit by President Recep Tayyip Erdogan to Saudi Arabia, an agreement reached Feb. 19 with the United States to train and equip Syrian rebel forces in Turkey, delivery of military equipment to the Iraqi army, reinforcement of border security to impede IS recruits from crossing into Syria and an upgrading of discussions with the international coalition to higher echelons. Ankara has also noticeably toned down its rhetoric drawing attention to Aleppo and Syrian President Bashar al-Assad. Gen. Austin, who will command the major sweep operation in Mosul, slated to begin in April or May, must have been pleased with Turkey's attitude adjustment and the possibility of closer cooperation.

What is expected from Turkey?

Senior-level security sources in Ankara have consistently emphasized that Turkey will not be actively involved in air and ground operations. Turkey will, however, provide coalition forces support in five areas:

According to Ufuk Ulutas of the pro-government daily Aksam, the international media has found a devious means of criticizing Turkey for inadequately supporting the struggle against IS by asking the question, “What is Turkey doing to save Mosul from IS?” Not easily dismissed is the growing criticism of Turkey in the Sunni Arab world for remaining passive and leaving the field to Iran.

According to Turkish decision-makers, the United States and Europe see themselves as forces representing humanity, freedom and civilization against the barbaric and cruel IS. For Turkey, however, the real question is how a Sunni Arab living in Mosul perceives IS. Thus, the critical strategic issue becomes whether the Sunni Arab in Mosul prefers a Washington-Baghdad-Tehran-Erbil lineup or IS? This is why Turkey’s policymakers emphasize the importance of maintaining a Sunni-Shiite balance while crippling IS.

A Turkish intelligence official who served as a liaison officer in Mosul and who knows the region well had a different take on affairs. He said Turkey is the only country that has contacts with all the actors with interests in Mosul. According to him, given its considerable influence with Mosul tribes and other Sunni Arabs, Turkey could easily play the role of intermediary, talking to all the parties and thus potentially achieving results with minimum bloodshed. He suggested, “This would restore Turkey’s weight among regional actors and might improve its eroded global image.” The concluding part of his statement was the most interesting: "Turkey can easily play the role of honest broker. But only if it wants to.”

It would likely be incorrect to suggest that Turkey will have the same disengaged attitude toward Mosul that it had toward the fate of Kobani. Ahu Ozyurt, foreign news editor of CNN Turk known for her expert analysis of Turkish foreign policy, told Al-Monitor, "Turkey’s historical affiliation with Mosul will not allow it to ignore that city.” She said Turkey may actually be looking for ways to deploy troops, for example, by citing the pretext of assuring security of the Sunni population.

Also according to Ozyurt, the expected wave of refugees after clashes begin could be riskier and more dangerous for Turkey. She said, “The wave from Mosul could include IS sympathizers and supporters. It makes more sense to establish a presence there and establish relations with the population. It is distinctly possible that the US and NATO might want to make use of Turkey’s influence over the Sunni Muslims of the region.”

Some experts in Ankara are thinking along the same lines as Ozyurt. They said the United States was putting heat on Turkey to support the Mosul operation. In return, Ankara is pressing Washington to give it more of a say in restoring order to Mosul after it is cleared of IS.

Another worry for Ankara is Iran's increasing influence in Iraq. Davutoglu openly voiced this concern when he said, “Shiite militias should not come. There is such a danger at Mosul. Sunni national guards should come instead.”

War in Mosul is inevitable, so there are two basic questions being asked in Ankara: Will the Sunni Arabs of Iraq support IS being defeated in a perceived sectarian war against a US-Iran-Baghdad-Erbil lineup? If IS is enfeebled in the area, how can Iran’s growing influence be contained? Turkey is trying to find answers, but is not preparing for the upcoming operation. It is preparing for the aftermath.