Estayqazat, a Syrian feminist movement, seeks to empower women to accept and freely talk about their sexuality, which is a taboo subject in Syria's patriarchal society. 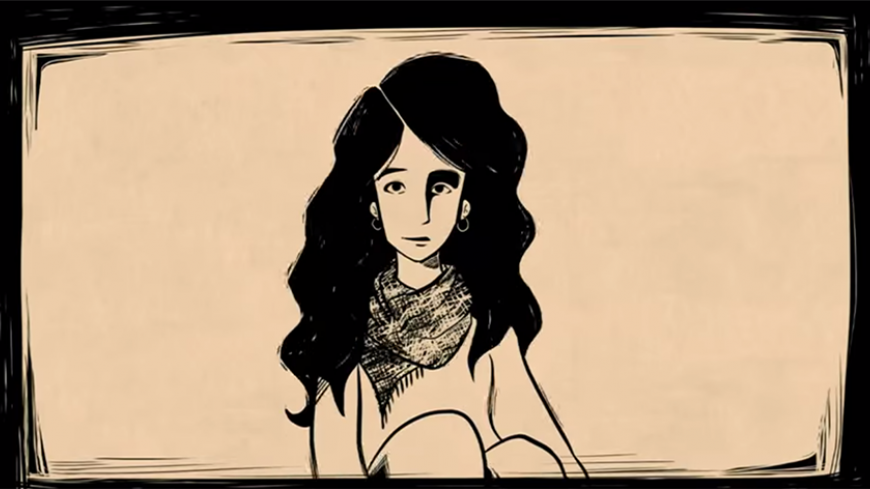 A still from Estayqazat's video "What do you call it?" - Youtube/Estayqazat 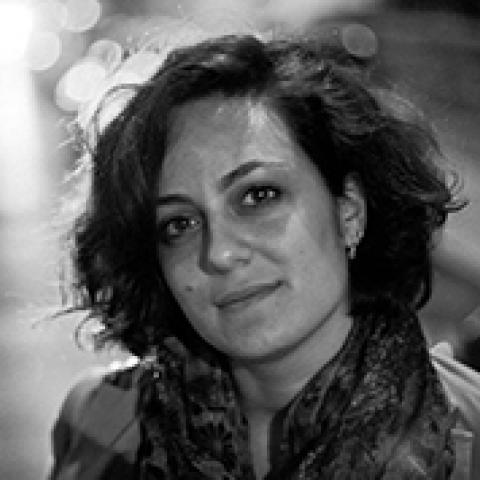 These are but a few of the names that, according to a daring animated film based on real interviews, Syrian women give to their vaginas. This is the work of Estayqazat, a self-described online Syrian feminist movement focusing on the body, sex and sexuality of Syrian women. With a name that translates to “She has awoken” in Arabic, the group’s goal is ambitious: to inspire a feminist movement in war-ravaged Syria through online videos and testimonies.

Sparked by the traditional patriarchal Syrian society, Syrian men and women formed Estayqazat in 2014. “Patriarchy, apart from keeping women marginalized by default, also keeps women in a permanent state of anxiety and guilt,” Estayqazat says. “Many Syrian women are struggling in their personal life. They are not in control over it. They make decisions on matters in their lives that are of a 'socially acceptable' nature.” The group of 30 volunteers, spread throughout the Middle East and Europe, collects anecdotes and experiences through interviews with Syrian women, then transforms them into creative messages to inspire individual women online.

Thus far, the collective has published two short films: “What do you call it” and “When I heard my voice for the first time.” Boasting over 140,000 views so far on Facebook, “What do you call it?” is an attempt to restore ownership and eliminate shame around the taboo topic of female sexuality in Syria. “Women do not have the ownership of their vagina,” Estayqazat wrote to Al-Monitor in an email. “We are starting by putting names on things, so that they, and other things related to them, can be addressed and talked about.”

One thing that Estayqazat will not put names to is its members. Communication for this interview was done solely through emails, although the organization has members based in Beirut. After repeated requests for an in-person meeting with one of the group’s representatives, Estayqazat stressed that focusing on an individual would be a distraction from the group’s ultimate goal. “Estayqazat tells stories from the 'real' world, rather from 'real' people, as do you as a journalist,” the group answered. “Thus we find it to be an overemphasis as well as sidetracking to put focus on us as persons, just as you prefer to tell the story and not to be the story.”

Collectivist intentions notwithstanding, Estayazat also admits there are security reasons for not revealing their names. “One could look at what we are doing and how we chose to communicate as a sign of the environments Syrians face in Syria and in their host communities. … We cannot pretend that we are living in open societies when we are not.”

Estayqazat’s second video takes societal considerations about women's roles head-on. The first part of the “Trilogy of Voice” series shows Syrian women describing the first time they felt empowered by their voice — in many instances, the first time they participated in demonstrations against Syria’s embattled regime.

Reactions to the group’s work range from enthusiastic encouragement to the harshest condemnations. “This is what you call waking up?! Please, keep sleeping,” wrote Facebook user Fadi on Estayqazat’s first film on what Syrian women call their vaginas. “This is really shameful — you should be ashamed of yourselves,” said another user, Dandoon Ana.

Others raved and praised Estayqazat for starting a critical discussion. “The nice thing is that everyone who’s written a [negative] comment watched the video till the end, tagged their friends and discussed it. That’s the important thing,” commented Lamia Sahili.

For Nour Kelze, a Syrian photojournalist working around the Syrian-Turkish border, Estayqazat’s work is well-meaning but perhaps poorly executed. “If the purpose is sparking a feminist revolution in Syria, I think it shouldn't start that intense. The 'What do you call it' video did not serve the purpose of having a feminist revolution at this time and circumstances in Syria,” she told Al-Monitor. Several other comments on the group’s first video echoed Kelze’s feedback — that given Syria’s traditional society, Estayqazat’s pilot film should have been a bit less daring.

Kelze’s own experiences align well with Estayqazat’s second video on the Syrian female voice. As a woman involved in Syria’s uprising since its early stages, she participated in protests herself. Like one of the scenes in Estayqazat’s "Trilogy of Voice" films, she was criticized for laughing loudly — all experiences that, Kelze says, are much more indicative of the basic needs of Syrian women and should be a bigger focus for Estayqazat’s work. If the group had started with a video about women’s voices in Syria — and then gone on to more controversial topics like sexuality — they may have avoided much of the criticism they had received.

And with so many Syrian women facing more immediate problems — security, persecution, lack of basic needs — some viewers have found Estayqazat’s focus on sex and sexuality misplaced.

“These are really trivial issues and Syrian women aren’t this oppressed,” commented Sultana Hiyam on Estayqazat’s “When I heard my voice for the first time” film. “Why don’t you focus on Syrian women who were arrested by the regime? Or whose husbands were killed and have no breadwinners?”

“We need to be open and aware of ourselves as women and our role in society. But in the times of madness and chaos, you have to use it in a clever way,” Kelze, the photojournalist, said.

Questions remain about how much a strictly online, anonymous group like Estayqazat can achieve. With hundreds of thousands of Syrian women living in refugee camps with little access to Internet, Estayqazat’s scope for an audience is limited to the young and educated.

The Estayqazat team says it recognizes that the lives of millions of Syrian women have been “turned upside down.” Nevertheless, it is adamant that its cause has a place in Syria’s current chaos, which, rather than limit their activities, could serve as a time of opportunity. “We will not relegate our cause due to the circumstances or due to other causes, actually the contrary. Now, more than ever, the order in Syria is contested, and nobody, least of all women and feminists, should step aside.” 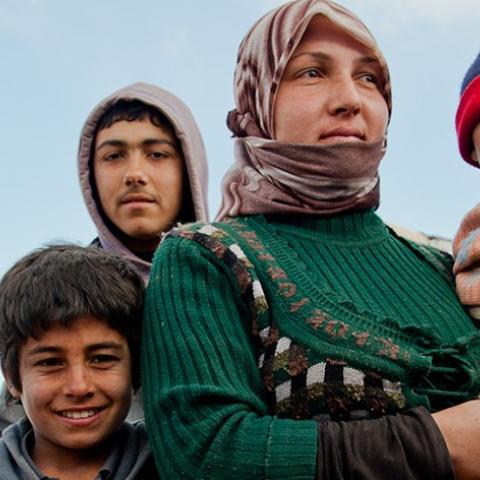