Number of working Orthodox women on the rise

Over the past few years more and more ultra-Orthodox women are seeking work in the secular Israeli labor market, though not everyone in ultra-Orthodox society accepts this. 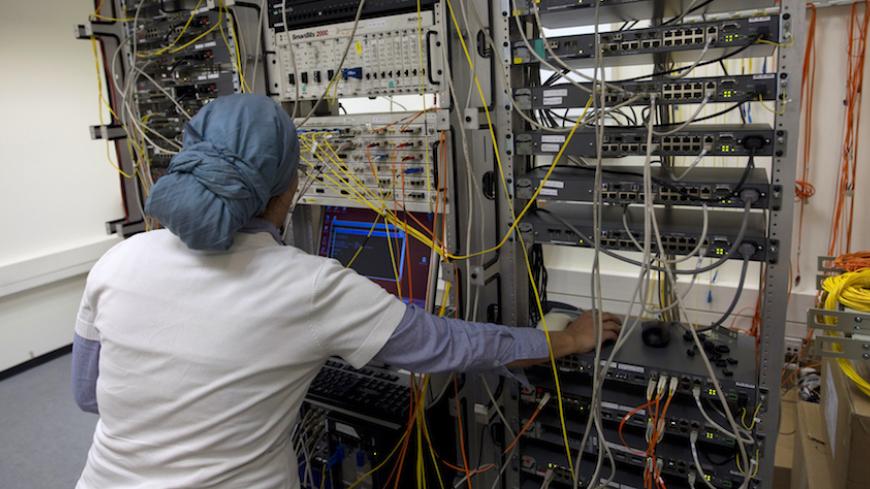 When Shaindy Babad, an ultra-Orthodox American immigrant, arrived in Israel in 1994, she decided that she wanted to work in a high-tech company. At the time, it was still not commonly accepted for ultra-Orthodox women in Israel to enter the workforce. “I worked as a secretary, and my salary was 11.9 shekels [about $3] per hour, which was then the minimum wage,” she recalls. “I spent 12 years working for the company, and ended up a manager.”

While the general employment rate of Israeli women has stood at a steady 75% for the past few years, the employment rate of ultra-Orthodox women has been growing consistently. In the second quarter of 2014, for instance, it reached 79.5%, surpassing the overall number of women employed nationally, according to figures provided by the Central Bureau of Statistics. Yet Babad believes that these figures might be a little misleading: “Even people who work for two hours a week are defined as employed, and it goes without saying that those people are not earning a livelihood. As far as I am concerned, an ultra-Orthodox woman who has a part-time job is not part of the workforce.”

While some rabbis are unhappy with the idea of ultra-Orthodox women working in secular environments, the economic situation in Israel has forced the ultra-Orthodox community to go to work. When it comes down to deciding whether to send rabbinical students or women into the labor force, the ultra-Orthodox establishment chooses women. “The default choice of ultra-Orthodox society when faced with economic challenges is to send women into the workforce first, in order to ensure that the husband continues studying Torah,” says Shahar Ilan, the deputy director of research for Hiddush, the Association for Religious Freedom and Equality.

“If I would have seen someone like me when I was a girl, I would have thought that she was an ultra-Orthodox phony and not really one of us. Whenever any girl went to college or university, we were like, ‘Wow!’ I was sure she had stopped being religious,” says Yael Silman, 27, from the Jerusalem ultra-Orthodox Ramat Shlomo neighborhood. Silman works as a researcher for Reshet, one of the companies that runs Israeli TV Channel 2. “But that’s already changing. You can find very pious ultra-Orthodox women in offices, and it’s not just the more modern ones either. These are women who have an academic education, but who have a very ultra-Orthodox worldview, too. The two do not contradict.”

“I plan to continue working even after I get married,” she says. “That’s why it is important for me to tell all the young men I meet about where I work. For some of them, it’s like I just dropped an atom bomb. In the ultra-Orthodox world, I can’t just tell anybody. People in my immediate surroundings know, but for some people, it would just be too hard to accept.”

Israel has a formal policy of encouraging ultra-Orthodox women to enter the workforce, mainly by providing them with the appropriate professional training. This is because these women are graduates of an educational system that did not train them in any way to enter the modern workforce (apart from the education sector). At the same time, the government also promotes employment tracks for ultra-Orthodox women, fosters the opening of small businesses in the sector and supports groups such as Mafteach, which helps people in the ultra-Orthodox community find jobs.

Commercial enterprises have also recognized the potential of women from this particular sector. One example is the Israeli version of human resource firm Manpower, which has launched a division called “Manpower Genesis.” CEO Gideon Cooperman says, “Many women in the ultra-Orthodox sector are the significant, if not the sole, breadwinners in large families with many children. Though available tracks for them were once limited, they have expanded considerably. There are trade schools and academic colleges that teach a broad range of subjects, starting with the traditional jobs for that particular sector, but also professions in the fields of medicine, law, accounting and interior and industrial design.

According to Cooperman, if employers once had concerns about hiring ultra-Orthodox women, that is not the case today. “Even if they still think that way, they don’t say anything,” he says. “We go to some of the places to talk to them and prepare them, but we soon see how their initial opposition is transformed into genuine satisfaction from such a high quality workforce.”

It is also quite possible that secular employers are happy to hire ultra-Orthodox women because it is possible to pay them even less than secular women, who already earn less than Israeli men. A position paper produced by the Knesset’s Committee on the Status of Women claimed that in 2014, ultra-Orthodox women were likely to earn an average of 15.5% less than their secular female coworkers, while a study by the newspaper The Marker found that the gap could be as high as 30%. “There is no significant difference here between the wages earned by ultra-Orthodox and secular women,” says Cooperman, though he also notes that women are concentrated in simpler jobs, where the salaries are already lower. "As far as I know," he adds, "in those jobs there is no difference."

In an interview with Israeli news site NRG, Makor Rishon and Racheli Ivenboim of the group Me’uravot (Involved) to Advance the Status of Ultra-Orthodox Women called these women the “Indians of Israel.” Bavad disagrees. “People have to start at the bottom, to learn, to prove themselves and to grow from there,” she explains. “When it comes to ultra-Orthodox women, in most cases this is the first time that they are coming face to face with the working world. There is an enormous gap in their knowledge, which is why they really do start in simple jobs. Of course there is a glass ceiling. Arab women and secular Jewish women will all agree about that, but it is still possible for them to make progress. It is important for them to improve their income level and status in a wide variety of jobs and in their own level of interest, because if we don’t see any improvement in this, we’ll see a decline in the percentage of ultra-Orthodox women employed.”

Silman has different problems, stemming from the very liberal nature of her workplace. “I have red lines. There are some things I won’t do,” she says. “Obviously, I won’t do reality shows. That goes against everything I grew up on. I do documentaries and I always have dilemmas. Should I use a hidden camera or not? After all, it’s deceptive. It’s a lie. Can I say that I always stick to my principles? Unfortunately not. It hurts a bit, but I try not to get used to it. That’s why it’s important for me to go home every day, to leave bohemian Tel Aviv and go back to the ultra-Orthodox greenhouse that is my home. It protects me.”