The Islamic State plans to use Mosul's 1.5 million residents as a human shield in its inevitable battle against the Iraqi army and international forces. 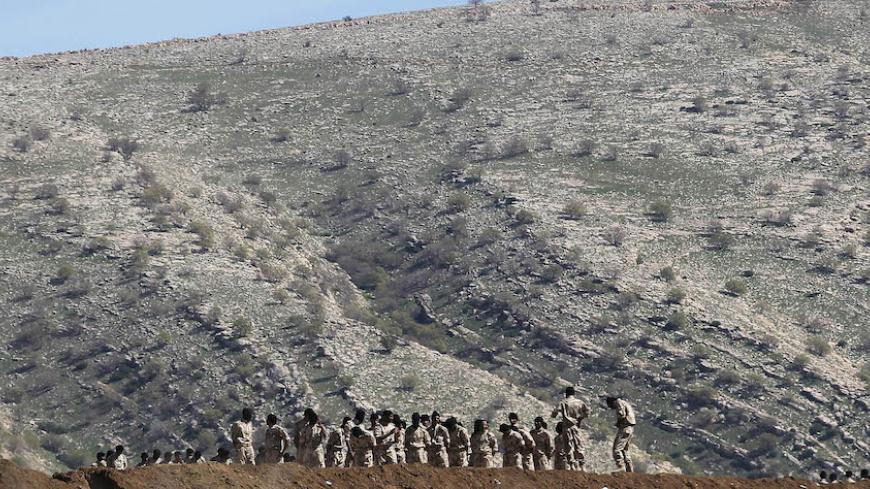 Volunteers from different Iraqi factions, including Kurds and Yazidis, train at a camping area on Bashiqa Mountain, around 15 kilometers (9 miles) northeast of the Islamic State-held city of Mosul, March 7, 2015. - REUTERS/Asmaa Waguih 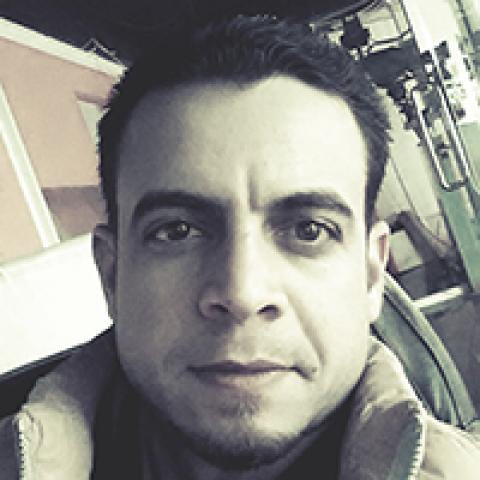 While the Iraqi army and popular mobilization forces wage bloody battles to liberate Tikrit from the Islamic State (IS), the terrorist group is  preparing to protect Mosul in anticipation of the next battle.

Mosul residents are expecting a huge battle involving the international alliance’s air force — and perhaps US ground forces — to liberate the IS stronghold. The organization’s militants have been digging trenches, erecting a high wall and taking other measures that can no longer go unnoticed by Mosul citizens.

A Mosul resident who chose to use the pseudonym Sabah al-Ali told Al-Monitor, “For weeks, large vehicles have been working on digging a trench around the city.” He said that the trench is about 2 meters (6.5 feet) wide and over 1.5 meters (5 feet) deep, extending over long distances from the city's west and south, about 10 kilometers (6 miles) from the nearest inhabited area.

Ali said that digging such a huge trench is a massive project requiring laborious efforts. For that reason, IS agreed to pay a contractor $4,000 for each kilometer of trench.

An employee of Mosul’s municipality directorate told Al-Monitor on condition of anonymity that IS is using the vehicles of the municipality's service departments to dig garrisons at the main entrances of the city and to plant visible explosive barrels on the roads.

These projects are being implemented not far from the international alliance’s air raids, which targeted several drilling vehicles on Feb. 15. The municipality employee said that an air raid destroyed his large drilling equipment, which IS had seized in February to dig garrisons in As-Sahaji, south of Mosul.

He said that a high wall had also appeared along Mosul's roadsides. The wall is made of cement blocks, which Iraqi security forces hid behind to take cover from the coalition’s airstrikes at Bawabat al-Sham, the western gateway to the city.

Eyewitnesses in Mosul said that IS formed a second defense line outside the city with the cement blocks, placing them about a kilometer from the trench. The wall appeared on both sides of the road leading to Mosul to obstruct cars, except in areas tightly controlled by IS.

IS is expecting a battle and is using all its capacities to prepare. Despite the intense shelling by the international coalition, IS continues to produce booby-trapped cars, bombs and explosive barrels in the Mosul industrial regions under its control. Moreover, IS' bombing of the city's entry points and main roads persist, so as to obstruct entry into Mosul.

Although the preparations are not secretive, few people in Mosul know their details, given the residents' constant fear. Still, residents have noticed other details that might seem insignificant to outsiders. For instance, IS members have begun to mask their faces while walking in the markets and punishing civilians in public, out of fear that the tables might turn on them.

What scares Mosul residents most is that they cannot leave the city. Mosul resident Ahmad Hamdani and his family have been trying to relocate to any region controlled by the Iraqi state for two weeks but to no avail.

Khaled Younis, a travel agency manager, told Al-Monitor, “Many families are seeking an escape, as they feel the danger is approaching. The expected military operations will be harsh, but IS militants have ordered us to suspend flights and close travel agencies.”

A doctor from Mosul told Al-Monitor on condition of anonymity that the new instructions issued by IS only allow sick people to leave, provided they give proof of the impossibility of treatment in Mosul hospitals. A committee led by a Tunisian doctor who is an IS member was delegated with distributing medical reports. Healthy people can no longer obtain travel permits.

The Iraqi doctor is one of the few who is allowed to travel to Baghdad to visit with his family. They have been apart for four months, and he stayed only two weeks in Baghdad before returning to Mosul. He was only allowed to travel on condition of his return, which one of his relatives had to guarantee, lest he be killed.

These unprecedented measures have intimidated many citizens and made them all the more aware that IS militants will fight until death. IS is playing a very dangerous card by using Mosul's 1.5 million residents as a human shield. A humanitarian catastrophe is looming.

The majority of Mosul residents are no longer free to make decisions in their lives. Most have caved to the pressures and accepted their fate.

Meanwhile, they await the imminent battle. Many families have even started storing food supplies in anticipation of an unknown future.