Iranian officials have called for the postponement of Turkish President Recep Tayyip Erdogan's April trip to Tehran based on his comments that Iran is trying to "dominate" the region. 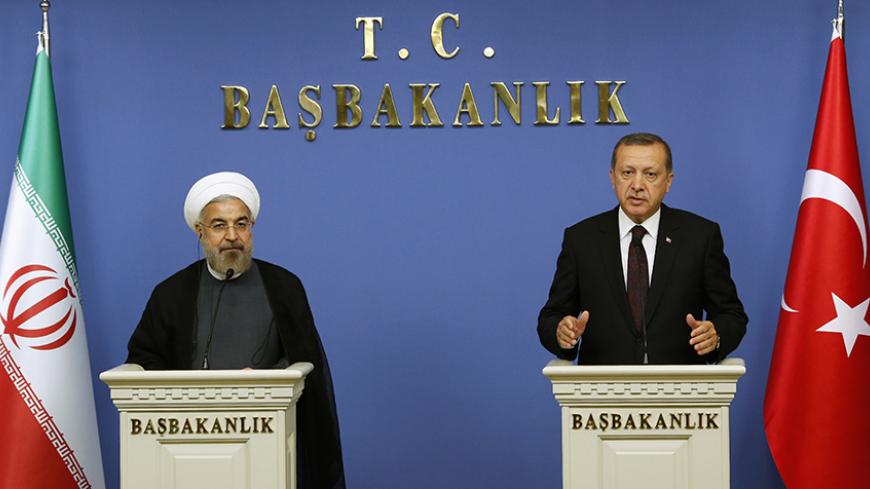 Iranian officials have condemned Turkish President Recep Tayyip Erdogan for his comments against Iran’s regional reach, and an Iranian member of parliament has asked the Foreign Ministry to postpone Erdogan’s scheduled trip to Tehran in April.

Conservative Iranian member of parliamant Ahmad Tavakoli said, “In consideration of Mr. Erdogan’s baseless comments, our Foreign Ministry must postpone his trip to Iran,” adding, “When an individual who holds the post of president of a country lacks so much respect for a neighboring country that at the beginning of his trip talks about Iran’s foreign policy, it is not necessary to show eagerness for the creation of relations.”

Tavakoli was responding to comments made by Erdogan at a March 26 press conference, when he said that “Iran is trying to dominate the region,” and that it “cannot be tolerated.” Erdogan called on Iran to withdraw forces from Yemen, Iraq and Syria. Previously, in an interview with France 24, Erdogan also expressed support for Saudi Arabia’s bombing of Yemen and said that Turkey may offer “logistical support.”

Despite supporting opposing sides in the civil war in Syria, Iran and Turkey have been able to maintain political and economic relations. But these statements by Erdogan are the harshest against Iran since the peak of Tehran-Ankara ties in 2010, when Turkey, along with Brazil, tried to broker a nuclear deal between Iran and the West.

Erdogan’s comments did not sit well with a number of other officials either. Iran’s Foreign Minister Mohammad Javad Zarif said, “Those who have brought about irreparable damages from their own strategic mistakes, it is better for them to adopt responsible policies toward the existing capacities to create calm in the region.” Zarif added, “We give importance and have respect for our strategic relationship with Turkey in various fields.”

On the issue of Yemen, Zarif said, “The Islamic Republic of Iran is ready to participate with all of its brothers in the region to facilitate talks between all the various groups in Yemen to secure unity and to return stability and security to the country.”

Tavakoli said that Zarif’s comments “were not enough” and that he needs to take a firmer stance. He also rejected Erdogan’s comments that Iran is trying to dominate the region.

Given that both Iran and Turkey have survived supporting opposing sides in the very bloody war in Syria, it’s doubtful at this point that Yemen will cause a drastic deterioration in ties. Syria is much more important to both Iran and Turkey. Iran has spent considerable resources supporting President Bashar al-Assad while Turkey has done the same supporting his opposition. Neither side has much of a stake in Yemen. Iran’s support for Houthi rebels is marginal for now. And Saudi Arabian bombing of Houthi rebels and forces of former President Ali Abdullah Saleh has so far received only verbal support from Erdogan.