The attack on an Iranian parliament member by plainclothesmen may be related to the upcoming parliamentary elections. 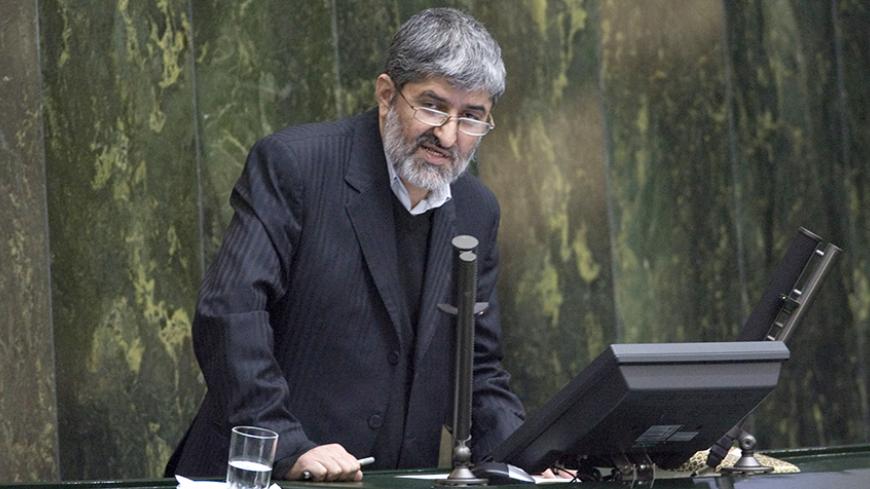 On March 9, conservative Iranian member of parliament Ali Motahari arrived in the city of Shiraz to give a speech at an event organized by Shiraz University reformist student association. However, on the road from the airport to speak to the university his car was attacked by plainclothesmen on motorcycles. The windows of the taxi were broken and Motahari suffered minor wounds above his eye.

Motahari, who said he felt the attackers "had come with the intent to kill or mutilate," took refuge with the taxi driver inside a police station for more than three hours before the assailants dispersed. Part of the attack was even caught on video.

There have been no arrests yet but attacks such as this are often blamed on rogue elements within the security and intelligence establishment. Some media, however, believe that these attacks are in fact related to the 2016 parliamentary elections.

While Motahari is technically a conservative political figure, especially on cultural policies, his vocal and relentless support for ending the house arrests of the 2009 reformist presidential candidates has endeared him to Reformist and moderate politicians. This support has also attracted the wrath of hard-liners who continue to insist that the 2009 postelection protests were a “sedition” aimed at overthrowing the system.

President Hassan Rouhani called the attack “shocking and unfortunate” and ordered both the interior and intelligence ministers to pursue the case. Iran’s interior minister summoned the governor of Fars province to Tehran to account for the event.

Head of parliament Ali Larijani thanked the president and the judiciary for pursuing the case. In a very telling comment, Larijani said it’s possible that the attackers may have thought “that for the sake of the system this act was justified religiously,” but that they should understand that attacking a member of parliament whose job it is to speak freely on matters of the country is “in opposition to the system.”

Reformist media gave the attack widespread coverage, conducting extensive Q&As with Motahari as he recounted the event. However, conservative media, while mostly condemning the attack, also cast doubts about the event.

Two days after the attack, Jahan News wrote that Motahari’s conservative critics have always used “reasoned and logical methods to criticize Motahari’s extreme positions.” Therefore, Jahan argued, the attack on Motahari is “suspect and raises many questions about the motivation and identity of the attackers.”

In one of the more controversial responses, Shiraz Friday prayer leader Hojat al-Islam Imani, rather than condemning the attack, said, “A traumatic event may take place, but we have to see who created this environment for a traumatic event to take place.” He added, “Numerous times I have warned that there are signs that the window to sedition is being reopened.”

To put matters in a wider context, the editor of Reformist Arman Daily, Javid Ghorbanoghli, wrote that these attacks have to be viewed within the lens of the parliamentary elections. He wrote that while attacks on members of parliament are not unprecedented — hard-liners once pelted Larijani with prayer stones — the attack on Motahari “is a new chapter.”

The article stated that there are four important points in this event. First is that it will make clear Rouhani’s position on such events, particularly since the “weakness” of the governor of the province was no secret. Second, one of the goals of the attackers was to entangle Rouhani in a crisis and he must avoid an “aggressive or radical” response. Third, this attack cannot be viewed as the last attack, since Rouhani’s advisers have warned about “dirty money” in politics. Rather, more attacks like this can be expected as the parliamentary elections approach. And fourth, that all the institutions within the government must work to prevent these types of attacks and it can’t just be the administration’s responsibility.

Given the significance of the issue, the editor called the upcoming parliamentary elections a “turning point” because this is a “key issue that once and for all one has to stand against this and never allow it to be repeated.”