Iranian minister slammed for warning of 'dirty money' in politics

Iran's Interior Minister Abdolreza Rahmani Fazli has been forced to walk back his claims that money from illegal drug smuggling has entered politics. 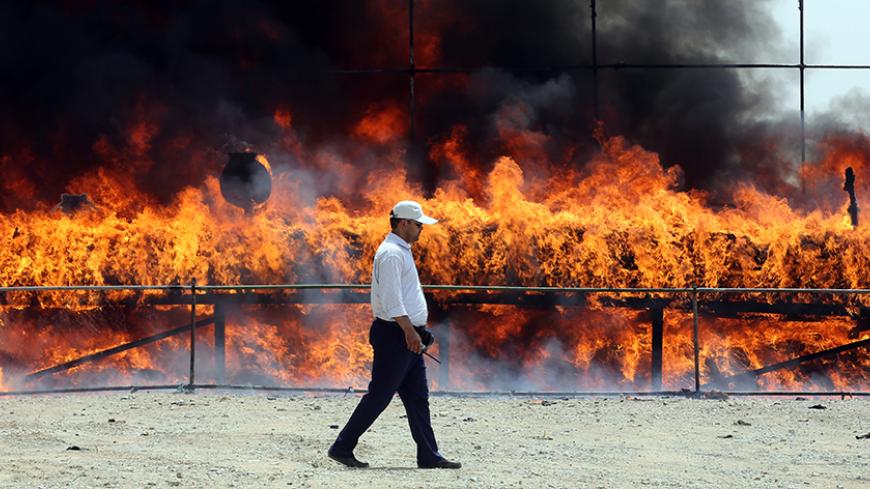 After his warning about the entrance of “dirty money” into politics, various offended officials have demanded that Iran’s Interior Minister Abdolreza Rahmani Fazli clarify his statements.

Fazli, who is also the secretary-general of Iran’s Drug Control Headquarters, said Feb. 21 that $3 billion has entered the Iranian economy from drug smuggling. This figure, he warned, equals two-thirds of the country’s developmental budget.

Fazli continued, “Without a doubt, some of the dirty money from the smuggling of illegal drugs enters the political field, the elections and the transfer of power.” As an example, he said that approximately $600,000 had been spent by one candidate during a city council election, too large a sum of money to be entirely clean. He said that there must be efforts to prevent money from drug smuggling from entering politics.

After Fazli’s comments, 30 members of parliament presented him with a number of questions challenging his assertions. The questions, which were published by Tasnim News Agency and other outlets, accused Fazli of “undermining the healthiest and most transparent electoral system of the world” and asked him why he didn’t consider the “reaction by foreign media” to such a claim.

On March 2, Fazli reiterated his claim that dirty money had entered politics but attempted to tone down his accusations. He said that he wouldn’t let "politeness" interfere and had even told commanders of the police force about the problem, but also that his statements had been “distorted.”

Fazli claimed that what he had really said was, “If politics and illegal drugs are not controlled, dirty money will enter these arenas.” Despite the attempt to soften his position, Fazli's Feb. 21 comments clearly stated that dirty money had already entered politics.

Parliament Speaker Ali Larijani also entered the controversy, criticizing Fazli in an open session of parliament covered by state television. “Lately, one of the ministers made two statements about the entrance of money from drug smuggling into the foundations of power,” Larijani said.

He continued, “If there is information about such a transfer of money into power, it should be stated. What use is this circular and unclear statement, other than creating doubts about the country? Do we not have laws in this country? If someone has information about this, they should inform the judiciary to pursue it.”

Fazli responded to Larijani’s comments that he had simply given a warning to be careful that dirty money does not enter politics, and feels that Larijani was given incorrect information about his original statements. However, Fazli added that despite Larijani’s declarations about the country having laws, major corruption cases have rocked the country. Fazli said that he is ready to speak to a closed session of parliament to discuss dirty money, and that he expects parliament to work with the Interior Ministry on this issue.