Hundreds of Turkish university students have landed behind bars on such dubious grounds as making press statements, demanding free transport and health care, celebrating Women’s Day and even reading Marx. 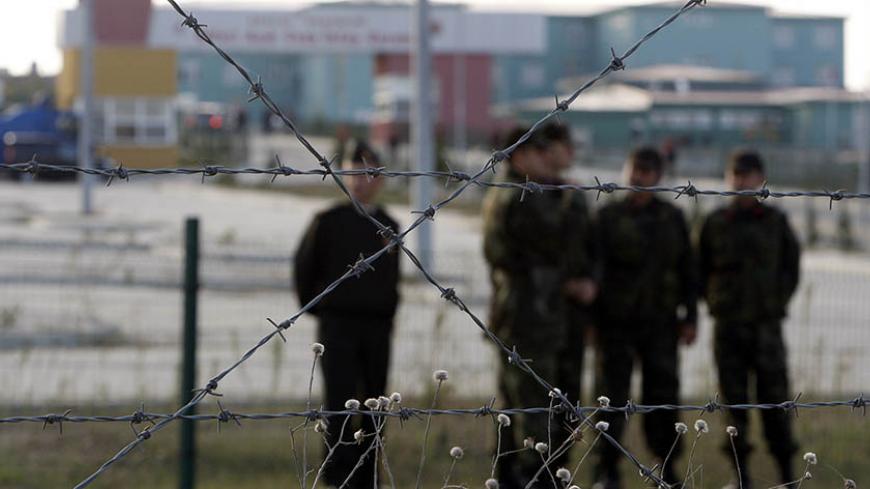 The entire world knows it now: being a woman, a worker or a journalist is not an easy business in Turkey. And what about being young? Bowing down to authoritarian fiats is even harder for Turkey's youth. Leading a free and joyous life, pursuing dreams and speaking their minds are not things that young people can enjoy in Turkey today. Rather, they are constantly on alert about what they write and read, and even what they wear. Those who dare to speak their minds are not forgiven, especially if they refuse to be the “pious and vengeful” youth President Recep Tayyip Erdogan imagines.

According to Veli Agbaba, deputy chair of the main opposition Republican People’s Party (CHP), more than 3,000 university students are currently in prison, accused of various crimes but mostly of membership in a terrorist organization. Some have landed in jail for carrying pictures of revolutionary leaders or brandishing banners for free education, others for selling tickets for concerts of leftist bands.

Other “unforgivable” crimes they have committed include reading out statements to the press and attending such events; reading Marx’s books; supporting the “Saturday Mothers,” who have been holding weekly sit-ins for 20 years for missing relatives; celebrating International Women’s Day on March 8; visiting the offices of the leftist Halkevleri group; attending May Day events and protesting against the Higher Education Board; demanding free transport and health care; calling for a democratic university; opposing the construction of hydroelectric power plants; and advocating environmental rights.

To draw attention to the little-debated plight of imprisoned students, Agbaba organized a press conference with parents in parliament in late January. He showed journalists posters of Turkish leftist leaders from the 1960s, which the judicial authorities had used as incriminating evidence against students. The government, he said, targeted especially leftist, secularist and pro-democracy youth because it saw them as a threat.

“The men who cut the throats [of Christian missionaries] at the Zirve Publishing House in Malatya in [2007] have walked free, but those young people are in prison. Some are students of medicine in the final year of their studies. What they have in common is that they come from poor families,” Agbaba told the press conference.

“Let alone reading out a press statement, even attending such events has been considered grounds to convict them of membership in a terrorist organization. The evidence presented in those cases is ridiculous. Here is what [evidence] indictments contain: a broken red umbrella, a scarf and a shawl, a plastic horn, a headband, a loudspeaker, the Communist Manifesto, a wall calendar, a vest, a T-shirt, a cake and an mp3 player,” he said.

Agbaba stressed that even suspects accused of coup plots, military espionage and Kurdish separatism in a series of controversial court cases had been released, while university students, sentenced by the same now-defunct special authority courts, continued to languish in jail because their sentences were upheld by higher courts.

The number of inmates has increased 175% since 2005. The CHP has set up a “prison commission” to monitor prisons, penning more than 100 reports and publishing five books on the issue over the past three years. According to the commission, solitary confinement and social isolation of inmates have become common practice in the so-called F-type prisons — high security jails introduced more than a decade ago to replace crowded wards with cells for one to three inmates. Other jails are reported to be overcrowded, including one with a 350-person capacity where 1,300 inmates are incarcerated.

He offered alarming observations from the cases of prosecuted youth: “We’ve come across cases in which evidence against university students included an umbrella one held while exiting the subway, or eggs another bought from the grocery store, or a scarf one wore around his neck. In one trial, for instance, the police report against university students who frequented an association in an office building in Izmir said, ‘They go to a room next door … at certain intervals, carrying rolls of organizational documents.’ During the hearings, we learned from the defense that those papers were toilet rolls the students took when they went to the toilet. Students are sentenced under a provision penalizing ‘spreading propaganda in favor of a terrorist organization without being a member of that terrorist organization,’ which the government has added to the law. Students are being intimidated, bullied, suppressed, arrested and immediately put on trial, which is a message both to the students and their parents. Those offenses are, in fact, offenses that do not require pre-trial detention and [the sentences] should be suspended.”

“Education is one of the individual’s most important rights. First and foremost, one usurps and wastes the university students’ right to education by throwing them in jail,” Basaran told Al-Monitor.

He added, “We have a very sluggish judicial system. Cramming jails with university students means the decay of national values. The idle time spent in prison is a punishment in its own right for young brains, which unsettles them psychologically. The government should consider education and learning options to reinvigorate and reclaim the young population in the prisons."

Jailing university students on political grounds chokes further their prospects in life in a country where unemployment, income disparities and human rights violations are already rife. University students are supposed to be able to freely discuss the most unconventional of ideas. In Turkey, however, their freedoms are being increasingly suppressed and their right to education restricted, a problem which has attracted little debate but keeps silently growing.