The release of the state comptroller's report has confirmed the lavish household expenses of Prime Minister Benjamin Netanyahu and his wife, Sara, but it may not matter on election day. 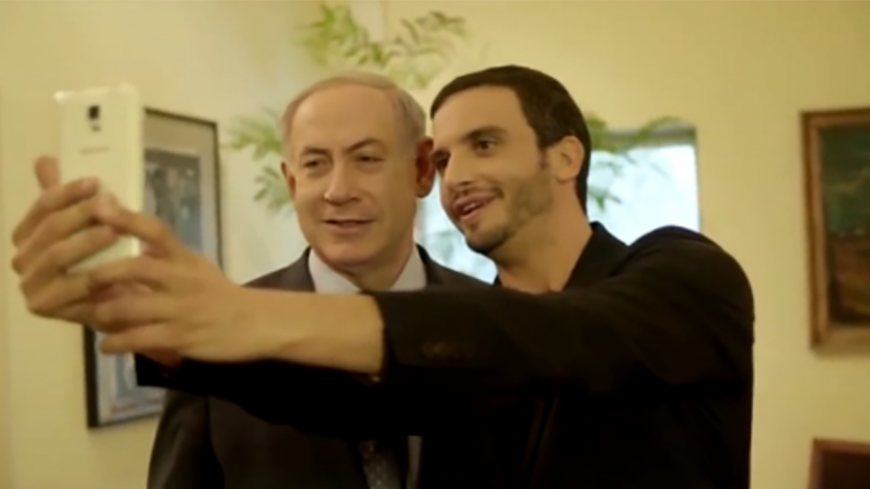 “Right now, Likud Party supporters are split between those who plan to take some anti-nausea medication before voting for [Prime Minister Benjamin] Netanyahu, and those who are convinced that the left-wing media are trying to bring him down, making their support for the Likud only stronger.”

This analysis of the political state of affairs in the Likud comes from none other than a senior Likud official, the morning after all the outrage over the state comptroller’s Feb. 17 report on “expenses associated with the prime minister’s residences.” In other words, it was a reaction to reports of ostentatious spending and an overly indulgent lifestyle in Netanyahu’s two homes. The report, released exactly one month before the March 17 elections, describes the Netanyahu family as completely aloof and unrestrained in the use of public funds. It is true that testimonies about what actually takes place in the premier's official residence on Jerusalem's Balfour Street are hardly news, and the vast cost of maintaining their private home in Caesarea has long been public knowledge. This time, however, the uninhibited spending feast is a verified fact, bearing the imprimatur of the state comptroller.

For example, hundreds of thousands of shekels were spent on costly food deliveries from hotels and restaurants, even though the prime minister’s official residence employs an in-house cook. There were extravagant cleaning expenses, too, and the hiring of an electrician in the Caesarea home, who happens to be a friend of the family and a Likud Party activist. He was given work despite an explicit ban on using external services, perhaps even raising criminal concerns. Employees of the prime minister’s residence were even forced to pay for purchases, tips and light meals for the prime minister out of pocket, without ever being reimbursed.

If evidence was needed to prove that the couple living on Balfour Street was shameless, and that they believed, like Louis XIV, that l’état, c’est nous — the state, it's me — and that they don’t show the slightest inkling of consideration for the broader public, it could be found in the state comptroller’s report. It is no longer possible to claim that the stories are all just tawdry gossip or the result of some personal vendetta.

The release of such a report just one month before the election should be nothing less than a public and political bombshell, with the potential to be enormously damaging. In a proper, law-abiding country, Netanyahu would have resigned long ago, but in this sense, Israel is hardly a proper, law-abiding country. In most cases, the Israel public doesn’t hold its elected officials to account for ethics violations. The same thing happened in the past under the late Prime Minister Ariel Sharon, when the Greek island scandal erupted right before the 2003 elections, and it’s what happened with former Prime Minister Ehud Olmert. He had to be removed from the Kadima Party leadership in an especially humiliating manner right before the 2009 elections because he would never consider resigning on his own, although he was already suspected of serious criminal behavior. Even while he was up to his neck in criminal investigations and trials, he still considered himself to be a legitimate candidate for prime minister. So much so, in fact, that he even thought about running again in 2013. At the time, senior politicians and heads of the defense establishment, including Meir Dagan of the Mossad and Yuval Diskin of the Shin Bet, supported him.

In 1992, the Likud government fell when the Labor Party, headed by Yitzhak Rabin, launched a campaign under the slogan, “Dirty politicians, we’re sick of you!” That victory, however, was attributed to Rabin, who succeeded in winning the support of voters from the right. It is not at all certain that the Labor Party would have returned to power without a candidate like Rabin at the helm.

That is why the hopes and expectations that the Zionist Camp and the left are placing on this report about the prime minister’s improprieties are overly inflated and unrealistic. If anything, they point mainly to the distress that the left is facing. As scathing as the report is, and at some points it really does evoke a sense of bilious revulsion toward the Netanyahu couple, it will not cause Likud supporters to switch their votes to the Zionist Camp or Meretz. As one senior member of the Likud stated, when Likud supporters feel like they are about to lose power, they turn into wounded animals defending their lair. Netanyahu is familiar with this particular trait among his supporters, which is why he did everything he could to exacerbate those feelings over the past two weeks.

Netanyahu knew he couldn’t prevent the report from being released before the elections, so he launched a pre-emptive strike instead. His campaign's release of viral video clips over the past few days, as well as the excruciating saga of the Israel Prize (with Netanyahu's attempts to interfere with the winners selection), and the deterioration of the relationship with the United States and President Barack Obama, were just a warm-up act before his performance to the right-wing Likud base. This battle over the heart and soul has been waged by Netanyahu personally, with his wife, Sara, and his elder son, Yair, at his side. According to accounts from senior members of the Likud, Yair is playing an active role in the current campaign. Yair and Sara are very dominant, functioning as a self-contained team. It was Yair who nudged his father to the social networks and revealed the wonders of Twitter to him.

In the weekend preceding the report’s release, Netanyahu tightened his control over the ensemble of messages relayed to senior Likud officials. These senior Likud members were later dispatched to defend him and his wife to the media. Top officials like Minister of Interior Gilad Erdan, Minister of Transport Yisrael Katz, Minister of Strategic Affairs Yuval Steinitz and Deputy Minister of Transportation Tzipi Hotovely kept tabs on the messaging. They were even involved in the wanton, since-discredited accusation that Manny Naftali, the overseer of the prime minister’s residence who has since been fired, was the one responsible for the lavish spending.

Netanyahu is intimately familiar with the minds and souls of his top officials. They are in his hands now, squabbling over who will get what senior ministerial position, should he form the next government. Some of them recently visited the house on Balfour Street, where they were treated to a personal tour by Sara Netanyahu. Displaying a total lack of self-awareness, she showed them the damp, peeling walls. When Benjamin Netanyahu goes to war over public opinion, there is absolutely nothing that can hold him back. That is why he cooperated with the Internet self-publicity video produced by stylist and designer Moshik Galamin. In that film, Sara shows Galamin how run down the prime minister’s home really is, and confides that the couple’s favorite meal is schnitzel and chips. It has already become a viral sensation, with several hundred thousand views. Nevertheless, all the derision and scorn at her expense and all the parodies of that film will not convince Likud voters to support Herzog and Livni instead.

At the same time, Netanyahu also made an effort to bolster his status among the ultra-Orthodox electorate. Right at the time the report was released, he met with ultra-Orthodox journalists in his home, promising them that he would invite the ultra-Orthodox parties to join his next coalition and even that he would revoke the sanctions imposed for violating the Israel Defense Forces draft law, which were introduced at the Yesh Atid Party’s request.

This was no innocent move. Netanyahu is putting the infrastructure in place for the day after the election. The Zionist Camp may end up being the largest party, but Netanyahu is ensuring that even then, Herzog won’t have a majority of Knesset members visiting the president to recommend him to form the next government.

And so far, Netanyahu has reason to be calm. An Army Radio poll published Feb. 18 showed that despite the severity of the state comptroller’s report, the public remains rather apathetic to its findings. If Netanyahu ultimately does fall from power, it won’t be because of the report.

A month is a long time before the elections. A snowstorm expected the evening of Feb. 19 will blanket the agenda and wash everything else away. In about two weeks, Netanyahu will address the US Congress, forcing the media and politicians alike to focus solely on that. That’s what happens when you are the kind of prime minister who knows how to seize the agenda by the horns.