Sensing the disillusionment of the Israeli public over the Palestinian issue, Prime Minister Benjamin Netanyahu has focused his campaign agenda elsewhere. 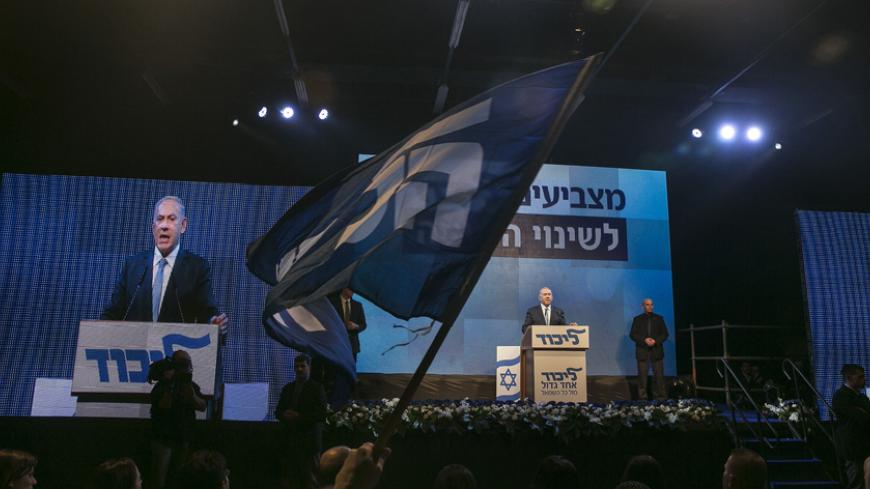 Only little public or political debate has been generated by the fascinating Feb. 12 expose on the Walla news website, according to which Prime Minister Benjamin Netanyahu had pulled out of a framework agreement with the Palestinians in July 2011, at the last minute. This is the case despite its importance to an electorate that will choose Israel’s next prime minister March 17.

According to journalist Avi Issacharoff, President Shimon Peres and Mahmoud Abbas, head of the Palestinian Authority, had conducted advanced talks for a year, with Netanyahu’s knowledge, and formulated a framework agreement for renewing negotiations between the two sides. The framework agreement was based on the familiar plan for two states within the 1967 lines and with land swaps, with discussion of the refugee and Jerusalem issues to be postponed to negotiations on a permanent agreement.

That the talks took place had previously been revealed by Ben Caspit, who reported Aug. 1, 2011, that Netanyahu had imposed a last-minute veto on a meeting between Peres and Abbas, scheduled to take place in Amman July 28, because he did not want negotiations to go forward. The extent of the talks between the two sides, however, and their advanced stages, are only now being revealed.

One might have thought that the issue of negotiations with the Palestinians would have interested Israelis in the current election campaign, given the escalation of unilateral Palestinian moves at the United Nations and the erosion of Israel’s standing in Europe and the United States during the past six years of Netanyahu rule. Israelis, however, were busy this week with campaign video clips of the various candidates, Netanyahu’s upcoming address to Congress and the storm it has generated, the affair involving Sara Netanyahu’s recycled bottle deposits, upcoming layoffs at the Israel Chemicals plant in the south, the scandal over the Israel Prize and the prime minister’s attack on Yedioth Ahronoth and its owner, Noni Moses. Without making light of this long list of issues, it highlights two things: the first is that a month before the March 17 elections, the chairman of the Likud is dictating the agenda and steering it to areas in which he enjoys an advantage; the second is that there is no significant and serious political and public debate about the diplomatic process with the Palestinians.

On the eve of the elections, public interest in the diplomatic process is virtually nonexistent, even less so than before the 2013 elections. Tzipi Livni, chair of the Hatnua Party, made the diplomatic issue a central agenda item of her campaign and garnered six seats in the Knesset. Today, she has moved to a different political base, the Zionist Camp, which is conducting a confused campaign. The Likud Party’s main rival issued a platform on diplomatic issues, but its campaign has not focused on it, and hardly no one knows what is in it. Meretz, the eternal pro-peace party, fighting to bring back voters, has placed peace with the Palestinians at the top of its agenda, and is even attacking Livni for having betrayed center-left voters time after time. Its ability to influence the public discourse, however, is negligible. Thus, diplomatic negotiations remain on the margins of the election campaign, a niche agenda item no one considers a vote getter.

Most of the center-left voters are convinced that there is no partner on the other side, and that at this point in time, Israel should strive to manage the conflict rather than investing effort in its resolution. This is the same public that in 1999 heard Prime Minister Ehud Barak blame PLO leader Yasser Arafat for the collapse of the Camp David talks and the ensuing eruption of the second intifada, despite the far-reaching proposal Israel offered. These are people exhausted by the violence during the horrible years of the second intifada, the Hamas rocket barrages after the 2005 disengagement from Gaza and fear of the tunnels exposed during Operation Protective Edge this past summer. One can assume that not only the moderate left, but most Israelis, are tired of dealing with the Palestinian issue, which appears to defy solution.

These are the same people who heard former Prime Minister Ehud Olmert blaming Abbas for running away at the last minute from a permanent agreement. They have probably not stopped for a minute to wonder whether the Palestinian Authority chairman was perhaps right in not wanting to sign an agreement with a prime minister who was about to be removed.

These are the people who just this past April heard the woman put in charge of the negotiations by the Netanyahu government, Justice Minister Livni, accuse the Palestinians of scuttling the talks by going to the United Nations on their own. When asked in media interviews whether Abbas was a partner, she answered, “He will need to prove that he’s a partner.” So what is the public that hopes for an agreement with the Palestinians supposed to think if even Livni herself, like the leaders on the right, doubts the sincerity of Abbas' intentions?

Livni, who did not quit the Netanyahu government of her own volition but was fired by him less than three months ago, has contributed in a major way to the erosion of the diplomatic issue in Israeli society and to the despair it arouses. The campaign of the Zionist Camp, her current political home, also prefers to deal with the recycled bottles scandal and personal attacks on Netanyahu rather than wave the diplomatic banner.

Throughout the past decade, leaders on the center-left — Barak, Olmert and Livni — who conducted negotiations with the Palestinians out of a true desire to reach an agreement, have been telling the Israeli public that there’s no one to talk to. This is in addition to the damage they caused by serving as fig leaves in the past two Netanyahu-led right-wing governments. They have contributed to strengthening the diplomatic arguments of the right wing, and to removing from the agenda the important debate for and against an agreement with the Palestinians based on the idea of a two-state solution, to the point where it has become one of the most negligible issues of the 2015 election.