In a speech in Esfahan, Iranian President Hassan Rouhani has said that Iran does not need a nuclear bomb to secure its safety. 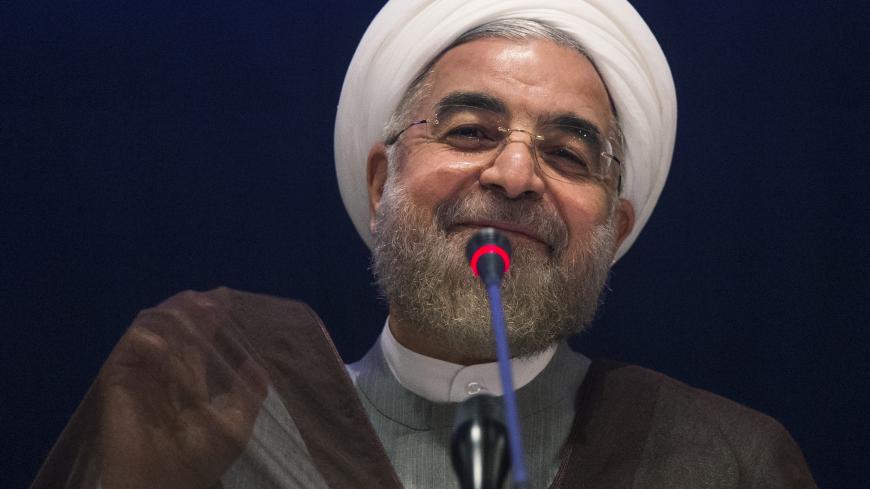 As Iranian and the Western negotiators continue to work toward a settlement to the decade-long dispute over Iran’s nuclear program, a number of Iranian officials have made statements addressing concerns that Iran may be seeking a nuclear bomb.

The latest statement comes from Iranian President Hassan Rouhani, who was elected in 2013 in hopes of de-escalating tensions with the West by reaching a comprehensive nuclear deal that would remove international sanctions against Iran.

During a speech at Esfahan’s historic Naqsh-e Jahan Square, Rouhani told critics who accuse Iran of clandestinely using its nuclear program to acquire a nuclear weapon, “You who have built an atom bomb, and have given the criminal occupying Zionist regime the atom bomb, have you been able to create security for yourselves and this regime with these bombs?”

Rouhani said, “We don’t need an atom bomb. We have a great, devoted and united nation. We have a dear youth that, despite all the pressure and sanctions, launched a satellite into space.”

On Feb. 3, Iran launched its Fajr satellite into space using a domestically built satellite carrier. The move raised concerns at the US State Department, which said that Iran’s missiles program is included in the ongoing nuclear negotiations between Iran and the UN Security Council. Iranian negotiator Abbas Araghchi denied these claims, saying that Iran’s missiles are of “completely defensive nature” and that they have not been nor will they be part of the nuclear negotiations.

During his speech, Rouhani, who campaigned on and has promoted stronger economic ties with the West, took an unusually harsh tone toward the United States, saying, “You still have not been able to give your people insurance coverage. You still have not been able to resolve the issue of treatment in America, but in the Islamic Republic of Iran, with the support of the people, individuals on average only pay 4% of their medical costs.”

On the sanctions that have dealt heavy blows to Iran's oil sales and overall economy in the last several years, Rouhani said, “The Iranian nation is not afraid of threats and sanctions and has continued the development of the country and will continue it with power.”

Esfahan was the capital of the Safavid empire, which ruled Iran from 1502-1736. During that era, Iran recaptured some of its surrounding territory under a new regional power rivaled only by the much larger Ottoman empire. The Safavids made Shiism their state religion and helped promote this minority sect, though this process took time and the newly found Safavid rulers initially needed to make up for the shortage of Iranian clerics with Shiite clerics from Lebanon and Iraq. In today’s geopolitical and sectarian climate, Arab Shiites, particularly in Iraq, are sometimes derisively referred to as Safavids by sectarian and extremist Sunni groups.