Ankara has canceled the authorization of 51 honorary consuls as part of its war on the Gulen movement while President Recep Tayyip Erdogan presses African governments to shut down Gulenist-founded schools. 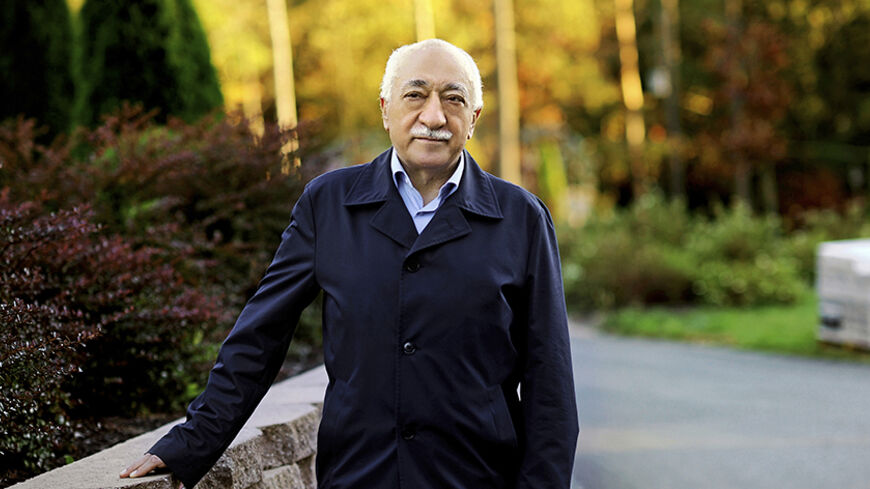 Bent on dismantling the “parallel state,” Ankara has embarked on a reckless campaign that threatens to undermine Turkey’s foreign relations. After corruption probes targeted Cabinet members in December 2013, it came as no surprise when the Justice and Development Party (AKP) government dismissed and reassigned thousands of police officers, prosecutors and judges in the course of a fierce war on the movement of cleric Fethullah Gulen. No one would have imagined, however, that Ankara would go so far as to dismiss dozens of honorary consuls in Turkey and mount a diplomatic offensive to force the closure of Gulenist-founded schools abroad.

Honorary consuls representing 51 countries in Turkey have seen their authorizations revoked. In remarks to reporters last week, Foreign Minister Mevlut Cavusoglu offered the following explanation: “In light of information provided by the National Intelligence Organization, we decided not to renew the authorizations of certain countries’ honorary consuls in Turkey because those individuals belong to the parallel setup and work against Turkey abroad. To enjoy certain rights as an honorary consul and then go working against Turkey is something we cannot accept.”

Asked how Ankara would explain its decision to the countries in question, Cavusoglu said, “We cannot allow people working against Turkey, trying to destroy Turkey, seeking to smear Turkey’s image and spreading disinformation and slander about Turkey to be honorary consuls. It’s that simple.”

Though the minister spoke of a decision not to renew authorizations, some of the honorary consuls in question told Al-Monitor on condition of anonymity that they have received dismissal notifications from the Foreign Ministry. The details are tricky here: Since the Foreign Ministry lacks the authority to make such dismissals, some honorary consuls have reportedly come under pressure to resign.

Honorary consuls are typically people of high social status chosen on the basis of confidence, and their appointments are approved by the Turkish authorities. To start treating them as traitors overnight is incomprehensible. These are people with extensive business ties both at home and abroad, and stigmatizing them in a witch hunt is cause for indignation. Yet, they prefer not to speak out, wary that their business connections may suffer.

According to the Foreign Ministry’s website, 322 honorary consuls currently represent 180 countries in Turkey, not including those whose authorizations have been canceled. The number of honorary consuls has grown in recent years, echoing the significant increase in Turkish diplomatic missions abroad. The honorary consul system offers the advantage of lower costs and less red tape in building bilateral ties and economic exchanges. Countries often opt for honorary consuls to manage bureaucratic and economic ties on their behalf instead of opening embassies or consulates.

Based mostly in developing provincial cities, the honorary consuls are granted a number of privileges. They enjoy a semi-diplomatic status and their offices have diplomatic immunity. They have the right to request state protection, enjoy diplomatic protocol and can attend official bilateral meetings. Their vehicles can use the green license plates granted to consulates. They enjoy VIP service at airports and, if they so wish, can carry the red passports issued to Turkish diplomats and top state officials.

Education Ministry is no replacement

Ankara’s efforts to force the closure of Gulenist-founded schools abroad is of a similar delicate nature that casts a shadow on Turkey's diplomatic ties. The issue was high on President Recep Tayyip Erdogan’s agenda during his African tour last week that took him to Ethiopia, Djibouti and Somalia. Erdodan announced that any closed schools would be replaced with schools operating under Turkey’s Education Ministry. Speaking after his meeting with Ethiopian Prime Minister Hailemariam Desalegn, he said, “We are telling the countries we visit to shut down those places and that the services they provide could be then offered via our Ministry of Education, which is about to finish [preparatory] work on the issue.”

Ankara’s push has borne fruit only in Gambia over the past year. The Gambian leader, a close friend of Turkey since the times of the late President Turgut Ozal, agreed to shut down the Gulenist-founded school in his country in return for aid from Ankara.

Notably, the many schools the Gulen movement has opened abroad were once considered a component of the “soft power” the AKP government boasts of. Like his predecessors, Erdogan used to visit those schools in his foreign trips and proudly vouch for them to his hosts.

Can Ankara have what it wants? The campaign to close the schools seems to be a tall order.

In an interview with Al-Monitor, Tercan Ali Basturk, secretary-general of the Gulen-linked Journalists and Writers Foundation, offered the following overview of the situation: “The schools have won the confidence of intelligence, bureaucratic and social quarters in the host countries. No country would allow a foreign nongovernmental group to open schools without a prior security clearance investigation or leave the schools without supervision afterward. Those countries are aware of the written and verbal assurances the AKP government provided in the past 12 years, so they don’t take the demands for their closure seriously today. They see those demands as the policy of a certain group within the AKP rather than a state policy.

"No doubt, they take the cautions seriously. If the schools are really harmful, those countries’ own security services can determine that for themselves and do what is necessary. But they won’t shut down the schools just because the AKP so wants. Moreover, they follow the developments in Turkey through their own diplomatic missions and [can see] the reason behind those demands. The schools were not opened easily and they cannot be closed that easily now. First of all, the schools are civic [initiatives]. They can’t be even called ‘Turkish schools’ today. True, in the beginning, the school staff was composed of Turks. But over time, the graduates of the schools joined the staff. The schools follow the curricula of the countries in which they are. They belong not to Turkey but to those countries.

"Why would those countries shut down their own schools? Because of the high-quality education offered, the children of senior bureaucrats and politicians studied in those schools. Some [graduates] are now in senior public positions. Asking for the closure of the schools amounts to meddling in [those countries’] domestic affairs. The schools are no different from [Istanbul’s] Bogazici University [founded as a college by Americans in the 1800s]. Who can claim today that Bogazici University belongs to the United States? Or how about if the United States asks for the closure of the university? The schools wouldn’t have been authorized in the first place had they been an official extension of the Republic of Turkey. No one would ever let the [Turkish] Education Ministry come and teach its own curriculum in their countries.”

Things do appear to be complicated. Only a few days ago, Benin’s President Thomas Yayi Boni bestowed the national order of honor on the head of the local Gulenist-founded school, sending yet another signal that the Turkish government’s campaign is on an uphill track.