Iran's President Hassan Rouhani has proposed direct referendums to sidestep the parliament and resolve key issues in the country. 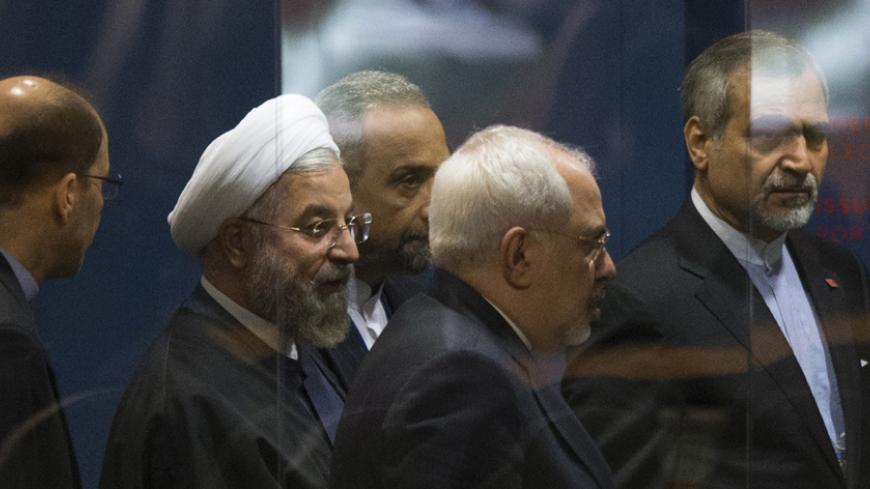 Iranian President Hassan Rouhani is surrounded by security while commuting to meetings on the sidelines of the 69th General Assembly at the UN Headquarters in New York, Sept. 25, 2014. - REUTERS/Adrees Latif

Unable to outmaneuver the elected and unelected conservative officials to implement economic and social reforms, Iranian President Hassan Rouhani has suggested direct referendums to resolve key issues. His proposal has garnered strong reactions from a number of Iranian conservatives and prompted various analyses over social media.

At a Jan. 4 economic conference in Tehran, Rouhani said, “Until when should our economy subsidize our policies? It subsidies both our foreign and domestic policies. Let’s reverse this relationship for one decade. Let’s have our foreign policy subsidize our economy, and let's see what happens to the people, their livelihood and the employment of their youth. Let’s ask the people. ”

In an interview with Fars News Agency, conservative Kayhan newspaper's editor Hossein Shariatmadari said that Rouhani misunderstood the two articles in the constitution pertaining to referendums.

Conservative Mashregh News reported that instead of distracting the public, Rouhani should “give the reasons for the ineffectiveness” of his foreign policies. Its article read that many people are wondering why despite Iran's “suspending a great deal of the nuclear program, the price of the dollar has increased and the price of oil has dropped? Why have the sanctions increased? What is the limit of [Rouhani’s] confidence-building with the enemy? And finally, when are the people going to see the results of a different diplomacy in their lives?”

Since Rouhani handily won the 2013 presidential elections in the first round, it’s been assumed that many of his more liberal economic and social policies are in line with the general public. If a direct referendum ever happens, it would most likely benefit the president and mobilize society in his favor. At the very least, it would put the conservative parliament, judiciary and security forces in a position where they would be forced to openly take on reforms rather than obstruct them in Iran’s opaque political arena. Referendums would also force Supreme Leader Ayatollah Ali Khamenei to take open positions on a number of issues.