Following the unexpected results of the 2013 elections, can Israeli pollsters grasp the socio-economic concerns of young Israelis expressed online? 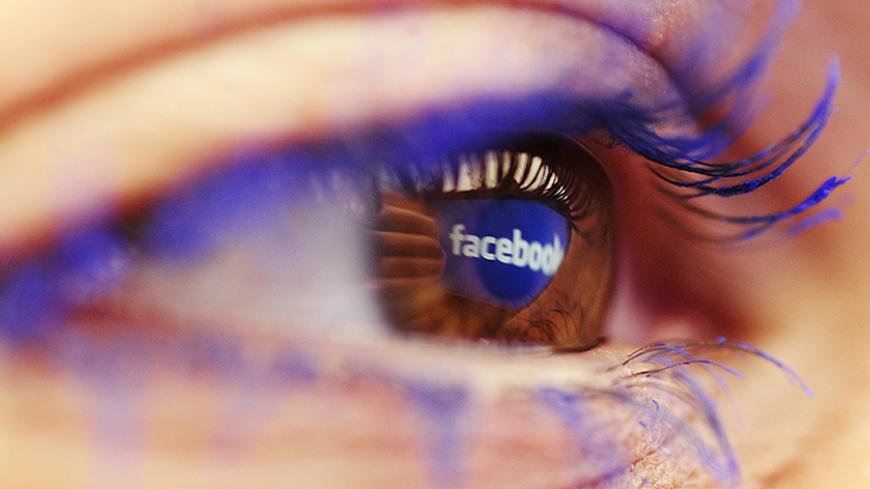 A Facebook logo reflected in the eye of a woman is seen in this picture illustration, Nov. 6, 2014. - REUTERS/Ognen Teofilovski

Two public opinion polls published this past weekend point to a dramatic piece of data that has been swept aside in the rush of information on the segmentation of the votes and the suitability of candidates for minister of defense.

In a survey published by Israeli TV Channel 10, supervised by veteran pollster Camil Fuchs, 53% answered that cost of living and welfare issues will be the main considerations that will influence their vote in the election. Only 24% answered that they will be influenced by security threats. This result, during a week that a diplomatic-security agenda dominated — starting with the attack in Syria attributed to Israel and continuing with the conflict between Prime Minister Benjamin Netanyahu and US President Barack Obama — is surprising. In a country where we’ve gotten used to the hegemony of security issues in every realm, this data suggests that deep changes are happening in Israeli voting patterns.

In another poll presented on Israeli TV Channel 1 by Stella Karayoff, CEO of Tellaseker, the same trend was evident. Of those polled, 49% answered that the issue of the cost of living will determine how they vote, compared to the 39% who said the diplomatic-security issue will determine their choices, even though the poll was conducted while the diplomatic-security agenda dominated Israel.

Despite the security tensions, Israelis continue to be concerned chiefly about their socio-economic situation and desire change, ever since the summer 2011 social protests deeply influenced voting trends.

The election of 2013 is remembered as a big polling fiasco, after the polls missed Yesh Atid leader Yair Lapid’s meteoric rise that led to 19 Knesset seats. In the weekend preceding the election, Lapid was predicted to win only 8-13 seats. After the election it turned out that unwatched currents, mostly young people connected over social media, had gone unnoticed by the pollsters and created a kind of mini-bang.

Even today, half a year after Operation Protective Edge, which exposed Israelis to a long and troubling security crisis and disrupted their lives even in major cities, economic troubles continue to overtake security issues. It could be that on election night 2015, we will also see a different political reality from what pollsters predict.

It is no coincidence that three parties are running on an almost exclusively social agenda. The ultra-Orthoodx Shas, led by Aryeh Deri, is appealing to the poor with its "invisible" campaign. Kulanu, the party led by Moshe Kahlon, is appealing to the lower middle class. Yesh Atid is continuing to appeal to the upper middle class and to young people. At the same time, Labor and Meretz have strong social components.

Social media analysts point to a kind of parallel universe among young eligible voters aged 18-30. In their opinion, the trends that started to take down the old political structure in 2013 will continue to shuffle the political cards this time as well.

Orit Perlov, an analyst of social media in the Arab world, tells Al-Monitor, “I think that we haven’t fully absorbed the fact that the polls don’t represent reality. It happened in 2013 and it will happen again. There’s a whole generation of young people that isn’t counted, but is very engaged. It wants to know that it can make an honest living.”

In the course of her work, Perlov also compares what happens in the Arab world to what happens on Israeli social media networks, especially now in an election season. She says, “In Egypt, young people are always saying, ‘You can cover the pot but inside it’s boiling.’ This means that the underground streams of change continue to be active all the time. Young Israelis aren’t different. They are concerned about corruption, the cost of living and their financial future. Therefore, this will impact voting patterns this time as well.”

According to Perlov, the young Israelis make up a population segment that is very aware of its situation through social media, compared to other groups in the world. She says, “There are many educated young people who can’t find work. They want very simple things: an honest living and financial stability. They went out to protest in 2011, but change hasn’t happened.”

Itzik Alrov, who started the cottage cheese protest, argues that socio-economic issues continue to trouble a whole generation and that on social media, this is the topic of conversation even on days dominated by security news. In an interview with Al-Monitor after Operation Protective Edge, Alrov said that the social protest continues to be active.

Alongside the cost of living, the war on corruption is also catching on. Not for nothing did Lapid identify this point as the soft underbelly of Israelis and build an entire campaign around this issue. Lapid is an expert at taking the pulse of social networks, and he understands that he has a winning card there. In an era when transparency invades our lives and cases of corruption by the old order are uncovered almost daily, Lapid pointed a finger at this issue and is seeing the fruit of his labor: He succeeded in distancing himself from his failure in the Ministry of Finance and is seeing a nice upswing in the polls.

Independent journalist Tomer Avital, the creator of the “hundred days of transparency” project, revealed Jan. 19 that Lapid had "forgotten” to disclose an apartment he owns that is rented to a relative on his declaration of capital. The article disclosing this information, published in a busy week of diplomatic-security issues, was one of the most read online and a lively discussion developed around it.

Avital sees a connection between the social protest, social networks and transparency that is becoming central to the demands of young people from their elected representatives. He tells Al-Monitor, “Young people aren’t being deceived by a security agenda or empty diplomatic programs. They want to know what happens behind the scenes and today, there are ways to get information.”

Avital and other journalists are giving chase to politicians in recent weeks, demanding that they provide up-to-date declarations of capital. He says, “It’s a fact that the topic of declarations of capital isn’t getting off the agenda. The public wants to know. Eldad Yaniv, for example, the corruption fighter, hasn’t disclosed a declaration of capital for months even though we hounded him. In my opinion, this is one of the reasons he wasn’t voted into a realistic spot on the Labor Party’s list. They punished him for this.”