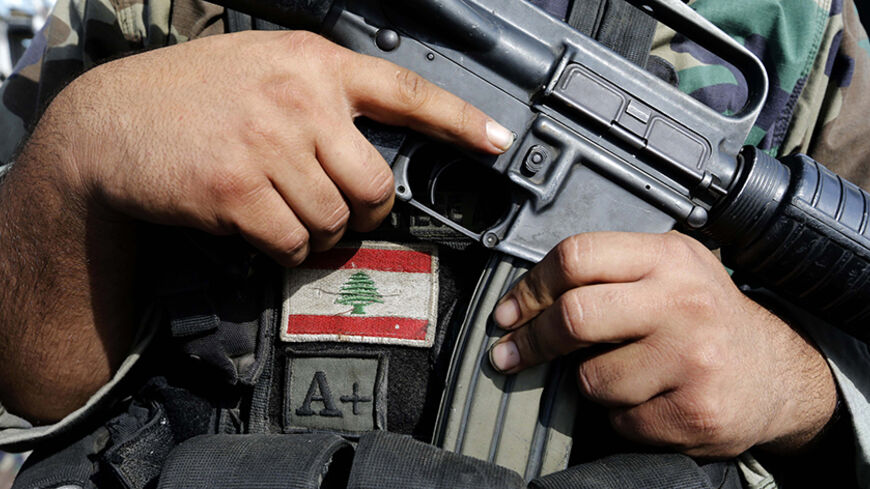 A Lebanese government source told Al-Monitor that negotiations between the Lebanese government and armed terrorist groups affiliated with the Islamic State (IS) and Jabhat al-Nusra, which captured 25 Lebanese soldiers Aug. 2, 2014, has become limited to two mediators only. The first mediator is publicly known, represented by the mayor of the town of Arsal, Ahmed al-Faliti, while the second remains secret, though it is known he is from Arsal.

Located in northeast Lebanon along the Syrian border, Arsal is adjacent to the rural areas where terrorists are deployed.

The government source, who spoke on condition of anonymity, said that negotiations with the militants to release the kidnapped soldiers has been complicated and has yet to yield positive steps. However, both sides have recently agreed to develop specific grounds for negotiations.

From the beginning, militants have followed the orders of multiple authorities who have different, sometimes contradictory, demands. The fact that several mediators handled the negotiations at first made matters worse, but eventually a clear process has been defined.

Initially, negotiations began with militants making demands, stating that they would trade a single Lebanese soldier for 50 prisoners affiliated with their group, including detainees in Lebanese and Syrian prisons.

Afterward, the Lebanese government agreed to engage in talks to establish a safe area for the militants in the mountainous region where they are deployed. The government implied that it had agreed to turn Arsal and the surrounding areas into some sort of a safe passage for militants.

According to the source following up on the negotiations process, all these matters were clarified in the past week, setting defined grounds for mediation between the government and the militants.

The source said that both sides agreed to the prisoner exchange, though the deal excludes individuals who have been accused of terrorist attacks or who have attacked the Lebanese army. Many of the prisoners on Jabhat al-Nusra’s exchange list are not even serving official sentences; they have been detained without trial on different charges, such as helping an accused person or calling a prisoner serving a sentence.

Moreover, those who have been imprisoned via official rulings are excluded from the exchange, as this would necessitate a presidential decree of amnesty, which is not possible at the moment, given the presidential vacuum. Also, a general amnesty decree could not be issued in parliament, as parliamentary blocs disagree on whether the parliament is allowed to issue such decrees in the absence of a president. As such, parliament’s legislative role has been obstructed since May 2014.

It has been also agreed, according to the same source, that the release of Islamists from Syrian prisons is out of the question at the moment, as the Lebanese government is avoiding any coordination with the Syrian authorities.

The same source added that the negotiating parties have reached a comprehensive rather than a partial agreement. The Lebanese side informed IS and Jabhat al-Nusra that it would not accept a partial agreement or a gradual release of the kidnapped soldiers. One of the two militant groups has agreed to release all the captured soldiers at once. It has been agreed that any negotiable deal will be based on inclusiveness; if the parties reach a final exchange deal, the prisoners will be released at the same time, not in phases.

Jabhat al-Nusra is detaining 16 Lebanese soldiers, and IS nine. The source added that negotiations with Jabhat al-Nusra have been well underway before the last suicide bombings in Tripoli on Jan. 10, and the storming of Roumieh prison that followed.

According to official information from Lebanese authorities, Jabhat al-Nusra fears that IS will control its strongholds in the rural areas along the Syrian-Lebanese border. Thus, it is concerned that it will miss the opportunity to exchange prisoners. The same source said that Jabhat al-Nusra is concerned about IS’ possible control over Jabhat al-Nusra's posts in Qalamoun. This is why the latter pushed forward the negotiations with the Lebanese government more than IS.

Jabhat al-Nusra had cooperated with the two Lebanese mediators before all connections were lost after recent events. However, the Lebanese authorities are optimistic that they will pick up negotiations where they stopped.

The source added that information indicates that militants are planning to head north inside Syria, especially toward the Syrian town of Qara in Homs, where they have been informed of the locations of the strategic areas of the Syrian regime and its Russian allies. The militants are likely getting ready to launch and control these locations. Therefore, the demand of the safe area is no longer on the table, not to mention that the Lebanese government had completely rejected the idea.