Jordan’s execution of 11 prisoners last month took the kingdom by surprise and drew a mixed response, including among the royal family, with one prince criticizing it as a “step backward” for the country. 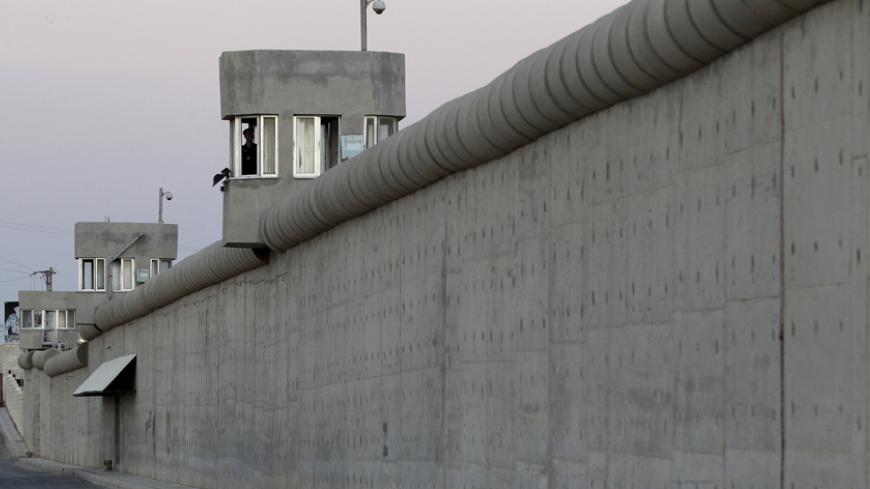 AMMAN, Jordan — The execution of 11 convicted murderers by hanging on Dec. 21 brought an end to an informal eight-year moratorium on capital punishment in Jordan, which is now gearing up for a new round of executions, an official source familiar with the situation told Al-Monitor.

All the executed men were between the ages of 30 and 40 and had been convicted by the Criminal Court between 2004 and 2005 for committing violent, premeditated murders, some multiple murders. A royal decree was required to proceed with the executions, which although in line with Jordan’s conservative religious community and tribal customs, set a precedent in the Western-backed kingdom’s recent history: Never before had more than three people been executed at once.

Today, 114 convicts remain on death row in Jordan. Twelve are women, including Sajida Rishawi, a failed Iraqi suicide bomber who participated in the 2005 Amman hotel bombings claimed by al-Qaeda in Iraq that killed 60 people and injured dozens.

An official speaking on condition of anonymity told Al-Monitor, “A new batch of prisoners has already been moved to the Swaqa Correctional and Rehabilitation Center and is now waiting for the death sentences to be carried out.” Swaqa, located some 100 kilometers (62 miles) south of Amman, is the only penal institution in the country with a death chamber.

On Dec. 30, government spokesman Mohammad Momani said that the government will continue to implement the death penalty in an attempt to “combat rising crime rates and deter criminals from committing crimes,” a move, he asserted, made in response to “overwhelming public demand.”

Jordan halted executions in March 2006 after the UN Human Rights Council expressed concern over the number of offenses deemed punishable by death. Before the December hangings, the last offenders executed by the state were a pair of Jordanian and Libyan men convicted of shooting and killing Laurence Foley, a US diplomat, outside his Amman home two years earlier.

Public Security Directorate figures from the last several years reveal a rise in the number of crimes committed overall as well as in the rate of premeditated murders, which increased from 50 in 2009 to 87 in 2011, but then dropped for the next two years. During this time, Jordan experienced huge waves of Syrian refugees fleeing their country’s civil war, a diaspora that has led to a 10% increase in the kingdom’s population, leading some to suggest that rising crime rates are simply the result of annual growth in population.

According to a survey conducted during November and December 2014 by the Amman-based Center for Strategic Studies at the University of Jordan, 81% of Jordanians are in favor of capital punishment. Some, however, have criticized the validity of the survey. Rana Sabbagh, a veteran journalist and columnist, and 7iber, a local news website, claim that the documentation lacked evenhandedness and, given that the survey's publication date closely followed the executions, dismissed the results as a piece of government propaganda.

Sabbagh has also suggested that reopening the death chamber without official announcement harms the government's credibility and the discourse on reform in the country. She believes the spike in crime is the result of poverty, unemployment and challenges of globalization, not the absence of the death penalty.

The resumption of executions elicited mixed responses across the country. Political analyst Oraib al-Rantawi told Al-Monitor that although he personally opposes capital punishment, he believed it could help quell revenge crimes between families. He said, “Revenge crimes and murders among tribes and families soared during the death penalty freeze. But now the newly implemented executions will help calm the reactions of the families who experienced a crime.”

Rantawi said approval of death sentences in Islamic teachings makes it difficult for any Muslim country to outlaw the practice. He also noted that a competition of sorts is underway among the Islamic State, Arab regimes and the Muslim Brotherhood to represent the religion’s true form, so any attempt to challenge public opinion on Islam-related topics could be counterproductive.

Differences of opinion on the matter among members of the royal family emerged into public view. Prince Zeid Ra'ad, high commissioner for human rights at the United Nations, joined critics of the executions, calling them “a step backward” for Jordan. Meanwhile, his father, Prince Ra'ad bin Zeid, as a deputy to King Abdullah II, had signed off on the royal decree approving the executions while Abdullah paid an official visit to Bahrain.

“Only a minority of members of parliament oppose capital punishment, but they cannot say it openly. This would cause a major blow to their career,” the official familiar with the matter said. “The [death penalty] is a nonsolution [but] a way for the government to boost its popularity and divert people’s attention from the country’s real problems — price increases, the lowered threshold for income taxes, a controversial Israeli gas deal and soaring poverty and unemployment.”

The European Union delegation in Jordan fiercely criticized the resumption of executions along with individual EU states as well as Norway and Switzerland, which issued a statement calling on Jordanian authorities to introduce a new moratorium as a first step toward abolition of the death penalty.

EU diplomatic sources told Al-Monitor the move could harm bilateral relationships between the kingdom and EU countries, but “it was premature to say to what extent.” The practice is forbidden in the EU.

According to one diplomatic source, “Certainly, countries in the EU will suspend plans to sign bilateral agreements for the exchange of criminals amid concerns about the fate of those handed over to Jordan. Plans for exceptional facilities for Jordanians traveling to Europe could also come to a halt in response to the move.”

The kingdom, whose dependence on foreign aid has made it highly responsive to international human rights concerns, might now, however, feel more confident in dismissing the possibility of repercussions from Western countries that object to the death penalty. “Jordan faces condemnation from Western countries [but] without pressure or conditionality regarding economic assistance or political support,” Rantawi said. “The country’s current importance in the region amid the war on the Islamic State makes it more confident of implementing such a penalty.”