Bennett went too far in plan to reshape his party

The HaBayit HaYehudi chairman failed this week in transforming the traditional image of the party — from a sectorial, religious male-dominated one to a young, vibrant and an all-Israel party. 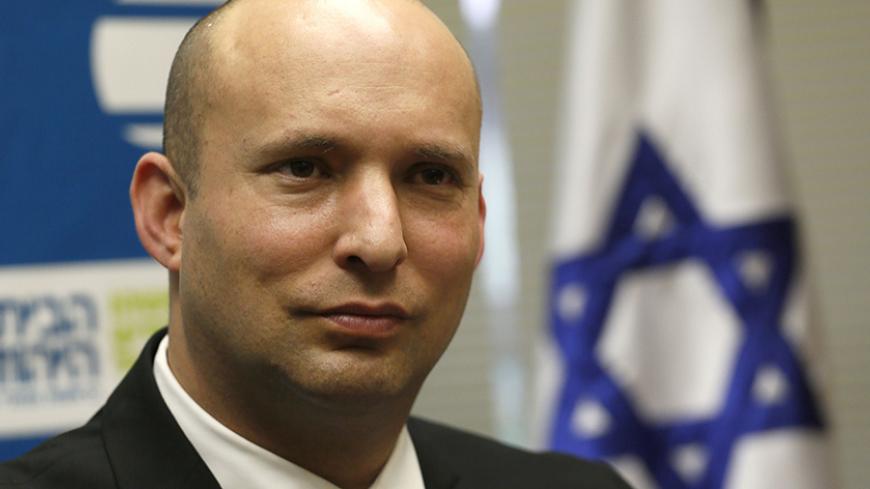 “HaBayit HaYehudi has been accessible to all the people of Israel for a very long time now. This debate is over. When we have a secular woman in the No. 1 spot on the list, followed by Rabbi Eli Dahan, Yinon Magal and Ronen Shoval; when we have people from the army; when we have Ashkenazi and Sephardic [of Middle Eastern/North African origin] Jews; men and women; young and old — the dream has already come true.” Naftali Bennett, chairman of the HaBayit HaYehudi Party, wrote this in a Facebook post on Jan. 30, after former soccer star Eli Ohana announced that he was leaving the party, just three days after Bennett pulled him out of nowhere as a winning card: Ohana is a Mizrahi (Middle Eastern) Jew, a Likud supporter, traditional, successful, popular and secular.

For Bennett, whose personal vision involves becoming prime minister of Israel, Ohana was supposed to hide the true face of HaBayit HaYehudi as an Ashkenazi party relegated to a specific sector, and to help it become Likud II. Bennett estimated that through this transformation, HaBayit HaYehudi could replace the Likud, and he could take over the prime minister’s office.

But vision is one thing and Facebook posts are another. It doesn’t really matter how much Bennett tells everyone that HaBayit HaYehudi is a party of the people with a little bit of everything. It doesn’t matter how much he tries to hide the messianic settlers and the homophobes, who fill respectable positions in his party. This week, it became clear that there is HaBayit HaYehudi, and then there is Bennett.

The Ohana episode with HaBayit HaYehudi was more than just another embarrassing incident for the party's chairman. It has far-reaching consequences and will obligate him — as someone aiming to be prime minister — to make a significant change to his plans, both in the short term and the long term.

This was probably the toughest week Bennett has faced since he took over the National Religious Party (Mafdal, the mother party of HaBayit HaYehudi) less than three years ago, and managed to transform it from a political corpse into the winning horse of the last race. At the time, Bennett was practically unknown to the general public. With enormous talent, remarkable charisma and the skills needed to dominate the social networks, he turned HaBayit HaYehudi into the hottest item in the January 2013 elections, after Yesh Atid leader Yair Lapid. Most of his success could be attributed to the fact that his personality, so contemporary and so Israeli, was able to overshadow the rest of his extremist Knesset list. Almost immediately, Bennett became the poster boy of religious Zionism. Barely 40 at the time, he was a high-tech millionaire who spoke excellent English and who had served in an elite unit in the Israel Defense Forces. He spoke in the hippest slang, flirted with the secular residents of Tel Aviv and kept rising in the polls.

That was exactly the point in time when a small to midsized party like Mafdal preferred to turn a blind eye to the alien invaders that conquered its ranks. And this, in view of very flattering polls he generates, and eventually more strength in the elections. Bennett reached the finish line with 12 seats and restored the Mafdal people into positions of power in the government. From then until the last few days, he reinforced his position in the party consistently, and his control of it, becoming a key political player and even a possible candidate for defense minister. He changed the party’s constitution to reinforce his power base, and effectively became the party’s sole leader. The party accepted all of this because Bennett’s rise gave it a new lease on life.

Then this week, he took things one step too far. He discovered that the face lift he gave the party was just cosmetic, and that the Mafdal’s DNA as a sectorial party of male, Orthodox, Ashkenazi politicos hadn’t actually changed. Advance indications of this first popped up in the primaries Jan. 14, when party members voted in a list that they liked — far right and religious. This was very far from Bennett’s dream of a hip young secular list that would be updated and vibrant. If Bennett wasn’t quite so arrogant, he would certainly have realized then that putting Ohana in the safe 10th spot would not have passed quietly. A secular soccer star of Middle Eastern origin, who supported the 2005 Gaza disengagement plan, was probably too much for them.

Reserving a safe spot for Ohana let all the demons out of the bottle, with the ethnic one being the biggest of all. Proof of this could be seen in a WhatsApp chat between the secular star of HaBayit HaYehudi Ayelet Shaked, who is close to Bennett, and party activists. When the chat was leaked to the press, it revealed what everyone already knew, even if they had no evidence of it. “Naftali [Bennett] wanted to include a traditional Jew of Middle Eastern origin, who had a tough childhood but succeeded,” Shaked texted. “I never actually spoke with him [Ohana], but I’ve been told that he’s intelligent.” Shaked was trying to placate her irate supporters, but ended up adding fuel to the fire instead.

It makes no difference if Ohana withdrew of his own accord or if Bennett asked him to withdraw. The bottom line is that Bennett received a resounding slap in the face and a lesson in the limits of power. I tend to believe that Ohana, who was swayed by Bennett’s renowned charm, suddenly realized that he could be spending the next few years of his life in a radical right-wing party, serving as a Middle Eastern fig leaf for the party’s chairman. He, therefore, did an abrupt about-face, leaving Bennett to deal with the damages.

Meanwhile, just one day after Ohana’s withdrawal, with events on Mount Dov looming in the background, HaBayit HaYehudi has already shown a decline in one of the polls, dropping from 16 seats to 12, while the Likud has shot up from 24 to 27 seats. Bennett may want to become prime minister, but this week he learned that the platform he is running on comes with a glass ceiling. 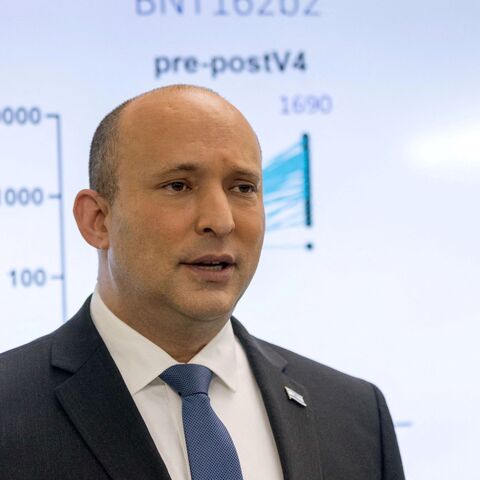