A look at the Middle East issues Congress will be addressing the week of Jan. 26 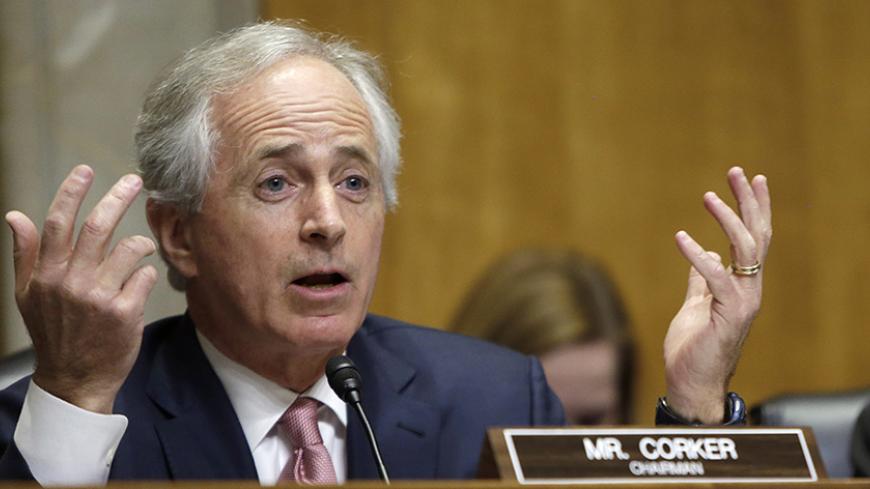 WASHINGTON — The Senate Banking Committee is once again on track to vote on Iran sanctions legislation after an unexpected delay last week.

The markup, scheduled for Jan. 29, will provide the clearest indication to date of where Congress stands. It comes after a whiplash-inducing week that saw President Obama and European diplomats come out forcefully against any sanctions legislation while House Speaker John Boehner, R-Ohio, invited Israeli Prime Minister Benjamin Netanyahu behind Obama’s back to make the opposite case before Congress.

The bill that has been scheduled for a vote was co-authored by Banking members Mark Kirk, R-Ill., and Robert Menendez, D-N.J., and would escalate sanctions on Iran if no deal is reached by July 6. Democratic support for the bill has been steadily evaporating in the wake of intense lobbying from the White House, while fellow Banking member Bob Corker, R-Tenn., is pushing competing legislation that would instead require Congress to sign off on a final deal.

The markup will be preceded by a Banking hearing on the issue Jan. 27 featuring the State Department’s No. 2, Antony Blinken, and Treasury sanctions chief David Cohen. They will be followed by experts from two pro-Israel think tanks, the Foundation for the Defense of Democracies and the Washington Institute for Near East Policy.

The House Foreign Affairs meanwhile will hold its first Iran hearing of the new Congress on Jan. 27.

The hearing won’t feature any government officials — only experts from a range of think tanks — but may offer some fresh insight into the committee’s plans for Iran-related legislation in the new Congress. Chairman Ed Royce, R-Calif., and ranking member Eliot Engel, D-N.Y., are working on their own bill rather than agreeing to pass whatever the Senate cooks up, Al-Monitor first reported last week.

The Senate Foreign Relations Committee, chaired by Corker, will hold a closed briefing Jan. 27 with witnesses from the State Department and the Office of National Intelligence to update members on the status of negotiations. The panel will have a separate closed update Thursday on the campaign against Islamic State.

US leadership in the world more broadly will be in focus in other committees, with Republicans using them to accuse Obama of retrenchment, particularly in the Middle East.

Former Secretary of State Henry Kissinger is set to testify both before Corker’s Foreign Relations Committee on Jan. 28 and the Senate Armed Services Committee of Chairman John McCain, R-Ariz., on Jan. 29, where he’ll also be accompanied by former secretaries of state George Shultz and Madeleine Albright. Kissinger’s Armed Services testimony is part of a series of hearings on "global challenges and US national security"; the committee will also hear from three retired military commanders on Tuesday.

Finally, the House Foreign Affairs Committee’s terrorism panel will hold a hearing Jan. 27 on "The Evolution of Terrorist Propaganda: The Paris Attack and Social Media."