US sanctions expert to leave as Iran talks extended

State Department Iran sanctions official Richard Nephew is among the US officials expected to leave as Iran talks are extended, but Wendy Sherman will stay on as the lead US Iran negotiator. 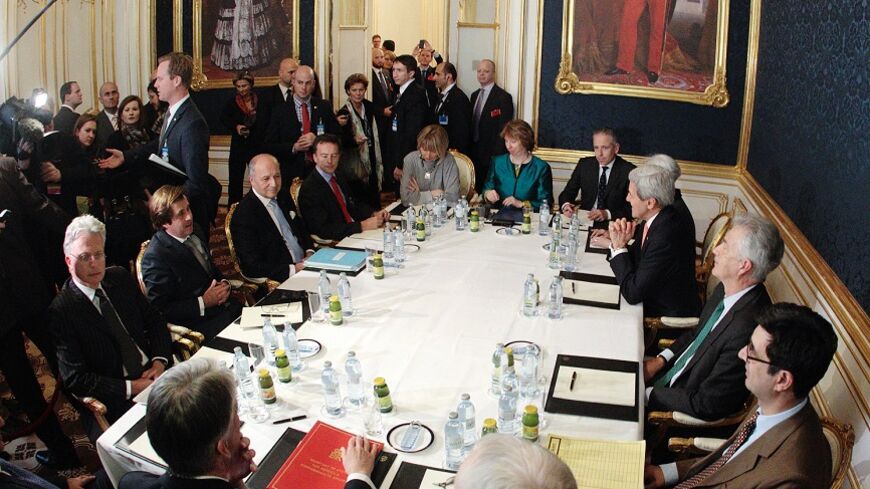 With the decision last week to extend the Iran nuclear deal talks for another seven months, some key members of the US negotiating team, including the State Department’s deputy sanctions chief Richard Nephew, are moving on.

But Undersecretary of State Wendy Sherman will stay on as the lead US Iran negotiator, and US officials said some attrition on the team is normal given the grueling nature of the negotiations, which have been underway mostly in Europe for over the past year, and have now been extended until June 30, 2015.

"Our negotiating team has changed over time and will likely continue to do so given the grueling nature of it and the rhythm of people’s lives and other work commitments," State Department deputy spokesperson Marie Harf told Al-Monitor Dec. 3. "None of those changes have affected the policy or way forward — that continues at the direction of President Obama and Secretary Kerry, no matter who is on the team."

Nephew, the State Department deputy Iran sanctions chief, will leave at the end of the year to spend more time with his family, Harf confirmed to Al-Monitor’s Barbara Slavin.

"Richard [Nephew] has been an exceptional colleague in our negotiations with Iran over the past couple years,” former Deputy Secretary of State Bill Burns told Al-Monitor in a statement. “His skill and creativity, especially on sanctions issues, have been invaluable."

Another top official in the State Department sanctions shop — although one not directly involved in the Iran nuclear negotiations — Deputy Assistant Secretary of State for Counter Threat Finance and Sanctions Peter Harrell, also plans to leave the State Department at the end of the year, US officials told Al-Monitor. Harrell declined to comment. Sources said he plans to start his own advisory firm.

Ambassador Brooke Anderson may also leave after serving for the past year as a senior advisor on the Iran nuclear negotiations to Sherman and Secretary of State John Kerry, US officials told Al-Monitor. The State Department did not immediately confirm if Anderson, who has been based in Brussels, plans to leave.

Asked about the “brain drain” of officials with unique expertise, former Treasury Department sanctions official Elizabeth Rosenberg said they would be hard to replace.

"There are very few people in the world or in this town or in this country who have technical mastery of this, and that is a huge challenge," Rosenberg, now a senior fellow at the Center for New American Security (CNAS), said at the Carnegie Endowment for International Peace on Dec. 3. "It is not a deep bench, and there is attrition there."

While concerning, the attrition should not imperil the negotiations, she said. "Ultimately, the political will [to reach a deal] is so much harder than the technical mastery."

The negotiations have reached a stage and intensity that they can probably withstand the departure of some figures from the negotiating teams, said Clifford Kupchan, chairman of the Eurasia Group and an expert on Iran.

"These are interest-based negotiations, and I don't think personalities matter that much," Kupchan said at an Atlantic Council Iran event Dec. 2.

With the Iran talks extended from their original Nov. 24 deadline until June 30, 2015, it is also not clear how long former European Union High Representative Catherine Ashton will stay on as the top negotiator for the P5+1 — the five permanent members of the UN Security Council plus Germany — after being succeeded in the top EU foreign policy job in November by Italy's Federica Mogherini.

Separately, Kerry announced Dec.3 that he has tapped Amos Hochstein to serve as Special Envoy and Coordinator for International Energy Affairs. Hochstein has been serving as acting special envoy since the departure of Carlos Pascual earlier this year.

Barbara Slavin contributed to this report.