Where have Israeli intellectuals gone?

Israeli society has lost its past esteem for intellectuals and writers, with celebrities, actors, singers and media figures serving as its moral compass. 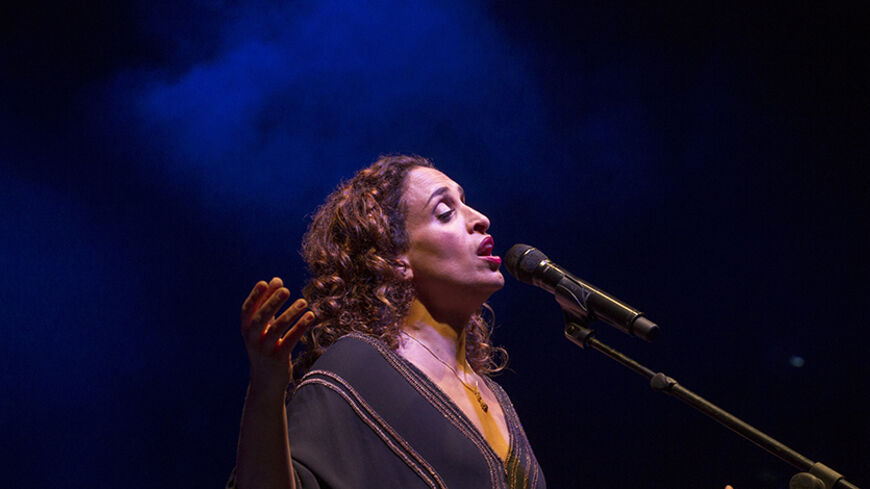 At the main gathering in 2006 to mark the 11th anniversary of Prime Minister Yitzhak Rabin’s assassination, author David Grossman delivered an impassioned speech. “Our leadership is hollow,” he declared, shaking up an entire nation. He gave that speech just a few months after the Second Lebanon War, in which he lost his son Uri. In the years that have passed, however, the voices of Israel’s intellectuals have gone silent. It's hard to remember any statement evoking such a spirited discussion as what Grossman then expressed. His “hollow speech” is considered by many, a posteriori, to have been the swan song of an effective Israeli intellectualism that has publicly expressed itself little of late.

“We grew up on professor Yeshayahu Leibowitz, who foresaw what is about to happen here as far back as 47 years ago. There is no one in Israel of his stature today with the spiritual and moral authority to say a firm 'no,' and have the public swept up behind him,” actor Menashe Noy told Al-Monitor.

Noy dared to make a political statement of his own recently, in an interview with Israeli financial daily Globes in October. Nevertheless, Noy said, the silence is not absolute. “There are writers and thinkers, artists and Nobel Prize laureates, all of whom have signed various petitions, write articles in the newspaper and make statements,” he said. “The problem is that the dialogue has taken the direction that anyone who expresses himself in that way is a traitor.”

Noy is much like other figures from the entertainment world such as Orna Banai and Achinoam Nini (Noa) on the left and Yoav “The Shadow” Eliasi and Amir Benayoun on the right. They have all expressed clear political positions, provoking a heated public debate. In contrast, intellectuals who expressed their opinions have been ignored. For example, Amos Oz, A.B. Yehoshua and David Grossman recently signed a petition calling on Belgium to recognize a Palestinian state, gaining almost no public attention.

In an interview with Yedioth Ahronot’s popular weekend magazine in August, Yehoshua offered a liberal position for wartime (“They are crazy. They are evil. They are extremists. But they are also our neighbors, and it is with them that we have to live.”), but it was his statement of “Women who do not have children suffer from some kind of disability” (referring to the heroine of his new book ''The Extra'') that raised an outcry in the media.

In an interview with the same publication in October, Oz said, “Sometimes the title 'traitor' is a badge of honor.” In that same piece, Oz also said things that could have infuriated some in the left, such as “Sometimes aggression must be stopped by force,” but neither side of the political spectrum was upset about his remarks.

The same is true of even more radical comments. In a dramatic interview with Haaretz, professor Zeev Sternhell warned that “signs of fascism in Israel” have reached a new peak, but no one took to the streets over it.

“There used to be an enormous sense of admiration for people with strength and power,” said Alon Harel, a law professor and a member of the Federmann Center for the Study of Rationality at Hebrew University of Jerusalem. “Even the status of politicians has changed. Nobody cares about politicians today. There has been a process of wearing away at the elites. While the process was justified, it was taken to extremes.” Israel pays the price today of the choice it made concerning its intellectual elite. A world where media and entertainment determine which voices are heard is a world saturated with journalists and celebrities.

In 2002, professor Gabi Sheffer published a seminal article, “The Silence of the Intellectuals.” He wrote, “The number of intellectuals who are prepared to speak out against religious-nationalist attitudes of power, which now dictate governance at home and abroad, is dwindling.” It's as valid today as it was then. “The universities,” he now says, “do not encourage academics to express their political opinions or to participate in various sociopolitical processes. That has impacted the younger generation, which will not go out of its way to take political action. Students are not interested in politics. There is a tendency to veer away from the social sciences, even though they are not quite as bankrupt as the humanities now are.”

Chairman of Professors for a Strong Israel and former Knesset member Aryeh Eldad told Al-Monitor, “Conventional wisdom states that someone could be a professor in the faculty of citrus fruits, but that doesn’t mean that he is smarter than me when it comes to Judea and Samaria. The fact that a person is a talented writer, a philosopher or an ethicist doesn’t necessarily prepare him to be a politician or to express more pertinent political opinions than the owner of a grocery store in Sderot. There was such a realization and awakening also concerning the generals. They once had open access to politics. All they had to do was show up. But we have since seen several idiots from the army in politics, and the public has realized that just because someone was a brave soldier does not mean that he will be a brave politician.”

Harel believes that most intellectuals who express political opinions take positions with which the general public cannot connect, in a language that is hard to understand. “They are completely alienated from the non-academic public, and have no idea that a newspaper or television interview is not some academic seminar where people discuss abstract principles such as justice and equality.”

In October, Yonatan Amir, editor of the independent website Erev Rav, led a conference that examined the activities of artists in response to Operation Protective Edge in the Gaza Strip. “I wonder to what degree intellectuals really were part of the public discussions that took place in the past,” he said. “There were demonstrations then just as there are now, and intellectuals delivered speeches then just as they do now. A number of Amos Ozes wrote articles against the occupation then and now. In both cases, the articles were directed at a relatively small group of readers. The difference is that back then, that small group thought that it was the majority, and even though the message was directed to such a small group, what they said was considered to be a moral absolute that reflected the views of the general public. The decentralization of society at large and the development of new media tools undid this false narrative.”

While Amir does aspire for greater influence by intellectuals over the Israeli public opinion, many young people in Israel feel differently. They do not understand the critical importance of the dynamics that are so essential to the public, where an intellectual elite provokes a critical debate that challenges a whole society.

The role of these eloquent speakers has been taken over by people from the entertainment industry, who are of much greater interest to the public than professors.

“A mediocre song or less by Amir Benayoun will cause more of a ruckus than an article by Sternhell,” Eldad said. "We are crowning celebrities instead of intellectuals and generals.”