Members of the House Foreign Affairs Committee want the Treasury Department to "take all necessary measures" to stop Qatari and Turkish support for Hamas. 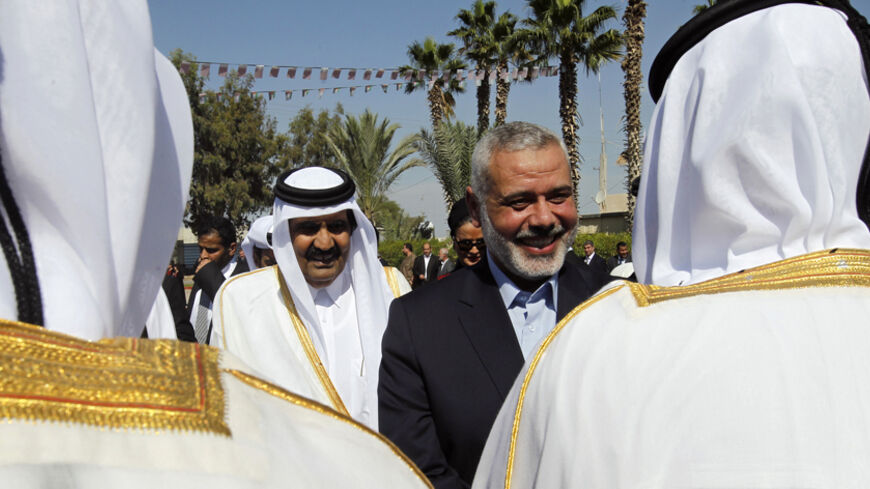 Two key House panels are stepping up their rhetoric against Qatar and Turkey and urging that the Treasury Department take "all necessary measures" against the two countries if they continue to support Hamas.

Leaders of the House Foreign Affairs subcommittees on terrorism and the Middle East are gathering signatures on a letter to the Treasury's top sanctions official praising his efforts to date but demanding his "immediate attention" to their request that more be done. The letter is expected to draw strong bipartisan support and has been in the works since the panels held a joint hearing on Hamas financing back in September, a committee source tells Al-Monitor.

The letter in particular slams Qatar for harboring Hamas leader Khaled Meshaal and for its $400 million donation for Gaza reconstruction in 2012. The country's then-ruler, Sheik Hamad bin Khalifa al-Thani, was the first head of state to visit Gaza since Hamas took over five years earlier in 2007.

"Any entity or nation that continues to back this US-designated Foreign Terrorist Organization and provide it material and financial support should be sanctioned," states the letter to Undersecretary for Terrorism and Financial Intelligence David Cohen. "Therefore, as Members of the Subcommittee on the Middle East and North Africa and the Subcommittee on Terrorism, Nonproliferation and Trade, we are requesting that Treasury use every tool available to designate all individuals, institutions, entities, charities, front companies, banks and government officials who clearly violate US laws by assisting Hamas and its proxies. We also request specific public updates on Treasury’s discussions with the Qatari government on previously designated, Qatar-based terrorist financiers that the Qataris have yet to act upon."

Turkey is also on lawmakers' blacklist for serving as the headquarters for Saleh al-Arouri, whom lawmakers accuse of heading the group's terrorist operations in the West Bank.

"In August, the media reported that he was behind an allegedly thwarted plot to topple, undermine or replace the Palestinian Authority government in the West Bank. Also in August, al-Arouri stated that Hamas was behind the kidnapping and murder of three Israeli teens this June," the letter states. "In addition to Hamas figures that knowingly and openly operate in Turkey, numerous charities, front companies and possibly even banks provide some form of support from Turkey for the terror group. One organization that has been reported to have had direct contact with Hamas is the Humanitarian Relief Foundation (IHH) charity that planned the flotilla incident of 2010. We are aware that Treasury has expressed concerns about IHH’s terrorism connections in the past."

The Treasury Department has repeatedly — and publicly — denounced Qatar's support for Hamas, notably in a March 4 speech by Cohen. The department has also sanctioned a number of secondary Qatari and Turkish entities and individuals over the years, notably in a round of Iran sanctions in August.

The letter is being spearheaded by Reps. Ileana Ros-Lehtinen, R-Fla, Ted Deutch, D-Fla., Ted Poe, R-Texas and Brad Sherman, D-Calif., the chairmen and top Democrats on the Middle East and terrorism panels. Missing from the list of signers are lawmakers who have expressed concerns about antagonizing potential US allies in the war against Islamic State, notably NATO ally Turkey.

Chief among those critics has been Rep. Gerald Connolly, D-Va., a leading member of the congressional Turkey Caucus. Connolly pointed out during the September hearing that when he co-authored a private letter to then-presidential candidate Recep Tayyip Erdogan over the summer admonishing him for his anti-Israel vitriol, Erdogan ended up using the letter in his successful presidential bid.