Egypt has passed a new law defining individuals and entities to be deemed terrorist, prompting fears that many human rights activists and civil society organizations with ties to the Muslim Brotherhood will be targeted. 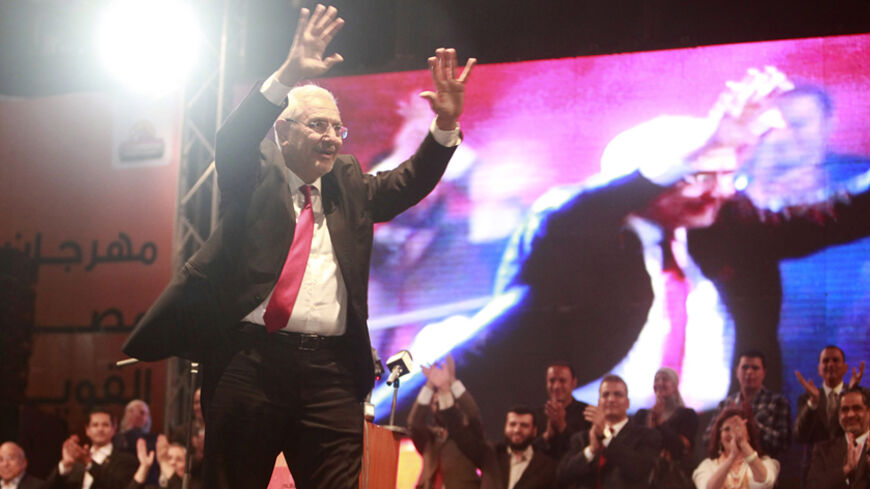 The law defines terrorist entities as “any association, organization, group or gang that practices, aims at or calls for destabilizing public order, endangers society’s well-being or its safety interests or endangers social unity by using violence, power, threats or acts of terrorism to achieve its goals.”

This definition raised the concerns of civil society organizations. Mohammad Zare, the head of the Arab Organization for Penal Reform, told Al-Monitor that the law contains many ambiguous expressions that may be subject to interpretation such as “public order," "endangers national unity" and "social peace.”

He said, “The state may consider criticizing practices that discriminate between Muslims and Copts a danger to 'national unity' or calling demonstrations a violation of the 'social peace.' The law allows for the consideration of civil society organizations and political movements such as April 6 or Kefaya terrorist entities.”

The Cairo Institute for Human Rights Studies issued a statement criticizing the law, protesting that it uses vague and mysterious terminology that opens the door for the possible oppression of opposition voices and civil society. The statement called the law a violation of the constitution as its definitions are not clear, contrary to the decision of the Supreme Court, which ruled that crimes and their penalties be clearly defined in any new law.

Lawyer and law professor Mahmoud Kbeish told Al-Monitor that the law does not include ambiguous expressions, and that there is no need to fear its use against peaceful opponents of the current regime. According to the law, he said, a group is considered a terrorist entity only if it uses violence, power, threats or acts of terrorism to achieve its goals.

Kbeish continued, “This means that any group will only be considered a terrorist entity if its actions are coupled with the use of violence or acts of terrorism.”

The law states that the office of the public prosecutor shall draft a list of terrorist entities and another list of terrorist members affiliated with them, which shall be ratified, rejected or modified by one of the chambers of the Court of Appeal.

The law defines a terrorist as any individual who leads, creates or participates as a member in any of the terrorist entities, if a criminal judgment is issued against that individual or if a court decides to include him or her on the terrorist list.

The legislation threatens any individual affiliated with any of the entities deemed a terrorist entity by the judiciary, in particular the Muslim Brotherhood, since a government decision and a judicial ruling were issued earlier labeling it as a terrorist group. According to some media reports, in the event of the law’s broad application to include some civil society organizations well known for supporting the Muslim Brotherhood, such as Sawsya Center and Alkarama For Human Rights, the law may permit the prosecution of their founders and members unless they submit evidence of having left these organizations. The most prominent of these individuals is Hamdeen Sabahi, the former presidential candidate who co-founded the Sawsya Center.

Kbeish told Al-Monitor, “It is complicated for an individual to prove that he is not affiliated with an entity such as the Muslim Brotherhood, as these entities do not dismiss their members by virtue of legal papers recognized by the public prosecution or the judiciary. This is also the case for dissident members.” The implication is that the law may prosecute some of those who call themselves "dissidents" from the Brotherhood such as Kamal al-Helbawi, a member of the committee charged with writing Egypt's new constitution, Abdel Moneim Aboul Fotouh, a former presidential candidate and member of the Brotherhood’s Guidance Bureau, along with other well-known figures such Mohammad Habib, Tharwat al-Kherbawi and Mukhtar Noah. There are others who may not have legal proof of dismissal from the group, especially in light of the media’s repeated accusations that these figures are in Brotherhood sleeper cells.

Kbeish said, “Including an individual on the terrorist list will [depend] on the investigation by the public prosecutor and the decision of the judiciary, while penalties on the leaders, financiers or members of terrorist entities will be based on evidence submitted by the prosecution regarding their affiliation to a terrorist entity. … This means that including an individual’s name on the list is a precautionary measure against some suspects rather than a punitive measure.”

The law calls for the dissolution and suspension of activities of the entities included on the terrorist list as well as for their temporarily deprivation of political rights, saying, "The entities are to remain on the list for three years at most, and if that period elapses without a final judgment issued proving that the entity or the person is a terrorist one, the public prosecution shall again refer this entity or person to the judiciary to keep it on the list for another term. If the prosecution fails to do so, the entity or the person shall be removed from the list."

Kbeish said, “According to this law, the persons whose names are on the terrorist list are wanted by [the judiciary], and the state authorities shall take the necessary measures to arrest them and bring them to justice.” He explained that they will only be convicted if the prosecution submits compelling evidence that they are affiliated with a terrorist entity, such as the testimony of witnesses and documents or recordings.

Political analyst Rifaat Sayed Ahmed told Al-Monitor that he doubts that the law will be used against opponents or civil society organizations, as some fear. He explained, “Any law may be misused, and the effective application is the standard to be relied upon when assessing a specific law and the intentions of the state. There is no need to worry as long as the law has acknowledged the right of individuals and entities to challenge the court's decision to include them on the terrorism list.”

This legislation may help authorities control terrorism, and its main objective is to do so, according to the explanatory memorandum issued by the Council of Ministers. However, concerns remain, especially since this law confers broad powers to prosecutors and judges to freeze some entities’ activities and mark some individuals as wanted by the judiciary in accordance with temporary decisions, rather than with judicial decisions concluding that they are terrorists.