In economically and politically stagnant Lebanon, expatriate remittances provide a relatively steady inflow of hard currency and serve as a social safety net and cushion. 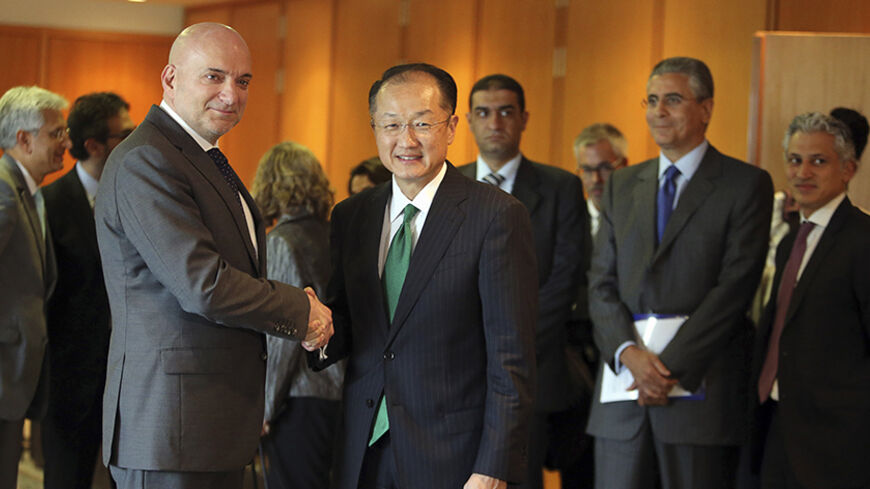 Expatriate remittances are one of the few indicators that recently brought hope for and strengthened confidence in the Lebanese economy despite the current recession. According to the World Bank report “Migration and development brief 23,” issued Oct. 6, remittances for 2014 could reach $7.7 billion, or approximately 17% of Lebanon's gross domestic product (GDP), a 1.6% increase over 2013 figures. Thus, Lebanon came in second in the Middle East in terms of remittances in 2014, behind Egypt and ahead of Morocco and Jordan.

Remittances have always constituted one section of the Lebanese economy, representing an essential part of the country's GDP. Lebanon was ranked first regionally and 13th globally in remittance-to-GDP ratio, which amounted to 17% for 2013. Moreover, remittances are the basic source of hard currency for achieving stability in Lebanon's current account balance, especially in a country suffering from a structural trade deficit. In addition, remittances often take the form of household assistance, and in this instance are essential in driving consumption. They also allow for the weaving of a safety net for controlling the spread of poverty and providing social services, most notably education and health care.

At the financial level, expatriate remittances support the solvency of Lebanon's banks, thus consolidating the banks’ potential to finance the economy, in particular their ability to buy Lebanese treasury bonds. This promotes monetary stability, the only source of stability in a country buffeted by the region's political and security crises, whose repercussions have had negative effects at the economic, military and political levels.

The most important thing about this source of funding is its sustainability and stable growth rate compared to foreign direct investments, which experienced fluctuations and setbacks since 2006. On average, since 2002, remittances to Lebanon have mostly increased, with only a few dips, and have been relatively steady for the past four years. Thus, they constitute a safety valve for the Lebanese economy.

Remittances rely on the rich and diverse Lebanese diaspora of some 18-20 million immigrants, who exceed the number of Lebanese in Lebanon by three or fourfold. Makram Sader, secretary-general of the Association of Banks in Lebanon, told Al-Monitor that remittances to Lebanon primarily depend on an estimated 500,000 Lebanese nationals who have immigrated since 2006.

Commenting on the results of the World Bank report, Sader said, “We were not surprised by these figures, which are in line with our expectations and consistent with the global trend. … The striking point is the remittances-to-GDP ratio [16% of the GDP for 2014], which is a very high ratio even when compared to countries such as Mexico [1.9% of the GDP] and the Philippines [9.8% of the GDP], both known for exporting workforce and for the size of their expatriates' remittance inflows.”

Sader went on, “This indicates an increase of the Lebanese emigrant workforce compared to the Lebanese resident workforce. There are approximately 400,000 Lebanese workers in the Gulf region, which is a high number, compared to the overall workforce in Lebanon of around 1.5 million workers. In other words, a large proportion of productive Lebanese nationals have migrated in the last decade.”

Referring to the World Bank figures, Sader said, “While Lebanese GDP constitutes 2% of total Arab GDP, Lebanese remittances account for 15% of overall Arab remittances.” This is an additional indicator of the massive migration of the Lebanese workforce.

The results in the World Bank report are consistent with those of a study published in October, “Emigrants' financial contribution and its influence on the livelihoods in Lebanon,” by the University Observatory of Socio-economic Reality at Saint Joseph University. The study indicated that Lebanese expatriates in Arab Gulf countries constitute the highest proportion of Lebanese expatriates and provide the largest share at 66.3% of remittances. The study also showed that 61.4% of recipient Lebanese households use their remittances for food expenses, while 58.9% use them for accommodations and 53.9% to improve their living standards.

According to the study, remittances to Lebanon play a role in poverty alleviation and serve as a cushion for social services. The relative frequency of households earning less than 1.2 million Lebanese pounds ($800) a month declines from 21.8% among those who do not receive remittances to 15.9% for families who benefit from remittances. About 52% of members of households receiving remittances have medical coverage, compared to 60% among those belonging to households without remittances. As for education, the proportion of young people dropping out of schools and universities to enter the labor market is higher among families who do not benefit from remittances.

Expatriate remittances are thus a pillar of the Lebanese economy. Their familial and sustainable structure makes them a safety valve at the economic and social levels, especially in the absence of a state capable of adequately managing the affairs of citizens and ensuring their basic rights. Imagine the situation for Lebanese residents if not for remittances in light of the current economic stagnation and the effects of the Syrian war on the country.

If politicians were to look at these figures, they might begin to assess the needs of the citizens and the economy differently. They fully recognize that most of the Lebanese workforce has migrated due to domestic struggles, but nonetheless keep extending a helping hand to their families to fill the void that they, as politicians, have created. They might also tone down their language toward countries serving as markets for Lebanese workers, who weave Lebanon's safety net with the resources they earn.