How long can Lebanon’s private sector bail out government?

Despite the mismanagement and corruption in the Lebanese government, the country’s economy has not collapsed yet because of its private sector and foreign remittances, but that situation may not last long. 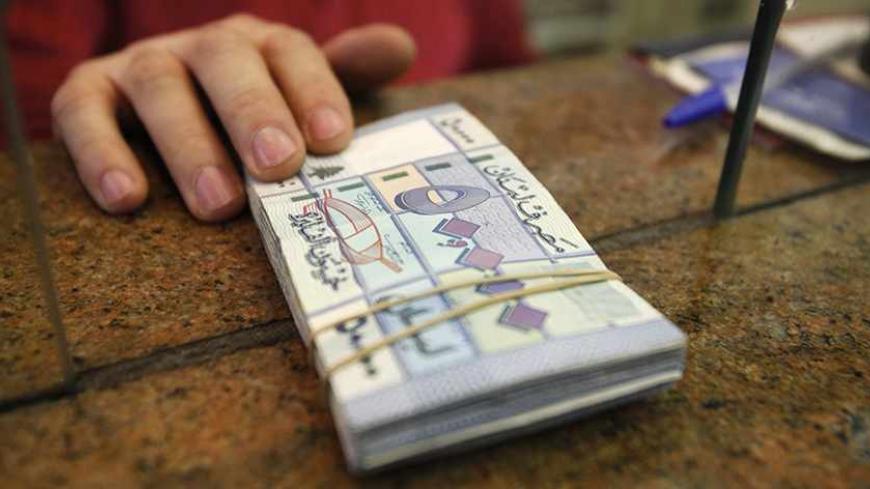 Lebanon’s blessing is its creative and flexible private sector, while its curse is without a doubt its wasteful and failed public sector. That, in summary, is Lebanon’s economic situation today, perhaps much like that of many Third World economies.

In truth, that description surprises no one. One feature of the global economy is that the private sector is the engine of growth and the creator of wealth rather than the public sector, while acknowledging the latter’s importance in creating social safety nets, fighting poverty, ensuring equal opportunities and protecting the environment.

But the performance of the caretaker Lebanese government is running contrary to the rules of good governance: the fiscal deficit is growing at the expense of the private sector’s growth and capacity. Indeed, according to a report by the Barclays Capital foundation issued in December 2013, the fiscal deficit for 2013 is expected to be 10.1% of the gross domestic product (GDP), which is a significant and alarming increase over the past years (8.9% in 2012 and 6.1% in 2011).

The report’s projections indicate that the growth rate will not exceed 1.2% for 2013. Here is the bottom line and the source of concern: The Lebanese economy is facing a serious problem in that the economic growth rate (1.2%) is below the growth rate of the public debt relative to GDP, which may amount to 4.45% in 2013.

The public debt burden is increasing. The debt to GDP ratio went from 139.5% in 2012 to 146.0% in 2013. That was not surprising. The “caretaker” Mikati government continues to spend without any supervision or accountability, and the fiscal deficit is growing, having increased by 60% in 2013, according to the same report.

Regarding the source of the deficit, it is due to the decline in revenue because of the deteriorating security situation and the shrinking demand, as evidenced by the consumer confidence index published by Byblos Bank in collaboration with the American University in Beirut.

Add to that the deterioration of the tourism sector, which is the cornerstone of the Lebanese economy, and the effects of the Syrian crisis on commercial traffic and infrastructure.

In addition to these factors, some of which are due to circumstantial reasons related to the political situation around Lebanon and others to bad management by the ruling group, is the high cost of corruption.

Corruption in Lebanon is nothing new. It is a deep-rooted structural problem that hinders economic and social development. But what is new is for the size of this scourge that afflicts the top of the power pyramid to go public, as happened last week. The mutual accusations of bribes and misusing public money and property between the ministers of finance and public works is only part of the picture of this malignant disease afflicting the Lebanese body politic from head to toe.

The scandals revealed by the two ministers not only disgust and frustrate the citizens but also showcase the high cost of corruption. That cost is measured by the size of the waste or theft, by missed opportunities and by Lebanon’s image toward investors, partner countries and donors. How European countries classify Lebanon is only more evidence of the awful current state of affairs.

People wonder how Lebanon can face these challenges and why its economy has not collapsed yet. The public debt is high and growing. The fiscal deficit is growing. There is poor management, or rather no management, at the government level. Corruption is eating away at the state institutions.

It is true that all that is not good and requires a radical and fast remedy, but something has enabled that small country to resist and go on. That something is Lebanon’s private sector, where the country’s economic strength lies.

It is true that those forces are being suffocated by the growing public debt, its high interest rates and the high cost of production due to the lack of reforms and investments — especially in infrastructure — in addition to the circumstances surrounding the political and security situation, which are repelling investment capital and tourists.

But it is also true that the banking sector is distinguished by its level of services and the nation’s banking secrecy policy. Those factors attract deposits. In addition, there is the Central Bank’s policy of prudence, which is based on fixing the interest rates, thus easing the movement of remittances to Lebanon.

Many say that Lebanon’s wealth is in its citizens, and this is evidenced by today’s economic figures. The question is what are the politicians doing to preserve this wealth and defend it. What we have seen on TV lately does not bode well.