After the growth rate of the public debt and the slow economic growth have reached alarming levels, the new Lebanese government must restore economic confidence in the country. 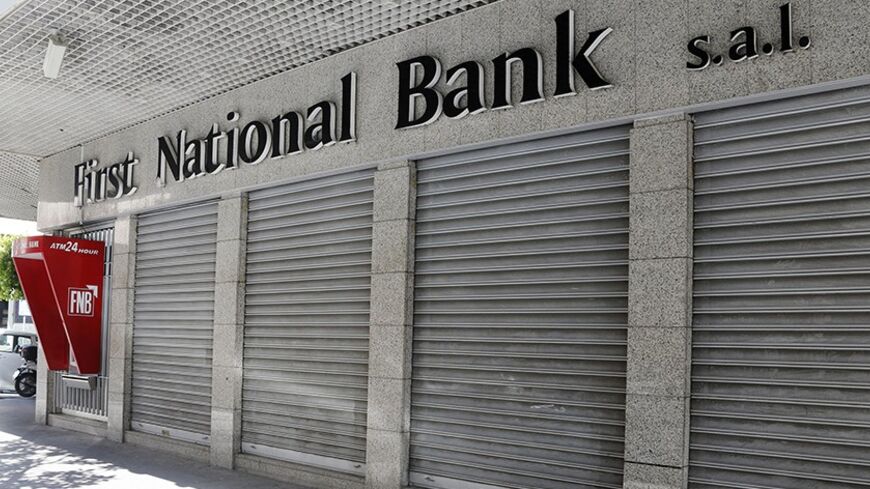 There is no doubt that the main economic challenge before the new Lebanese government is the burden of the public debt, which has recently grown at an alarming pace. The lack of growth and the widening fiscal deficit are putting great pressure on public finances. This puts the central bank in front of serious risks, not least of which is the high inflation rate and what may happen at the monetary level if the appropriate monetary policy is not implemented to support the Lebanese pound.

By the end of January, Lebanon’s public debt had reached $64 billion and its debt-to-GDP ratio has reached 163.1%. It should be noted that the debt in Lebanese pounds reached the equivalent of $37.8 billion, up 12.6%, while foreign currency debt increased by 6.7% to reach $26.1 billion. The rate of growth of the public debt is worrisome because it has exceeded 10%, and gross domestic product (GDP) growth for 2012-13 didn’t exceed 2%. In other words, the debt is growing faster than the economy at a rate exceeding 500%. One doesn’t need to be well-versed in economics to see that the country is heading for bankruptcy.

Lebanese banks are carrying the bulk of this debt, according to data by the Association of Lebanese Banks. In 2013, Lebanese banks constituted 53% of the sources for financing the public debt denominated in Lebanese pounds, while the Central Bank holds 30.5% of that debt. Lebanese commercial banks hold 75% of the total Eurobonds portfolio.

The Lebanese banking sector is the primary funding source of government spending. On the one hand, this is a blessing because the internal debt is not subject to external economic pressures. But this blessing may turn into a curse if the public debt becomes a large part of Lebanese banks’ solvency.

It is true that the tragedy of the public debt is not recent. It started worsening in the mid-1990s to later become a structural dilemma. One of the reasons behind the growing debt is the irrational spending, the rampant corruption, the lack of reform and the semi-paralysis of the oversight mechanisms at all levels of the state, starting with the parliamentary committees and ending with the judicial and administrative organs tasked with monitoring government spending.

Despite that, the successive governments from 2006 to 2011 were able to manage the public debt problem — or at least postpone the crisis because of inability to implement the reform programs — by relying on that the growth rate was relatively high and the monetary policy was based on fixing the exchange rate of the Lebanese pound by attracting deposits to Lebanese banks.

Without a doubt, there was also help from the Gulf Arab climate that was sympathetic with the situation in Lebanon. Starting in the 1990s, former Prime Minister Rafik Hariri played the main role in cementing the relationship between Lebanon and the Gulf states. After his death, his son Saad Hariri was able to preserve that relationship, even if at minimum because of the challenges that have hindered his rule, such as the series of systematic assassinations targeting his political team. It is no secret that the tourism and banking sectors, which are the pillars of the Lebanese economy, and the real estate sector to a lesser degree, greatly benefited from the Gulf Cooperation Council (GCC) growth driver and the excess GCC cash.

Today, things have changed drastically due to the repercussions of the regional situation, particularly those relating to the conflict with Iran and the war in Syria. The cost of this war has been high on the Lebanese economy, reaching $7 billion dollars, or about 15% of GDP. The war’s religious dimensions have soured Lebanon’s relationship with Gulf states, not only because they undermined Lebanese activities and jobs in the Gulf states, but also because they have led to a decline in the flow of Gulf investments and money transfers to Lebanese banks.

So the new government’s and the next president’s top priority — in case a new president is elected within the May 25 constitutional limit — is to restore relations with the Gulf states to the way they were by implementing policies that restore confidence in Lebanon’s economy and attract Arab investments and capital.

There is no doubt that the return of Saad Hariri’s team to power in the new the government will push in this direction, but it is not enough. Everyone knows that despite Hariri’s team returning to power, which boosts Sunni moderation in a region where Sunni jihadism and extremism are its primary enemies, Hariri himself still cannot return to Lebanon for obvious security reasons. So how can financiers and Saudi tourists regain confidence in the country and in its small economy?