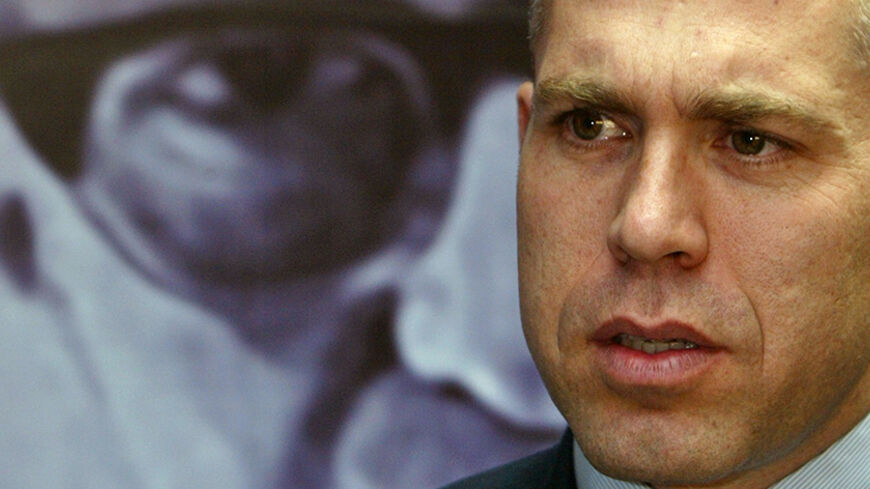 Newly appointed Interior Minister Gilad Erdan announced on Nov. 23 that he had revoked the permanent residency status of Mahmoud Nadi, a resident of the Israeli Arab town of Jaljulye. In 2001, Nadi drove the suicide bomber to the terrorist attack on Tel Aviv’s Dolphinarium club, where 21 youths were killed and 110 wounded. He was convicted of being an accomplice to manslaughter, of assisting in causing severe bodily harm and of assisting illegal entry into Israel. He was subsequently sentenced to 10 years in prison.

This is one of the first resolutions made by Erdan in his capacity as interior minister, and judging by his statements, he seems to be intent on wielding his power as far as possible. He has already instructed his staff to examine ways to revoke the permanent residency and associated social benefits of East Jerusalem Arabs who support and encourage terrorism.

Erdan has even written on his Facebook page concerning his decision: “In view of the severity of his deeds and the callous breach of trust in the State of Israel, I have decided this morning to cancel the permanent residency status of Nadi. He will no longer be listed in the Population Registry, he will lose his blue identification card and he will no longer be eligible for any social benefit such as national insurance and health insurance. People like him cannot possibly continue to enjoy the status of permanent residency and receive the benefits granted by the state to its residents.”

Erdan's swift revocation of Nadi’s permanent residency status and Erdan’s statements indicate that the minister, who had shown in his previous positions his activism and keenness on reform, plans to make full use of the authority of residency revocation as a tool against terrorism. Going by the reactions to his Facebook post, he is also going to gain from this move in both the public and political arenas.

However, it's not at all clear on what basis Erdan concluded that the revocation of residency would deter terrorists. After all, he could at least seek the opinion of security officials before taking such a far-reaching step, which only escalates the rising tension between Jews and Arabs. As a rule, such moves should be taken following due consideration and consultations, rather than made thoughtlessly, off-the-cuff, in a manner that smacks of populism.

Erdan is not alone in this campaign. HaBayit HaYehudi Knesset member Ayelet Shaked is promoting a bill under which residents of Israel convicted of terrorist offenses would be stripped of their permanent residency status. Another one who joined the trend is none other than Prime Minister Benjamin Netanyahu, who's expected to submit a bill of his own shortly, calling for the revocation of the residency status and social benefits enjoyed by perpetrators of acts of terrorism and other offenses motivated by nationalism. And, as Netanyahu put it Nov. 22, “It is inconceivable that the perpetrators of terrorist attacks against the State of Israel are granted [social] benefits such as national insurance.”

What’s more, in the explosive and impassioned atmosphere, it isn’t just the revocation of residency on the agenda, but also the revocation of citizenship of Israeli Arabs. Here, again, Netanyahu sounds quite determined. “We will not tolerate demonstrations where Hamas flags are waved. We will revoke the citizenship of those calling for our destruction,” the prime minister said following the protests in the Israeli Arab town of Kafr Kana, which erupted after policemen killed a young man who threatened them with a knife on Nov. 8.

A bill to this effect has been filed by HaBayit HaYehudi Knesset member Motti Yogev. The proposed bill calls for the revocation of citizenship of anyone convicted of terrorist activity, including stone throwing. It further suggests that the authority to revoke citizenship be vested with the minister of interior, so that no approval by the attorney general — currently mandatory under the law — shall be required.

While proposals in this vein are nothing new, and the residency status of some East Jerusalem Palestinians charged with activity on behalf of Hamas was revoked in the past, it's hard to recall a period where such a large number of initiatives for the revocation of residency or citizenship status have been launched — and even headed by the minister of interior in person. Erdan has gone as far as to announce that he is examining ways to expand his powers in the matter. One cannot but see the phenomenon as a part of the wave of nationalism that is sweeping the right-wing political arena — this, against the backdrop of the rising tension between Arabs and Jews, and the parliamentary elections apparently looming ahead.

These bills stand but a slim chance of passing in the Knesset. Yet, given the procedure already underway for the approval of the nationality bill, as well as the so-called Zoabi bill (calling for the deposal from the Knesset of Balad Knesset member Haneen Zoabi) and other legislative initiatives in this spirit, it seems that an evil spirit has overtaken the Knesset and, with it, Israeli society at large.

“In my opinion, even if the interior minister has the power to revoke residency status, it is an illegal and undemocratic action. In any event, the accomplice driver [Nadi] was already tried and punished; what’s the point, then, in divesting him of his social rights all of a sudden; and why present it as a showcase?” Meretz Knesset member Issawi Frej, the only Arab Knesset member for a Zionist party, told Al-Monitor. Frej is furious at Erdan’s resolution, and argues that, like all other nationalist and racist legislative initiatives of the current Knesset, this initiative, too, is driven by political considerations.

Frej said: “If Erdan is so keen on fighting terrorism, why doesn’t he take on for starters the case of Yigal Amir [the Israeli assassin of former Prime Minister Yitzhak Rabin]? Ultimately, whatever way you look at it, these bills all go against the Arabs. What I have to say is quite simple: Israel is governed by law. Whoever perpetrates an act of terrorism is tried and punished, and all are equal before the law, Arabs and Jews alike. Why, then, should Erdan blow his own horn about [his initiative for] the revocation of residency status, and thus keep fanning the flames? Because he wants to win points among his supporters. It will surely benefit him in the Likud primaries. There is a trend now of going against the Arabs, and what we are witnessing these days is no less than a crisis of values. There is no other way to describe it.”