Jerusalem, a sanctuary for all

The conflict over the Temple Mount, or Noble Sanctuary, is over walls both literal and figurative — and until these separating walls come down, peace in the Middle East will remain just a dream. 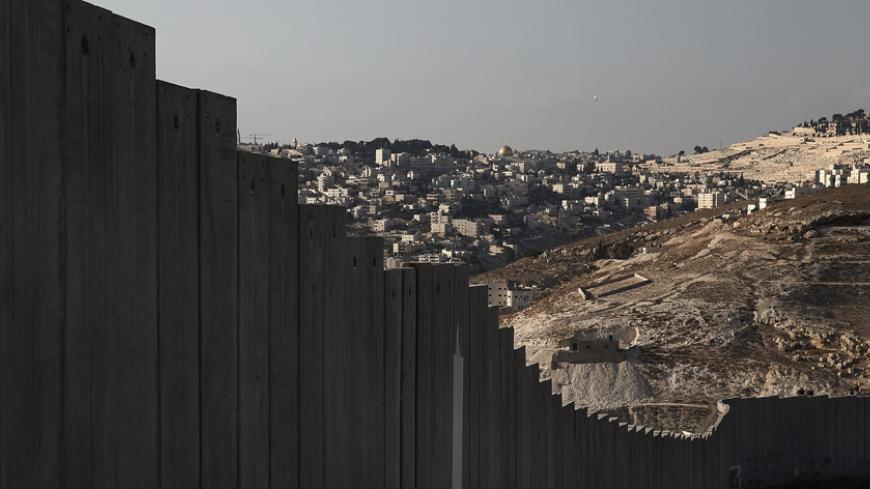 The golden Dome of the Rock (C) in Jerusalem's Old City is seen in the distance beyond a section of the Israeli barrier in the West Bank city of Abu Dis, Oct. 29, 2014. - REUTERS/Finbarr O'Reilly 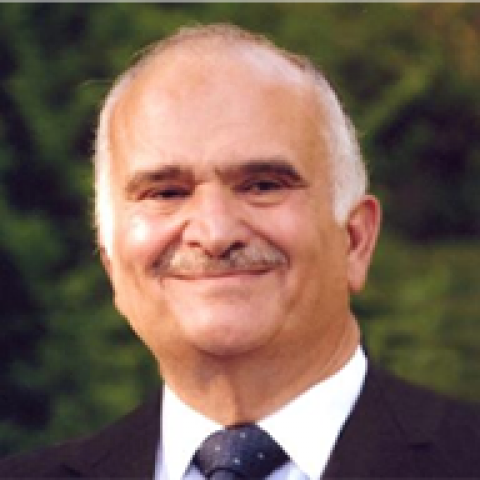 What is to be done about Jerusalem? Twenty-five years after the fall of the Berlin Wall, this region is witnessing new walls being built in vain attempts to contain problems between people. When will we realize that walls for separating cultures and people only exacerbate sectarianism and accelerate fragmentation? How long will walls, figurative and physical, continue to poison our humanity?

Rising tensions in the Old City of Jerusalem, which ostensibly is unified but actually never more divided, compound the debris left by military campaigns of past decades. These events typify this conflict as one not being played out in the courtrooms of a state or the international community, or even the ethical courtrooms in our minds. This is a conflict that uses instruments of aggression aimed at polarizing an already fragmented population. It causes us to wonder how long we will allow holy spaces to be used as tools of war.

Competing claims to Jerusalem as the capital for both Israel and a future Palestinian state reflect the need for a new architecture of comprehensive peace, where the cultural domain rises above geopolitics to become a template of hope.

A walk through Jerusalem is a tour of world religion, architectural ascendancy and the winners and losers of wars.

The first stop is the Church of the Holy Sepulchre, to Christians the site of Jesus’ crucifixion, burial and resurrection, and the holiest place for Catholic and Orthodox Christians. Its legacy is demolition: Its construction required the destruction of the Roman temple of Venus; the Persians destroyed the church in 614; in 638 the basilica entrance was converted into a mosque; then, in 966, it was again destroyed during anti-Christian riots.

Next is the Temple Mount, the holiest site in Judaism, the first qiblah in prayer for Islam and third-most holy site in Islam. According to the Bible, the first temple was destroyed by Babylonian forces in 586 B.C. It was rebuilt, but destroyed again by the Romans in 70 A.D. After the Muslim conquest of Jerusalem in 637, the Dome of Rock and the Al-Aqsa Mosque were built at the site as Muslim shrines. The stone in the Haram al-Sharif, which encloses over 144,000 square meters (35 acres) of fountains, Mihrabs, chambers, schools, gardens, buildings and domes, is believed to mark the place where the Prophet Muhammad, praise be unto him, ascended to Heaven. In Judaism, it is where Abraham offered Isaac in sacrifice, and the location of the Temple.

The visitor might ponder what cultural openness facilitated such a geographically contained flourishing of religious spirit. That same visitor might draw inspiration from hearing the Muslim call to prayer punctuated by church bells, and two groups praying at one wall to one God of different traditions. In a momentary lapse of thought, one might confuse Jerusalem with a place that epitomizes tolerance and plurality. But of course we know that this metaphor is an illusion. The loss of trust negates the will to manage this shared heritage.

The controversy over the management of the holy spaces is deep, but ironically has little to do with religion. While the site remained within Israel's security control since the occupation of East Jerusalem in 1967, its administration has been vested in an Islamic Waqf since 1187.

Jerusalem’s long history demonstrates that occupation is futile. Israel and its neighbors are legally bound to recognize the status quo ante of 1947; instead, the absence of shared management in good faith of the holy space has triggered violence for decades.

Have we not recognized that these clashes are not about religion, but politics? All sides should declare this deadlock and unify under the argument that the politicization of holy space crosses an ethical and moral line. Holy places must be governed by adherence to interfaith cooperation, and if this is not possible, then they must be governed by international law and ecumenical values.

When will the three Abrahamic religions be encouraged to work together to craft a solution that takes our common identity as the basis for our shared humanity?

Only through the humanization of humanitarian law and adherence to a culture of mutual respect can we get to a point where Holy Jerusalem may be shared equally and allowed to flourish.

As my good friend Kenneth Cragg reflected, in our joint stewardship of the holy domain we share a sacred trust; our responsibility to faith is a relatively simple task for a believer, but if our fidelity does not want to be a mere “faith in faith,” we have to take responsibility for faith. Until we take this seriously, promoting peace, liberty and social justice in the Holy Land will remain an aspiration.