A look at the Middle East issues Congress will be addressing the week of Nov. 17. 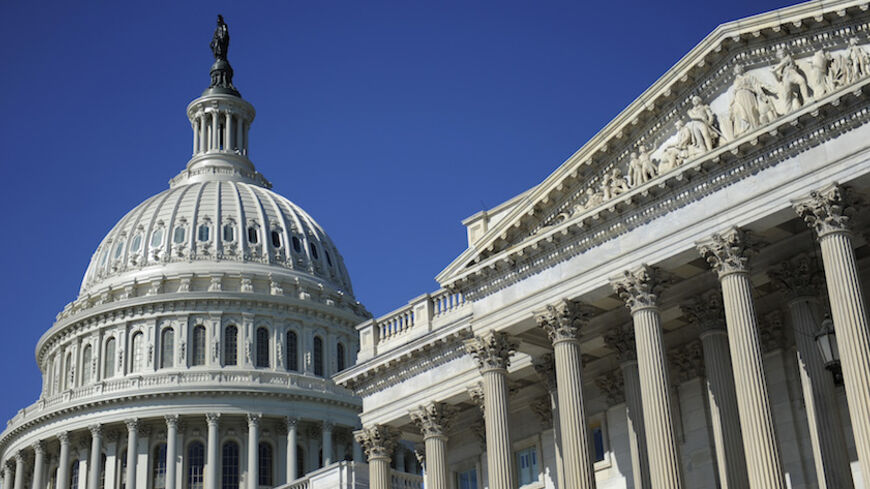 Capitol Hill will be a beehive of dueling messages on Iran next week as negotiators hurdle toward their self-imposed Nov. 24 deadline for a nuclear deal.

The Republican-controlled House Foreign Affairs Committee will hold not one but two hearings on the risks of a "bad deal" with Tehran. Peace activists, meanwhile, are planning a show of force toward the end of the week with just days to go before the deadline.

The Subcommittee on Terrorism, Nonproliferation, and Trade, chaired by Rep. Ted Poe, R-Texas, kicks things off Nov. 18 with a hearing on "Iranian Nuclear Talks: Negotiating a Bad Deal?" Witnesses include think-tank experts J. Matthew McInnis of the conservative American Enterprise Institute, David Albright of the Institute for Science and International Security and Ray Takeyh of the Council on Foreign Relations, who recently penned an op-ed for The Los Angeles Times raising doubts that Iran would step away from talks even if Congress adopts new sanctions.

On Nov. 20 Rep. Ileana Ros-Lehtinen, R-Fla., and her panel on the Middle East and North Africa will follow suit with a hearing examining what a deal could mean for global security. Former CIA Director Michael Hayden is among the witnesses.

Countering hawkish lawmakers and stepped-up lobbying by the pro-Israel lobby American Israel Public Affairs Committee (AIPAC), the Quaker lobby Friends Committee on National Legislation is sending its activists to Capitol Hill on Nov. 20-21 as part of its annual meeting in Washington. Sen. Chris Murphy, D-Conn., a diplomacy champion who blocked Iran legislation this past week, will address the group at a luncheon on Nov. 20.

On the other side of the issue, the hawkish pro-Israel Foundation for Defense of Democracies holds a Senate briefing the morning of Nov. 20 on the talks' "looming deadline and unanswered questions." Meanwhile, the Obama administration's three European partners in the negotiations — France, Great Britain and Germany — are also stepping up their outreach to Congress, as Al-Monitor revealed in a Nov. 14 article.

Lawmakers will also continue to monitor the US strategy to combat the Islamic State (IS) even as they keep a close watch on Iran.

The Senate Foreign Relations Committee holds a hearing Nov. 18 on "countering [IS] in Iraq and Syria," with the House Foreign Affairs MENA panel following suit the next day. The hearings follow last week's appearance before the House Armed Services Committee by Defense Secretary Chuck Hagel and Joint Chiefs Chairman Martin Dempsey, which left many unanswered questions, notably with regard to the strategy's Syrian component.

In other Middle East news, Ros-Lehtinen holds a markup Nov. 21 on her bill to step up military aid to Jordan as part of the campaign against IS. Al-Monitor first reported on the effort in September.

The House Foreign Affairs panel on emerging threats holds a hearing Nov. 21 on water-sharing conflicts, notably along the Nile.