A senior Iranian adviser has acknowledged "amicable" US contributions to reaching a nuclear deal and said that it's time for Iran to finally resolve the hostage crisis that has prevented trust between the two countries. 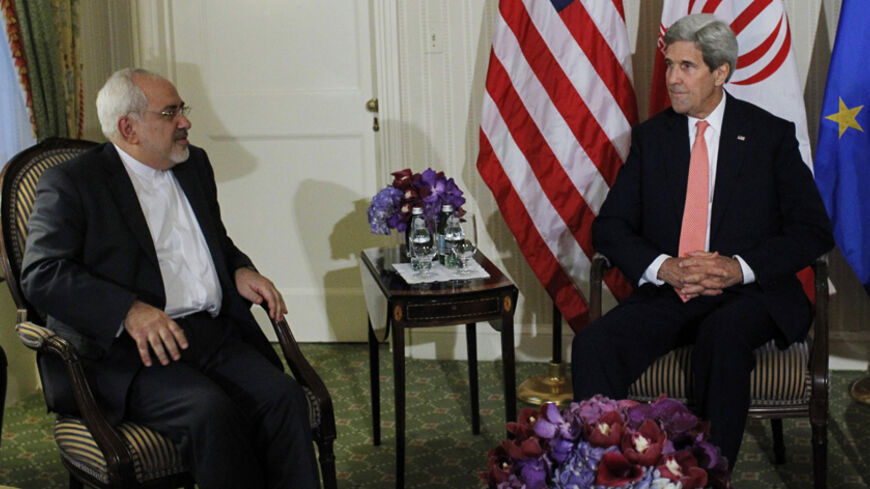 Ali Khorram, the senior adviser to lead nuclear negotiator and Foreign Minister Mohammad Javad Zarif, told Reformist Shargh Daily that the Geneva interim nuclear deal was "indebted" to the United States and after 35 years, it is time for Iran to address the storming of the US embassy in Tehran and taking of American hostages in 1979.

On the first interim nuclear deal signed in Geneva in November 2013, a breakthrough deal that ended nearly a decade of international tensions over Iran’s nuclear program, Khorram said, “In my opinion, the agreement in Geneva was more indebted to America’s amicable attitude,” using a word that is often translated into English as “friendly.”

Khorram said that during those talks, French Foreign Minister Laurent Fabius was “completely displaying Israel’s positions” by taking a hard line. According to Khorram, “It was the Americans who stood in front of the French and were able to reach an agreement.”

When asked about the anniversary of the takeover of the US Embassy in Tehran on Nov. 4 and the holding of American hostages for 444 days, Khorram said, “From the view of the Americans, this is an old wound,” and that Americans “cannot ignore” what happened. He said that Presidnt Hassan Rouhani's adviser Hamid Abutalebi not being granted a visa to serve as Iran’s UN ambassador shows that the hostage crisis is still a point of sensitivity.

Khorram said that it was time to “resolve” the issue and suggested “discussion and review” by officials to reach a conclusion by which this “pain” between Iran and the United States is removed.

On the upcoming ceremonies that will be he held in Iran to commemorate the takeover of the embassy and how it might impact US-Iran relations, Khorram said, “We have to take into consideration the view from outside” the country. “Sooner or later, we will have to be forced to do this,” he said. “If we want to think about working with international society, this has to be on the agenda.”

He added that addressing the hostage crisis would not be difficult and warned that until Iran does so, the United States will remain mistrustful, saying, “This old wound prevents confidence-building between the two countries.”

On changes in US-Iran relations, Khorram said he could see a “new turn” with the United States after Rouhani’s election in June 2013. After Zarif and Secretary of State John Kerry conducted face-to-face negotiations, it “broke open the lock” of relations between the two countries, according to Khorram.

When asked how influential those extremists are in sabotaging relations, Khorram said, “Either way, they have an impact,” but added, “The two sides cannot wait until judgment day to trust each other.”