Tunisians no longer trust their politicians, especially the residents of Gabes who are still suffering from pollution, unemployment and underdevelopment. 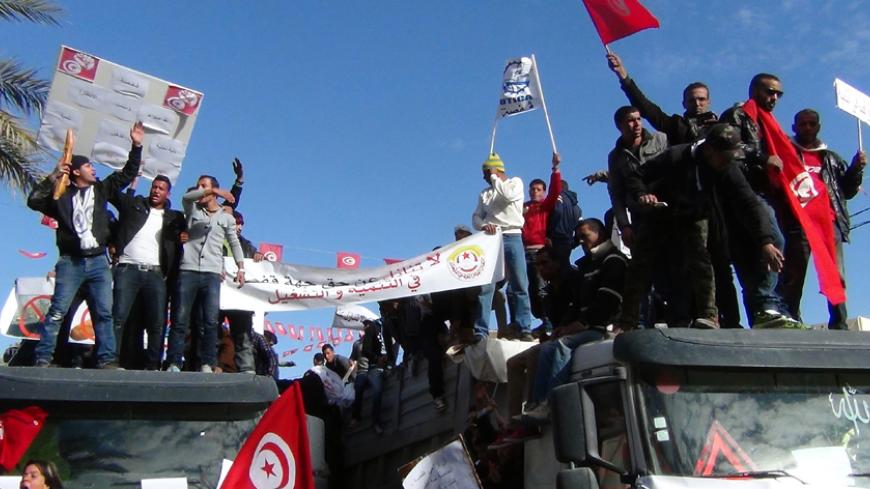 Tunisians wave banners and their national flag while they shout slogans against the country's ruling Islamist Ennahda party, Nov. 27, 2013, in the central Tunisian town of Gafsa, where a general strike was called to protest against poverty and lack of development. - STR/AFP/Getty Images 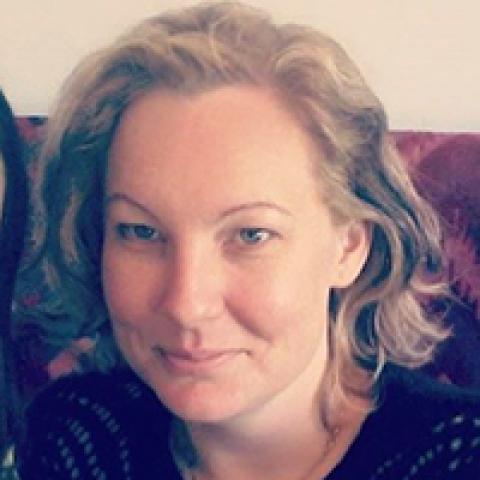 GABES, Tunisia — The nauseating smell of phosphate hangs over the town of Gabes, the capital city of the Gabes governorate, a province of Tunisia, a constant reminder that for all the talk about democracy, people are still waiting for the kind of hands-on policies that will benefit people’s lives.

Like the pollution here that seeps into people’s lungs with every breath, economic hardship, unemployment and chronic underdevelopment are as much of a daily burden as they were under the previous regime.

As Tunisians went to the polls on Oct. 26, in the country’s first parliamentary elections since the Zine El Abidine Ben Ali era, many were deeply distrustful of the political class’ intentions to carry out meaningful policies.

“They’re making promises they have no intention of keeping,” Kamel Thabti, a Gabesien businessman, told Al-Monitor. While many of his friends voted for the Islamist party Ennahda — preliminary election results suggested that Ennahda took three out of the seven seats here — he says he is not convinced by any of the parties’ agendas, pointing out that the Tunisian state cannot afford most of the promises being made. He voted, but during Al-Monitor’s interview two days ago, he said that he would make up his mind at the final hour.

In 2008, security forces succeeded in brutally suppressing an uprising in the neighboring Gafsa governorate, the region where phosphate is mined but which has historically seen little of that income reinvested into local development. When another uprising began on Dec. 17, 2010, this time in Sidi Bouzid, the capital of Sidi Bouzid governorate, marginalization endured by many parts of Tunisia, particularly the center-west and the southwest, was once again a leading factor driving the revolt. When former President Ben Ali fled the country, many here thought that the freedom to finally speak out against the pollution and underdevelopment, which had remained a taboo for so long, would lead to rapid change.

Tunisia has the fifth largest phosphate industry in the world and it has long been a bedrock for the national economy. “We are very nervous about this election,” an executive at a French company specializing in phosphate fertilizer, who preferred to remain anonymous, told Al-Monitor in Gabes on Oct. 23.

Many people in Gabes say the environmental price they are forced to pay for the national economy is too high. Gabes was once famous for its rare seaside oasis and beaches, but has seen its natural beauty decimated by pollution. The impact on health has also been severe — it has the highest rate of cancer in Tunisia, while kidney and liver damage are also prevalent.

On the campaign trail for the 2011 constituent assembly elections, many promises for lofty development projects were made to the regions that had suffered chronic abuse and underinvestment for decades.

Few of these promises were delivered upon. While the troika — as the Ennahda-led coalition that came to power in the October 2011 elections was known — pegged millions of dollars for regional development, many of the projects floundered. The troika accused its opponents of sabotage, while its critics accused it of cronyism and incompetence.

The reality was often a cruel mixture of both. In any event, much of the money disappeared with few tangible results. There were widespread strikes across the country as frustrations with the troika grew, and this region has been one of the most volatile. The government attempted to diffuse tensions by hiring thousands of public employees in the Gafsa-Gabes region (Gafsa and Gabes are two separate governorates, but they work closely together, politically and culturally, and share a historic grudge against the north; often referred together in a context like this). But things came to a head in November 2013 after it was announced that the region would be excluded from a nationwide plan to build new hospitals.

Mohamed Jridi, a member of the Gabes branch of the Tunisian Human Rights League, told Al-Monitor that people here want their elected officials to become real advocates for their region.

“Since 2011, the region of Gabes has just received empty promises from political leaders,” he said. “Even the people who represented the region of Gabes [in the constituent assembly] didn’t defend the region in terms of obtaining decent environmental conditions, or tackling unemployment, infrastructure or health care.”

The Constituent Assembly approved the country’s new constitution in January, paving the way for the first parliamentary and presidential elections of Tunisia’s new regime. Widely acclaimed as the most democratic and progressive constitution in the Arab world, it has given Tunisians many of the rights they demanded during the uprising.

The new constitution made regional development a right for Tunisians. Without help from donors and lenders, that will be challenging: Economists say that with growth currently hovering around the 3% mark, the state simply doesn’t have enough money for any more ambitious projects.

Under Article 45 of the new constitution, Tunisians are guaranteed the right to a “healthy and stable” environment, and the state is held responsible for providing “all necessary means to eliminate environmental pollution.”

It will fall on the shoulders of the parliament to pass legislation to make the principles enshrined in the constitution a reality. Tunisians have for decades had paternalistic politicians who imposed legislation; if the new generation of elected representatives are to win the confidence of Tunisians, they will need to learn to be more responsive than their predecessors.

In Gabes, as in other parts of the country, this will mean elected representatives who act as advocates for their electorate, and will finally put an end to the lingering cloud of pollution.