The current Israeli government does not want peace if the price is the evacuation of even a few settlements. 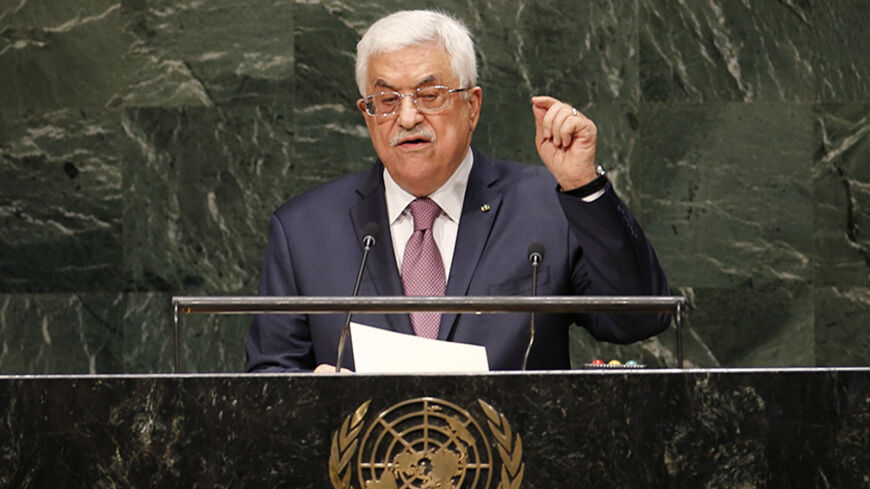 Palestinian President Mahmoud Abbas is everyone’s favorite punching bag. True, his speech at the UN General Assembly meeting Sept. 26 was vitriolic, irritating and infuriating in the continued use of the word “genocide.” With that said, although it's convenient to have someone to beat up, one should still speak the truth.

After the June 12 abduction of three Jewish youths on the West Bank, Abbas spoke with courageous moderation against the despicable act in contrast to the prevailing mood of his nation. In response, did he hear even one good word from the government of Israel?

Throughout the recent 50 days of combat in the Gaza Strip, Abbas acted responsibly. He confronted Hamas and publicly chastised the organization for the unnecessary bloodshed. That is not exactly a recipe for popularity on the Palestinian streets, but Abbas consistently took this tack.

During the war, Israeli Defense Minister Moshe Ya'alon and Prime Minister Benjamin Netanyahu exhibited the most restraint among all the Israeli Cabinet members. Nevertheless, no statement was forthcoming from them announcing to Abbas that at the end of the fighting, there would be an opportunity for a new beginning between his administration and theirs. Netanyahu’s insinuation of a “new diplomatic horizon” turned out to be just another sleight of hand maneuver. How unsurprising.

The first step the Israeli government took after Operation Protective Edge was to expropriate some 4,000 dunams (about 1,000 acres) of Palestinian land west of Bethlehem for the settlements. This August announcement, which pitted the entire world against Israel, including the few friends it has left, was a humiliating slap in the face for the Palestinian president. What did anyone expect him to say from the UN dais after that?

Israelis love the Israel Defense Forces and its soldiers, and when others defame and revile them, they burn with anger. This anger, however, should not stop them from speaking the truth about the incumbent government: It's a government that does not want peace if the price is the evacuation of even a few of the settlements.

The Netanyhu government cultivates the settlements and discriminates against the periphery. It prefers to retain the Hamas regime in Gaza and therefore refrains from breaking its military power. It wants instead temporary periods of calm from it rather than agreements with Abbas' Palestinian Authority. It does not even have an interest in a regional alliance against Iran and the current threat of Islamic extremists’ terrorism if the cost of a ticket is an agreement with the Palestinians.

This government's policy is not a matter of capriciousness. It is also not simply wickedness. No polished speech at the United Nations can hide that it is instead the unavoidable result of a coalition in which the absolute majority ideologically rejects the two-state solution. Out of its 68 members, 43 are from the Likud, Yisrael Beitenu and HaBayit HaYehudi.

When Abbas came to understand the political mathematics of the situation, he saw that he had no option of a dialogue with the Netanyahu government, let alone the possibility of real negotiations. Since he has consistently and firmly opposed the use of violence for the last 20 years, the only path left for him was diplomatic confrontation with Israel.

The damage inflicted by Abbas’ UN speech is the artificial life support of the current Israeli right-wing coalition, and Israelis are the ones who will suffer from it.