Turkish President Recep Tayyip Erdogan says any intelligence organization will inevitably spy against others, but the Turkish Foreign Ministry has taken a stronger line. 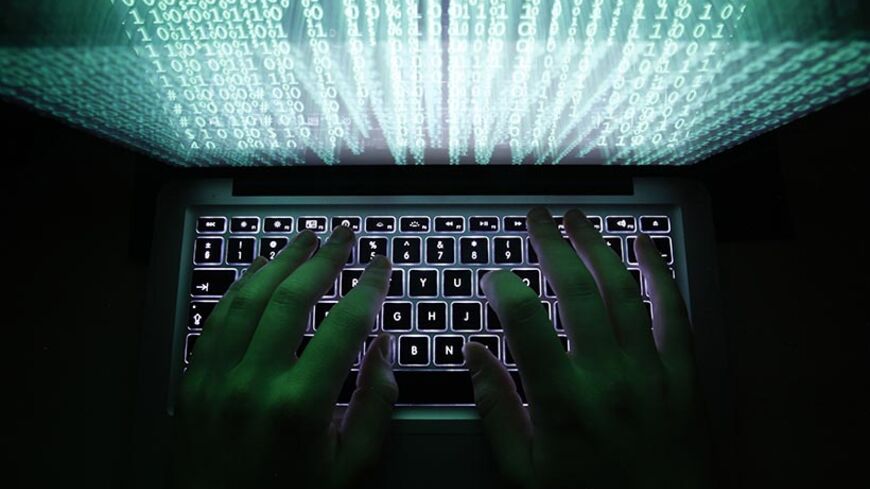 It all started when Edward Snowden started leaking classified information in June 2013 from the National Security Agency (NSA), revealing that the US surveillance scheme was not only targeting the bad guys. He leaked in October 2013 that the cell phone of Germany's Chancellor Angela Merkel was tapped. The German government sharply reacted. Merkel said repeatedly that US espionage against a close ally was unacceptable, but that there was no alternative to close ties with Washington. Yet, Germany expelled the CIA Berlin bureau chief without publicizing his name, making a point that they were not going to put up with everything that the United States does.

With all that tough posturing, though, German weekly Der Spiegel reported Aug. 18 that Germany's foreign intelligence service, the Bundesnachrichtendienst (BND), had inadvertently spied on US Secretary of State Hillary Clinton and John Kerry, and had also deliberately targeted Turkey since 2009. “Turkey is one of the BND focuses included in the BND order profile, making the country an official target for the foreign intelligence agency’s espionage efforts,” Der Spiegel wrote, stressing that the German government, too, has targeted a NATO ally in its espionage.

On Aug. 31, Der Spiegel took the news to new heights by reporting that spying against Turkey was not limited to Germany. “Documents from the archive of whistleblower Edward Snowden reveal wide-scale spying against Turkey by America’s NSA and Britain’s GCHQ [Government Communications Headquarters],” Der Spiegel wrote, noting that the United States significantly helped Turkey in its fight against Kurdish separatists.

Although Turkey’s reaction to Germany was limited, there was no split voice in the government response. Turkish President Recep Tayyip Erdogan played down the news that the US and British intelligence services spied against Turkey. “Let me say this very openly. There is no such thing for countries with strong intelligence capability not to wiretap other countries. We should all know about this. All of them are doing it,” Erdogan said Sept. 1 at a news conference before departing for the Turkish Republic of Northern Cyprus for his first foreign travel as president. “Therefore, what is important is how they do what they do, and how they make that knowledge public. The NATO summit and the UN General Assembly [annual] meetings are coming up. We will talk about these issues during our meetings with the leaders. I believe they will probably bring a tighter control to the leakage of such information threatening world peace.”

Turkey’s Foreign Ministry, however, on Sept. 1 released a written statement with a different tone: “In case these allegations are confirmed, it is clear that such activities can in no way be acceptable and that it has no place in the relationship of our two countries based on friendship and alliance. We are expecting that the United States investigates these allegations, and if it finds truth into these allegations, that it immediately stops these activities against our state institutions and foreign representations,” adding that the US charge d'affaires in Ankara, Jess Baily, was called to the Foreign Ministry on Sept.1 to receive this notification in person.

Retired intelligence officers talking to Al-Monitor on condition of anonymity stress two things based on the Turkish government’s reaction: After Erdogan’s rationalization of espionage against Turkey, it won’t be possible to ask these countries to withdraw their spy chiefs from this country. According to these intelligence officers, the issue was not that Erdogan is wrong in his premises, but it was as if he had settled the issue by demanding that the secrets were not to be publicized and that one needed to think harder why Erdogan chose a soft narrative addressing this issue. Inside the Ankara beltway, some also link this soft-pedaling to Turkey’s own massive wiretapping of its own citizens.

According to the president of the Turkish-German Foundation for Education and Scientific Research (TAVAK), Faruk Sen, “Germany has obtained two key ammunitions against Turkey. One is the bank accounts in Swiss banks belonging to some Turkish leaders, and the other is critical information obtained through wiretapping.”

WikiLeaks revealed a December 2004 cable from US Ambassador Eric Edelman in Ankara to the State Department, which prompted severe reaction then. “We have heard from two contacts that Erdogan has eight accounts in Swiss banks,” Edelman wrote. Retired intelligence officers speaking to Al-Monitor said that while anything can be possible, it wouldn’t go beyond speculation at this stage to link these developments.

Sen, on the other hand, told Bugun TV in an interview Aug. 26 that Ankara reduced the issue to a technical level by asking for a meeting between the heads of the two sides’ intelligence chiefs, and that this was not considered a political problem any longer. Sen also said that Germany wiretapped 3,000 people in Turkey, mostly bureaucrats, businessmen and journalists.

According to the retired intelligence officers, what is clear is that the country is left with no secrets and that it has drastically failed in counterintelligence. “If there were to be free press in the Russian Federation, we could have also easily added their activity in Turkey,” one retired intelligence officer said, stressing the importance of counterintelligence and the need for Turkey to rebuild itself in these areas. “All of them know more than we do about the country’s affairs, and this creates an ample environment for blackmail.”