An NGO in Lebanon that trains and employs Syrian refugee women in embroidery is also providing a safe environment where they can share their experiences and support one another. 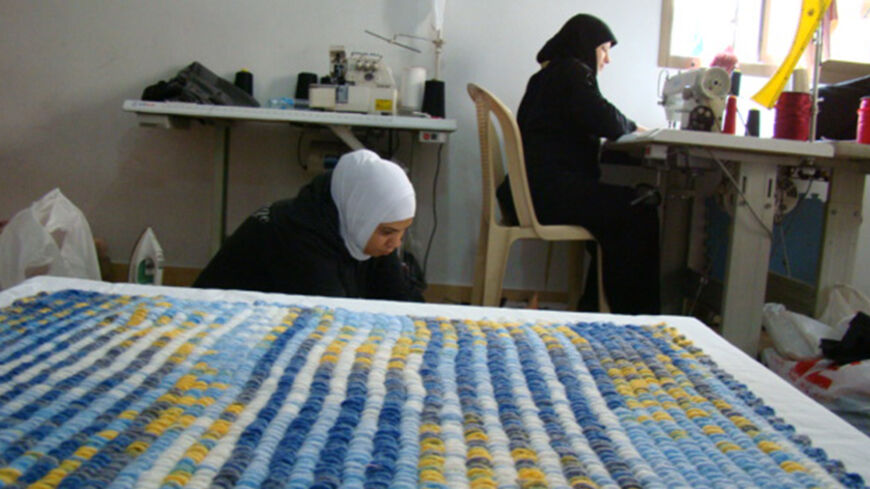 A Syrian refugee woman embroiders at Basmeh wa Zeitooneh's workspace in the Shatila camp outside Beirut, 2014.

Of the nearly 1.2 million Syrian refugees currently sheltered in Lebanon, 52.3% are women, according to the UN High Commissioner for Refugees (UNHCR). Coming alone or with their families, they are often subject to violence, but some have been able to find help from the many nongovernmental organizations in the country. One of them, Basmeh wa Zeitooneh, helps Syrians find stability and dignity in sewing and embroidery.

"Women are strong," proclaims Rihab, a Palestinian Syrian who fled Yarmouk a year and a half ago with her family. "My husband doesn’t work. He only eats and sleeps all day." Like the 60 other women assisted by Basmeh wa Zeitooneh, she became the breadwinner out of necessity. "Now, Syrian women bring money home. It's harder for men." UNHCR provides only $30 a month for each registered refugee in Lebanon, forcing families to scramble to find other sources of income.

Fifty-five women share the studio and equipment in shifts of three hours daily to give everyone a chance to work. Mariam, from Homs, considers herself lucky: Her husband was able to find a "precarious job as a daily worker in construction," which is enough to pay the one-bedroom apartment’s $250 rent, the most affordable to be found in Beirut. For her part, she has embroidered for 10 months, earning as much as $150 per month, enough for her to take care of the rest, "although three hours a day are not enough."

The initiative is the creation of Basmeh wa Zeitooneh in the Shatila Palestinian camp in Beirut’s suburb. The Syrian organization was founded in March 2013 and has since spread to Bourj el Barajneh and the Bekaa Valley. "At first, we went door to door in the camp to see what the families needed, and we provided them with what they asked for," recalls Reem Al-Haswani, an architect from Yabroud. George Talamas and Fadi Hallisso, the other two co-founders, soon developed long term programs: a medical clinic for women and children; a cultural center; lessons for children and adults in reading, writing and computer skills and an embroidery workshop. "We found a trainer and managed over time to bring women to work. We pay them monthly for each piece produced, and then try to sell them." 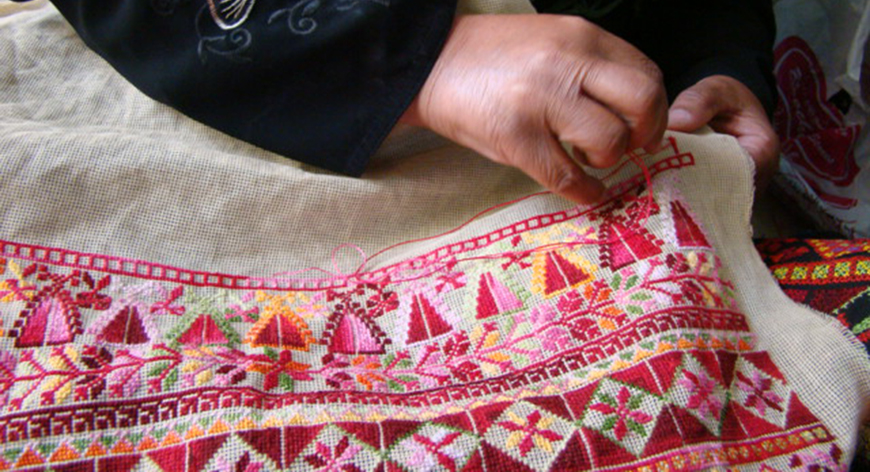 It's a way for them to earn some money, but also to talk safely and privately about their daily issues. "Women are the first victims of the conflict," says Haswani. "Here, we provide a space for expression, where they can complain of abuses in the family, for example, but also [find] support."

Women seem to have suffered more than their share of pain since the beginning of the war in Syria. Researches from Yale University found that Syrian women in north Lebanon face serious health issues, including domestic violence and pregnancy complications due to stress. Sexual violence emerged as a deadly epidemic early on in the Syrian conflict.

Jean-Basptiste Pesquet, a French doctoral student in the Middle East French Institute, has conducted interviews in the Syrian refugee camps for over a year. He told Al-Monitor, "Women are the containers of violence for the other family members that suffered arrests and bombings. Often, the husband can neither work nor fight, and thus loses his status. He doesn’t have the capacity to ensure financial independence for his family anymore, and has no function in the household. Therefore, violence can illegitimately compensate a social function’s loss through physical domination." 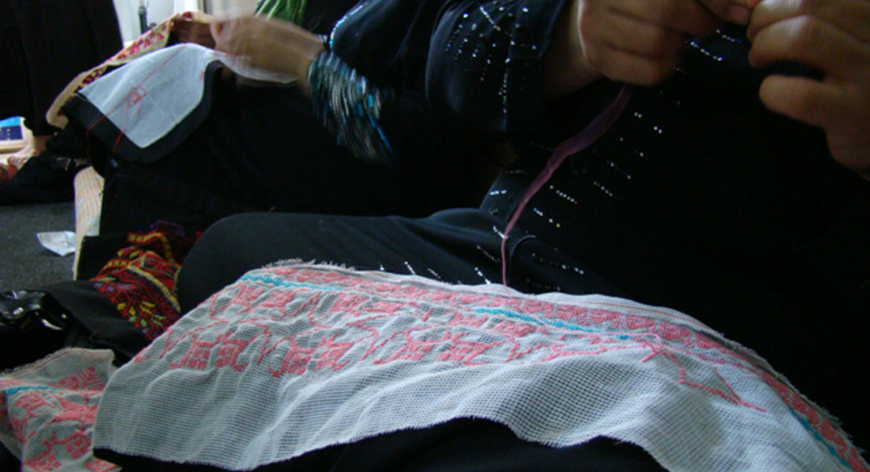 It’s hard to picture the NGO's embroiderers as victims. They show an impressive strength and ability to overcome their difficult situations. Pesquet added, "We must be careful not to [think of] women as passive victims of their circumstances, because they are also actors and can choose to harness situations for other purposes, as well as commit violence themselves."

We will never know what the women in Basmeh wa Zeitooneh go through daily, or if they use violence at home, too. But one thing is sure: This work within the organization is indeed a foot in the door to a new life for the refugees.

"When I finish a piece and take the money, I really feel that I achieved something. It gives meaning to my life. I do something other than cooking and cleaning the house,” said Mariam. She had worked on her family's farm before leaving Syria, but for no wages. The Syrian women living in Shatila often come from very conservative circles, Rihab explained with a glint in her eye. "We were only working a little bit, sometimes never. Our husbands didn’t want us to leave the house and see people. Now we are the ones bringing home the money!”