US, Iran don't need to cooperate in Iraq

Cooperation between the United States and Iran in the fight against the Islamic State should not include any concessions in the ongoing nuclear negotiations. 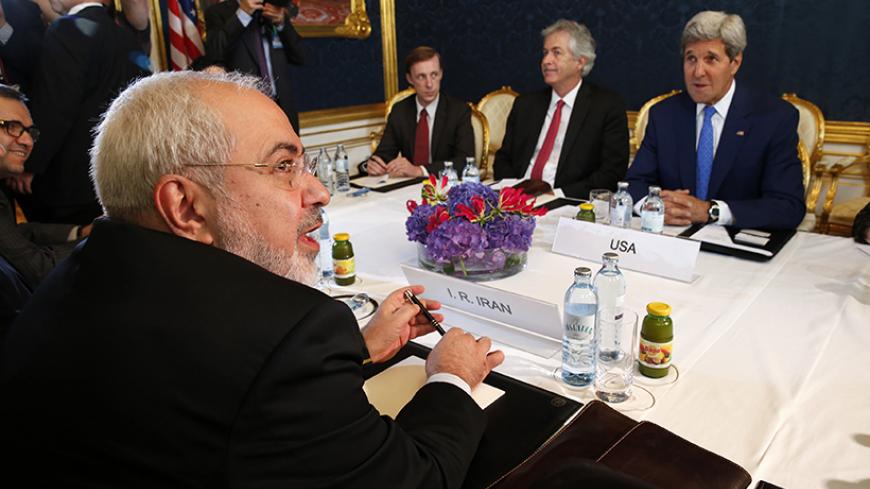 Seyed Hossein Mousavian, in an Al-Monitor article on July 31, argued for a total revamping of the geopolitics of the Middle East including closing the Iranian nuclear dossier “in the shortest time possible,” to set the stage for establishing a bilateral US-Iran dialogue to address severe regional crises. By signing a nuclear deal with Iran, the paths to US-Iranian cooperation would open, which would ostensibly enable them first and foremost to coordinate their fight against radical Sunni jihadism wreaking havoc in Syria and Iraq.

But what sort of US-Iranian cooperation does Mousavian suggest, and why should we expect it to improve in the wake of a nuclear deal, especially if that deal involves excessive concessions by the P5+1? More fundamentally, from a US point of view, why is this cooperation even necessary or desirable?

The added value of US-Iranian cooperation is not self-evident. Both states have an incentive to fight Sunni jihadists, and both are likely to do so regardless of what the other does. If anything, Iran’s incentive to take on radicals amassing at its border is far greater than America’s. For the United States, the Syrian-Iraqi theater is one among many in the war against terror. But for Iran, chaos in Iraq poses a supreme risk to its national security. A scenario in which Sunni radicals set up camp near Iran's western border could import longstanding sectarian feuds close to the heart of Iranian population centers.

The Iranian regime for decades has been planting violent proxies throughout the Middle East, provoking war and promoting extremist ideologies. US policymakers might wish for limited cooperation with Iran, of the sort Mousavian and some other pundits encourage, but such cooperation would risk boosting the entire Iranian proxy network, already emboldened by an Iranian patron with nuclear threshold status.

Such a maneuver would place the Middle East under even greater risks of extremism, but for Mousavian, threats seem to emanate only from the Islamic State (IS) and similar terrorist groups; he not surprisingly totally ignores the threat stemming from Iran.

But while IS has an uncompromising, nihilistic ideology, it is that very same stubbornness and nihilism that are its Achilles' heel. Already, local brigades have begun forming in Mosul to challenge IS after its overreach and barbarity. By contrast, the Iranian regime and its proxies are much more devious and far better organized. The Iranian regime uses the tools of statecraft, shapes its image through soft power and often makes expedient tactical compromises in exchange for long-term gains. This superficial sophistication hides the regime’s underlying cruelty.

Plenty of prominent diplomats have mistaken Iran’s tactical cooperation for moderation, a mistake that the United States should avoid. For his part, Mousavian does a full-fledged whitewash of the Islamic Republic’s record. Iran, he says, is “preventing the total collapse of Syria” and “preventing the disintegration of Iraq and its falling into the hands of extremists.” Hardly: The Iranian regime is the extremist.

In Israel, we understand this dynamic well. The Gazan rockets now fired at our homes were paid for and supplied, in many cases, by Iran. A recent op-ed in the Washington Post, which shares Mousavian’s sentiments regarding the need to quickly reach a nuclear deal to enable US-Iranian cooperation, argues that “Israel, too, must see that this violent Islamist turbulence requires it to reconsider which foreign power represents its most serious threat.” But we, like other long-standing US allies here in the region, know our priorities very well. Supreme Leader Ayatollah Ali Khamenei’s recent statement regarding the Gaza fighting, whereby the only solution is the annihilation of Israel, drives home what our response to this question is.

On the issue of the nuclear talks themselves, Mousavian seems to suggest that the Obama administration should be willing to consider significant concessions on the nuclear front to seal a deal with Iran that would enable US-Iranian anti-IS cooperation to proceed. This is implied by the urgency he attaches to securing a deal despite the reportedly wide gaps that remain between the two sides’ positions on the nuclear issues.

The United States making nuclear compromises for the sake of this bilateral cooperation would be an extremely dangerous gamble. Not to mention that the very hint of such a US consideration and eagerness for a deal would instantly undercut hard-earned US leverage at the bargaining table. Why should the United States be prepared to give up something important in the nuclear negotiations to advance cooperation that not only is itself problematic, but is also aimed at incentivizing Iran to do something that is in Iran’s interest anyway? Developments in the region do not call for such giveaways in the nuclear talks with Iran, but rather for a firm stance that ensures this regional menace never gains military nuclear capability. No doubt IS must be confronted, but not at the price of a nuclear Iran.