Lebanese banks are worried that a US bill aiming to increase sanctions on Hezbollah will weaken confidence in the banking sector. 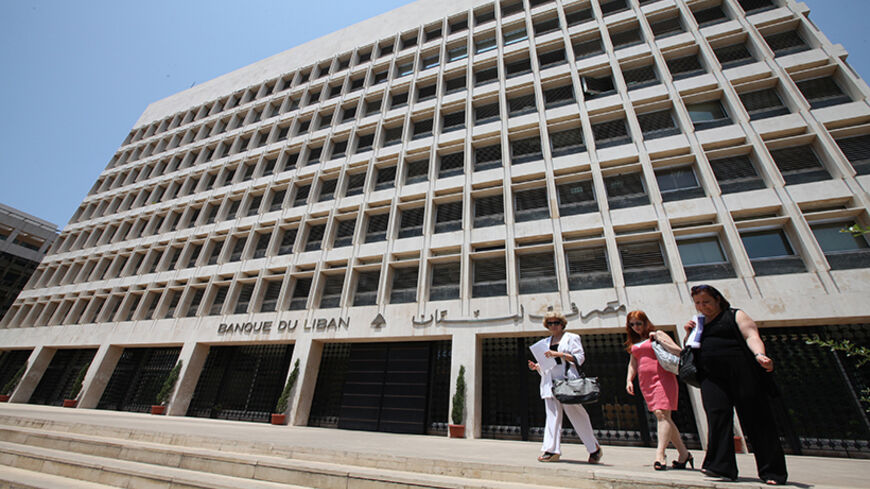 On July 22, the US House of Representatives passed the Hezbollah International Financing Prevention Act to prevent Hezbollah — classified as a terrorist organization since 1995 — from gaining access to international financial institutions.

The move was no surprise. It aims to restrict the activities of Hezbollah, which represents Iran’s military wing in the Mediterranean region and is accused of supporting the Syrian regime. This process began two years ago, when a report issued by the US Treasury found that Hezbollah was laundering money through the now-defunct Lebanese Canadian Bank. A settlement deal was reached, whereby $102 million was paid to US authorities in lieu of prosecution. In June 2013, the US Treasury, under the Foreign Narcotics Kingpin Designation Act, decided to sanction four Lebanese citizens and three Lebanese institutions for their involvement in the organization of a network financing Hezbollah.

Lawyer Adib Tohme, an international criminal law and Lebanese banking expert, told Al-Monitor, “This bill holds foreign banks — not just American banks, as was the case previously — directly liable. This also means that central banks also risk sanctions if they carry out any transaction linked to Hezbollah.” It seems that the House is taking this step to strengthen its previous measures at cutting off funding to Hezbollah, by expanding their scope, reinforcing their implementation mechanisms and urging all customers inside the US and abroad to exert more control and rigor.

What is striking is that this bill comes on the heels of the seizure of the Central Bank of Cyprus over the Lebanese-owned FBME Bank, following the release of a US Treasury report on July 15 indicating that the latter is involved in money laundering activities linked to Hezbollah. The Lebanese banking system is indirectly involved with this incident because, although FBME Bank is chartered in Tanzania, it is part of Saab Financial Group, which owns the Lebanese Federal Bank, an independent bank that meets all globally imposed control standards and was never embargoed by US authorities.

However, the following question arises: What impact will the US bill have on the Lebanese banking system and economy? Will this step push the Lebanese banking authorities to adopt new measures? Indeed, the Central Bank of Lebanon has anticipated the recent congressional bill through its circulars. Basic Circular No. 128 of Jan. 12, 2013 specifies that banks and financial institutions operating in Lebanon must establish a compliance department as required by the rules of good governance, and Basic Circular No. 126 of April 5, 2005 expects local banks and financial institutions operating in Lebanon to strictly comply with the laws of the states of its correspondent banks and financial institutions. In other words, Lebanese banks are obliged to abide by US laws to safeguard the banking sector.

These circulars and their entry into force prompted the president of the Association of Banks in Lebanon to say, “Lebanese banks strictly comply with international sanctions and fully cooperate with the concerned countries in terms of fighting money laundering and terrorism. They have nothing to worry about.”

However, the assurances of the banks and the central bank governor and the existence of a regulatory framework and compliance policies are different than the confidence factor — which is the cornerstone of any economic and financial structure. The confidence factor is affected by such news, regardless of the source. The close correlation of the Hezbollah issue to the Lebanese banking sector, espoused by previous US measures, does not enhance the confidence of a sector that constitutes the basis of the Lebanese economy, which is suffering from pressures, including the size of its Treasury Bonds portfolio.

So far, things are still under control. In June 2014, Lebanese banks registered growth in their deposits, including nonresident deposits, and expectations indicate a yearly growth of 5% or 6%. Lebanese banks are aware of the sensitivity of this situation. Therefore, they decided to launch an awareness campaign in decision-making capitals, in particular Washington, to affirm their commitment to the implementation of US laws. Recent activity within the scope of this campaign included a visit by a delegation from the Union of Arab Banks to Washington in July 2014. Some say that the congressional decision is political, and the bill has yet to become a law as it must be subject to a vote by the US Senate, which has not yet included it on its agenda. This step definitely has an objective that is political par excellence aimed at stifling Hezbollah, despite the ongoing negotiations with Iran.