Residents on the Egyptian side of Rafah are demanding compensation for lost homes, as the Egyptian army moves to build a buffer zone along the border with the Gaza Strip. 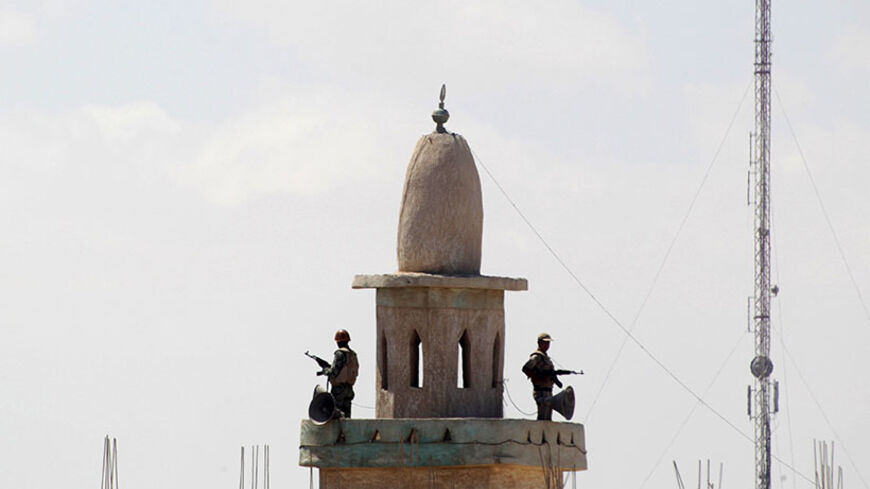 RAFAH, Egypt — Concern has spread among residents of the border areas in the northern Sinai Peninsula following the Egyptian army's planned establishment of a buffer zone on the Egyptian side of Rafah along the border with the Gaza Strip.

The undeclared move prompted local concern that a new reality is being secretly shaped, and that the government has adopted a policy of strategic patience to draw the map of the Israeli-Palestinian conflict at the expense of the people in Sinai.

The Egyptian army has stated its military operations in Sinai are part of the war on terrorism, yet residents believe the operations are designed to forcibly displace them.

Informed authority sources told Al-Monitor that the army’s plan to establish a buffer zone will take two years to implement and will necessitate the razing of homes located about a kilometer (0.6 miles) inside the Rafah border. The plan also necessitates building a large barrier equipped with surveillance cameras and lights, and deploying ground sensors to abort any Palestinian attempts to dig tunnels or smuggle arms.

An official source explained that several countries seek to achieve stability in the area and will help the Egyptian authorities fund the project. The source refused to name these countries.

On the reasons behind the establishment of the buffer zone, the source said, “Every country has the right to preserve its borders as it deems fit. No country in the world accepts that its rights be violated the way they are violated on the border with the Gaza Strip.”

The source said that homes will be razed to empty the area in preparation for the so-called protection of the national security project. He said the government, not the army, is the authority designated to compensate residents and talk about whether their rights are legitimate.

The source added, “The establishment of a buffer zone on the border is of absolute necessity to preserve Egyptian national security, particularly with the growing plans to export the Palestinian cause to Egyptian territory, away from its natural context. Thus, we cannot be emotional while thinking of the [population] displacement issue.”

A source who is a member of the Sawarka tribe and close to Sinai authorities told Al-Monitor that the border operations — namely, the demolition of houses — are designed to control the area where Hamas is promoting its influence through the tunnels.

Rafah resident Um Ibrahim told Al-Monitor how her family's house on the Gaza border was blown up. “The army blew up our house, claiming there were tunnels. This is totally untrue. We told them, ‘If there are indeed tunnels, blow us up with the house.’ The officer replied, ‘Relax, all of the houses in [the Egyptian side of] Rafah will be destroyed and razed. Forget about this area and find yourself another place to live in. This is about Egypt’s national security,’” she said.

Um Ibrahim added, “If the area will be used to preserve the security of Egypt, we demand the government provide us a place to live.”

According to residents of the border area, the attempts to displace them began when Hamas came to power in the Gaza Strip. In 2009, ousted Egyptian President Hosni Mubarak attempted to build a separation barrier made of steel in the highly populated border area. Other attempts were made to dig a 10-kilometer (6-mile) stream of water along the Gaza border.

At the time, Egyptian authorities said the steel barrier was designed to preserve national security and halt smuggling operations through the tunnels. Mubarak's buffer zone was never completed following local objections broadcast in the Egyptian media, the escalation in the Gaza Strip and Palestinian portrayal of the issue as an Egyptian attempt to tighten the siege on Gaza.

Residents of the Egyptian side of Rafah said that drilling equipment shakes the ground and further cracks the foundations of their houses. Beneath the houses are tunnels, which further weaken the ground, according to Mohammed al-Barahimeh, who lives just a few meters from the border.

He told Al-Monitor, “Since 2009, the successive Egyptian authorities have tried to create a buffer zone between Egypt and Gaza at our expense and without compensation and without even providing us another place to live.”

Authorities under Mubarak were not the only ones working to displace border residents. The Sinai residents were shocked when the Ministry of Defense under the rule of ousted President Mohammed Morsi passed a December 2012 decision, Decree No. 203, prohibiting the right to own, rent or build property located within 5 kilometers (3 miles) of the border. Sinai residents largely rejected the decision, viewing it as an attempt to halt life in the area, according to local resident Mohammed al-Manei.

Manei told Al-Monitor that it has become more difficult to stand against the army's decisions. The army has chosen the right time to build the buffer zone. Public opinion has been mobilized against Rafah, the tunnels and Gaza, with the army linking them to the war on terrorism.

Sinai novelist Massaad Abu-Fajr told Al-Monitor, “The Egyptian government is fighting to preserve its violated border in a different way. Yet, we need to exert pressure on it to develop its means. As for the reason why the people of Sinai are paying the price, some of them did not declare their clear rejection of Hamas.”

He added, “Everything that is taking place in Sinai is the consequence of Hamas keeping its grip over the Gaza Strip, turning Sinai into a corridor for smuggling and a reservoir to store missiles and weapons. The movement is working to expel the state from Sinai by turning our children into smugglers and terrorists, and using Sinai as a place to keep criminal groups out of Gaza.”

If Hamas is ousted, said Abu-Fajr, half of Sinai's problems will be solved.

With the aggravation of the political situation between the Egyptian and Palestinian sides, the people of Sinai remain victims until further notice.