As Iraq's new prime minister assembles his administration, international support offers hope for Iraq's fight against the Islamic State and the destructive sectarianism that enabled the advance of terror. 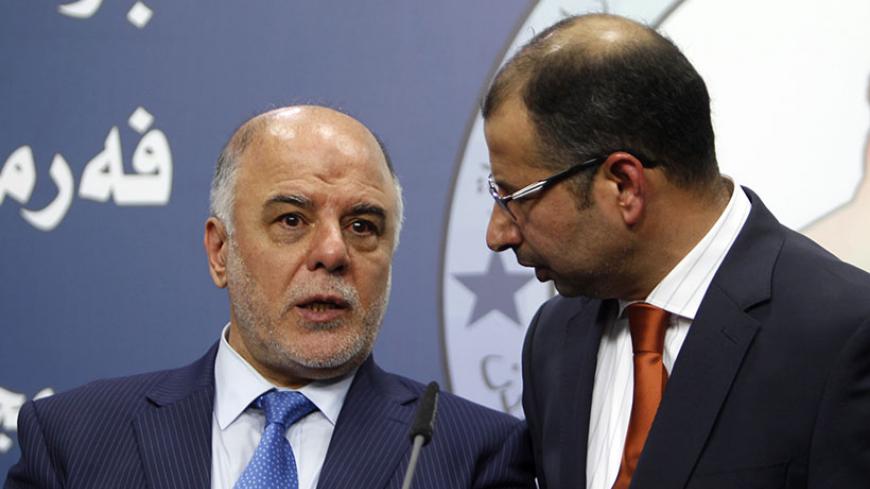 Nouri al-Maliki has agreed to step aside as prime minister of Iraq in response to the growing pressure within his Dawa Party, as well as the opposition of the Shiite leader Ayatollah Ali al-Sistani and the growing diplomatic pressure from the United States and a significant number of Arab and other states.

What probably made him reverse his insistence on remaining in the post was the immediate Iranian and US recognition of his replacement, Haider al-Abadi.

With this development, it is expected that support for the new government will be enhanced by the broad Sunni community and participation by Sunni leaders will empower it to forcefully confront the Islamic State (IS).

There is no doubt that IS control of Mosul constituted a serious challenge to the Iraqi state's unity and contributed to the sectarian divide. With the United States and other countries prioritizing humanitarian assistance and limited military support, there is growing support from several countries for the new government of Iraq.

Abadi's new cabinet will promise to restore a united Iraqi state transcending ethnic and religious differences, to deter and ultimately terminate the threats from terrorists of all sorts trying to derail Arab commitments from their legitimate aspirations and rights.

The convergence of the US and Iranian approaches offers hope for further resolutions of many outstanding problems in the region.