Regional integration only way for Israel to achieve security

Israel needs to see the long-term security benefits of integrating with the region, which can only come with a comprehensive and just settlement to the Palestinian conflict. 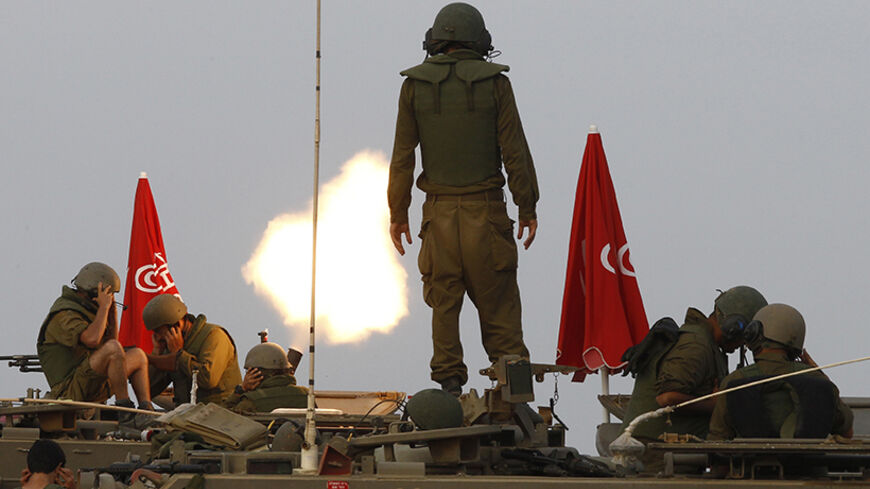 Israeli soldiers stand on an armored personnel carrier (APC) outside the central Gaza Strip as they fire mortar shell toward Gaza before a cease-fire was due, early Aug. 1, 2014. - REUTERS/Siegfried Modola

The latest crisis in the Arab-Israeli conflict has brought more death, devastation and desolation — levels that look like they may soon exceed any other violence against Palestinians over the past decade. At some point, there will be a cease-fire, but the conditions for the crisis will remain. Israel may claim victory, but the wider context for Israel remains bleak in the long run. This may not be a popular opinion among Israelis, but the only realistic way for Israelis to thrive in the long term is for them to be integrated into the wider region, beginning with a comprehensive and just peace settlement.

The Gaza conflict has thus far resulted in around 1,400 dead and 8,000 wounded Palestinians at the hands of the Israeli military. About three-quarters are civilians, according to the United Nations, and many are children. Fifty-six Israeli soldiers, and three civilians in Israel, have also been killed by Hamas militants to date, according to the Israeli military. The Gaza Strip, occupied by Israel since 1967, was already under siege prior to this latest round of violence, with rapidly deteriorating living conditions, according to the UN. These already dire circumstances for 1.8 million Palestinians in Gaza have deteriorated tremendously as a result of the current war. Israeli security is unlikely to be aided by this state of affairs — on the contrary, these policies only increase the likelihood that a new generation of Palestinians in Gaza will make Israel’s insecurity their priority.

Beyond that, nevertheless, is a wider context. The Arab revolts of 2011 gave Israel a window to build bridges with Arab populations and exit its regional isolation. Given the history of the region over the past seven decades, it is unlikely Israelis would be gathered overnight into some kind of Middle Eastern version of the European Union. But a detente of some sort could be built — and then built on top of.

A year into Egypt’s revolution, I had the opportunity to sit in the United Kingdom with a group of analysts from the region, and speculate on what the future might hold. There was a particular session with an Israeli specialist in attendance, and we all discussed what would necessarily have to take place over the next decade, if 2020 was to see the success of the revolutionary moments across the region. While we all agreed that it would be to everyone’s benefit worldwide for the region to become more democratic, we fundamentally disagreed on whether or not that democratization process would have any impact on the Palestinian-Israeli conflict. The entire region could become democratic, the Israeli participant claimed, without any movement whatsoever on that particular issue.

He was a rather reasonable analyst on a number of issues. Yet, on this particular point, his argument was not only naive, but observably absurd. The region’s various populations are not monolithic, they have a variety of concerns and dispute among each other, as has been clear in the past few years. Nevertheless, public opinion in this region is overwhelmingly sympathetic to the Palestinians and their cause, and deeply antipathetic to Israel. No analyst on the region doubts it, and there is not a single public opinion poll that can show otherwise.

If the "democratic quotient" of this region is to increase on a broad scale, it stands to reason that public opinion on Arab governments would force them to take tougher stances on the Palestinian cause, and bar any integration of Israel into the wider region. Israel, at present, looks remarkably isolated within the region, and history does not admit of a scenario where any state thrives under those conditions for long.

That scenario, where Israel is not integrated and increasingly isolated from regional countries, is a relatively optimistic outcome. There are far more pessimistic ones. The Arab uprisings have resulted in some fault lines erupting. The new brand of radical Islamist extremism currently spreading in the region is not likely to disappear anytime soon, and new alliances will be drawn. Israel may hope to deepen relationships with states fighting against that extremism, but if public opinion continues to view Israel negatively, those relationships may be worth very little, at a time when Israel might actually need them.

That might not be a current concern for Israel, as Arab public opinion is not yet a deeply potent force in the foreign policy formulations of many Arab states. But that is also unsustainable. Public opinion in the Arab world matters in a way today that it did not five years ago, even given the tremendous setbacks the revolutionary moments have seen in different places. It may take years, but those sorts of pressures seem likely to only become more potent over time.

Ironically, those few voices that dared to consider the Arab revolts an opportunity have all but gone silent in Israel. The failure of Arab democracy to consolidate, with the exception of Tunisia, is a remarkably short-term view of the situation. The politicization of Arab communities in these countries will not be easily reversed, and instability and chaos is not indefinitely sustainable. Public opinion matters, and with the youth bulge that this region’s demographic realities admit, it is hard to believe that it will not matter more and more as years progress.

Herein lies the rub: to build those relationships with Arab states that are backed by Arab public opinion is predicated on a sustainable peace deal with the Palestinian people that addresses their historical rights. Full normalization of relations with Arab publics on a popular level may not come directly after such a deal, but without such an agreement, no normalization is possible. Israel has missed a number of opportunities to do precisely that in the past three years, whether in the direct aftermath of the beginning of the Arab revolts, or at several points since. Indeed, many in Israel have argued that Israel has already wasted valuable time, by failing to even gesture toward dialogue with Hamas, avoiding negotiations with other, more moderate portions of the Palestinian camp and ignoring the Arab League peace initiative for more than a decade.

Indeed, even when the Palestinian factions agreed on a unity administration in a reconciliation deal, a prerequisite for any capacity to engage in a peace settlement with Israel, Israel reacted angrily when the international community declared it would work with that administration.

All eyes are on the Gaza Strip today, and efforts are being expended to end the crisis, so as to minimize the further loss of life. The operation in Gaza remains popular among Israelis, who see it as a way to prolong the time until the next crisis erupts. Beyond the abhorrent human cost to the Palestinians of Gaza, that kind of short-termism cannot bring Israelis security and peace. A sustainable peace for Israelis is predicated on their eventual integration into the wider region. Ironically, the longer that peace settlement is avoided by the continuation of the Israeli occupation or policies that have led to the destruction of much of Gaza, the more vital that peace will become for Israelis. 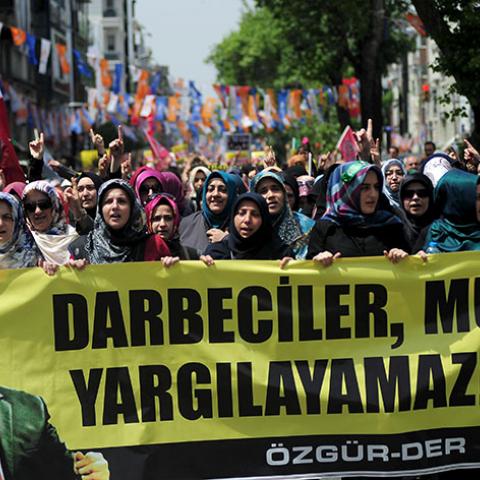