After a cease-fire was finally reached, the Palestinian Authority could return to the Gaza Strip where Egypt might be playing an indirect role in the future. 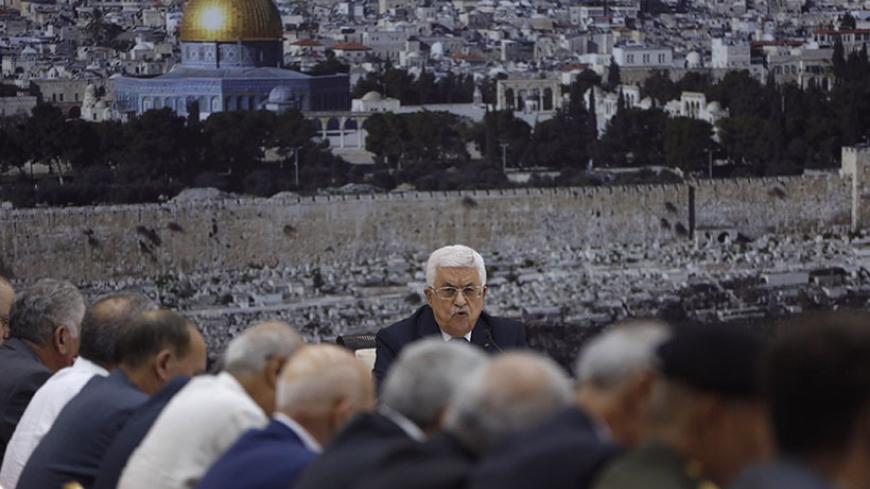 After seven weeks of confrontations in the Gaza Strip, a cease-fire has been reached. The details are still sketchy, and needless to say, it is still too early to judge if this truce will last. However, regardless of the durability of the new deal and its implications for Israel, it's safe to say that a new reality may unfold in Gaza. The Palestinian Authority (PA) could return to the Gaza Strip, at least to run the Rafah border with Egypt. While this seems a benign move, it is not; it could open the door to a new scenario that was previously considered far-fetched — an indirect Egyptian involvement in the governance of Gaza.

First, it's important to note that Egypt does not want to control Gaza. It only wants to contain its own problems and shield the Sinai Peninsula and the Rafah border from infiltration by radical militants from Gaza. Recently, Egypt has stepped up its operations to destroy most of the tunnels that Hamas and other groups have built underneath the Rafah border. Inevitably, however, tunnel destruction has aggravated an already shaky relationship between Egypt and Hamas, especially after the ousting of Islamist President Mohammed Morsi by the Egyptian army.

Furthermore, the war has highlighted how Egypt cannot protect its border and act as a neutral mediator in the Gaza crisis at the same time. Hamas has bitterly complained that Egypt is not a fair mediator. In addition, some Israelis have quietly wondered whether the Egyptian army’s aggressive tunnel destruction triggered the crisis. The confrontation in Gaza has become an awkward three-party affair, with each party expecting and demanding different things. In the end, by forging the cease-fire deal, Egypt seems to have managed to get what it wants. It forced Hamas to accept the return of the PA to run the Rafah border crossing, and President Abdel Fattah al-Sisi seems to think that the return of the PA will solve Egypt’s problems with Gaza. The question remains, however, can Palestinian President Mahmoud Abbas deliver what Egypt wants (security of its border) without heavy support from the Egyptian authorities? Unlikely.

Abbas’ success in Gaza will depend on the goodwill of both Hamas and other Palestinian factions. This goodwill cannot be guaranteed in the future. It would be naive to assume that Hamas and Abbas will be happy partners for any length of time; Egypt would have to step in to support a weak Abbas and sustain his new existence. The nature of the Egyptian involvement will be determined depending on the future survival of the truce. However, this involvement can easily become palpable and deep, at least in the security and intelligence aspects. Gradually, Egypt can be forced to either act openly as Abbas’ patron or leave him to sink in the Gaza’s post-war political swaps.

The PA is only capable of controlling law and order in the West Bank with the liaising and support of the Israeli army and their intelligence. It would be hard for Abbas and his team to succeed in Gaza without similar arrangements, which will inevitably involve Egypt.

Moreover, Hamas and other groups may stop firing at Israel, but they will continue to smuggle weapons. It's implausible to assume that Egypt’s Sisi will soften its anti-smuggling policy; a paradoxical situation that will probably bring us back to what triggered this crisis in the first place: the suffocation of Hamas and its implications.

The reality is simple; Sisi cannot secure Sinai and prevent smuggling while allowing Gaza factions to rebuild their arsenals, and undermine the PA. What has started as an Egyptian mission to control the tunnels and later mediate in the Gaza war will end up as a more indirect fiddling with the internal balance of power inside the Gaza Strip to shield Egypt’s Sinai from the reopening of smuggling routes.

The above scenario — albeit scary to many Egyptians and Palestinians — is probable and worth pondering, since it has serious political, military and economic implications. It is clear that many local groups in Gaza, as well as other regional players, will not sit idly by watching Egypt flex its muscle. As such, Egypt may find itself pulled deeply into a new Gaza that is both hostile and anarchic.

Therefore, Hamas and Egypt need to remodel their thinking process, not just to de-escalate this crisis but also to prevent its possible unpalatable aftermath. Abbas alone will not save Gaza and will not save Egypt from inheriting Gaza, especially if Israel continues to mistrust him and his team. The sooner the Egyptian authority understands that, the better. Hamas also needs to understand that if Morsi was a true father acting as a protector to the Islamist group, today Sisi is replacing him — the stepfather that Hamas must learn to acknowledge. The acceptance of his proposal of an open-ended cease-fire is a good start, but more has to be done.

Let’s be blunt, Hamas cannot expect the world to rebuild Gaza, while the group continues to replenish its destroyed rocket arsenal and undermine the Rafah security border arrangement. Gaza has barely survived this confrontation. In the future, however, a failed Gaza can easily end its existence as an autonomous entity, and snooker Egypt into a very tricky corner.