Sources say that Ahmet Davutoglu is guaranteed to be Turkey's new prime minister, and that intelligence chief Hakan Fidan is a strong candidate for the Foreign Ministry. 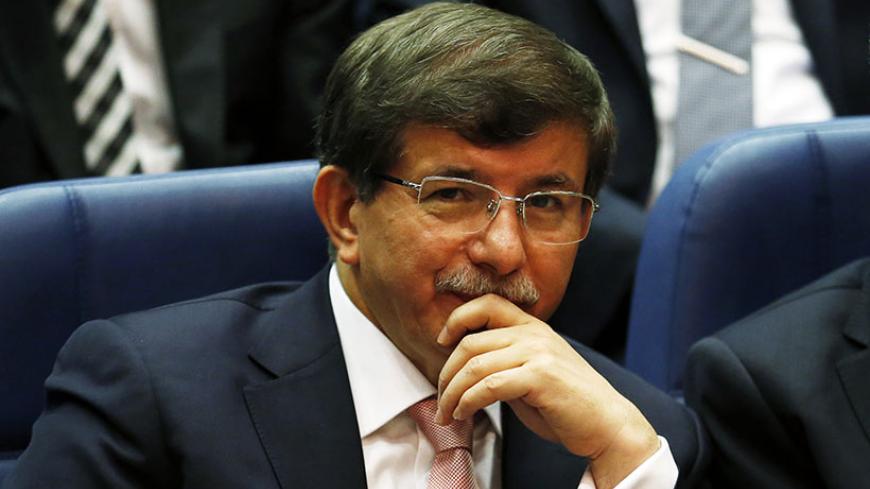 Ahmet Davutoglu will definitely be elected as the new chairman of the Justice and Development Party (AKP) and also as prime minister to replace Recep Tayyip Erdogan, who was elected president. I was the first one to authoritatively report this in the Turkish news media with the information I obtained from inside sources. I am 100% sure of this information. My report was used on the Internet sites of almost all the Turkish newspapers.

What was the process that led to the designation of Davutoglu as the new prime minister? In the last meeting of the AKP Central Executive Board, Erdogan raised the question, “Who should be the prime minister and party chairman?” The names of President Abdullah Gul, Binali Yildirim and Numan Kurtulmus were mentioned, but Ahmet Davutoglu led the list as AKP people in the meeting knew that was Erdogan’s wish. The same result came out of the meeting with expanded provincial party leaders. Ahmet Davutoglu was the top candidate of the party.

Ahmet Davutoglu is the only name that fits this description.

When we look at the candidates, this is what we see: Gul cannot be the prime minister because he is not a member of the parliament. The same goes for Kurtulmus. Both names are thus crossed out.

Erdogan’s dictum that there won’t be a “temporary, caretaker prime minister holding the fort” and “the three terms rule will apply” eliminates Bulent Arinc, Yildirim and Mehmet Ali Sahin.

Nevertheless, it is important to note the remarks of Arinc, who has been advocating Gul for AKP chairman. In one current statement, Arinc said Gul should return to politics and continue to serve the country: “If the chairman and the prime minister to be elected on Aug. 27 performs strongly, it makes sense for him to continue after the 2015 elections. There is a one-year trial period. In that period, it will be useful to see how the new leader will perform and lead the party, govern the country and have the party overcome problems.”

This description by Arinc, who was the third key founder of the party, also points to Davutoglu, with some conditions. He says the party will enter 2015 elections under Davutoglu. If Davutoglu is successful, he will continue. If not, Gul will take over the AKP. That is what Arinc has in mind.

There will be a single candidate at the Aug. 27 congress. Only the party chairman will be elected. There will be no changes in the executive board. That means the new chairman must be a current member of the central board. Anyone who is not a member of the central board cannot really be a candidate for the chairmanship. Arinc and Sahin are board members but not Yildirim. As you can guess, Davutoglu is a board member.

Naturally, there will be new names in the cabinet after Davutoglu takes over as prime minister. According to Milliyet writer Nagehan Alci, known to be close to Erdogan, the senior echelons of the AKP have reached a consensus that “the leader of the party is Tayyip Erdogan, and its chairman is Ahmet Davutoglu.” According to Alci, the news flash in the cabinet will be Kurtulmus, Hakan Fidan and Yalcin Akdogan.

A small introduction to these new Turkish government members, who are also confirmed by sources close to Erdogan:

According to Alci, the latter option is more likely. My sources also say that Fidan will be simultaneously a deputy prime minister and foreign minister.

As for other key AKP names, current Deputy Prime Minister Besir Atalay may leave on his own. Atalay was the most ardent advocate for Gul to replace Erdogan as prime minister. But technically it is impossible for Gul to be the prime minister until the next general elections. Atalay proposes that a member of the parliament resign and that Gul be elected in his place through a by-election. Atalay was said to be so persistent that he even said that he would not take part in a government without Gul. In such a situation, Atalay may be eliminating himself from the new government.

Deputy Prime Minister Ali Babacan will remain. Some circles in Ankara say Babacan will not be in the new government. Babacan, who is in charge of the economy, has been the rare official who has had a high post from the very first days of AKP. He is known for his honesty and hard work. In recent days, there were differences of opinion between Erdogan and Babacan over the economy, but nevertheless he has high credibility with Erdogan and the entire business world. He has high prestige globally. Since his departure from the government will create enormous problems, he will likely stay, but his economic policy will have to be in harmony with Erdogan’s economic vision. Erdogan wants lower interest rates, but sees no problem if the dollar parity goes up to 2.40 or 2.50 Turkish lira from the current 2.15. On the contrary, he finds such an exchange rate useful to lower the current deficit and to boost exports. Erdogan wants a policy to revitalize the economy and increase investments. As long as Babacan follows the same line, he will be in charge of the Turkish economy for the next five years. 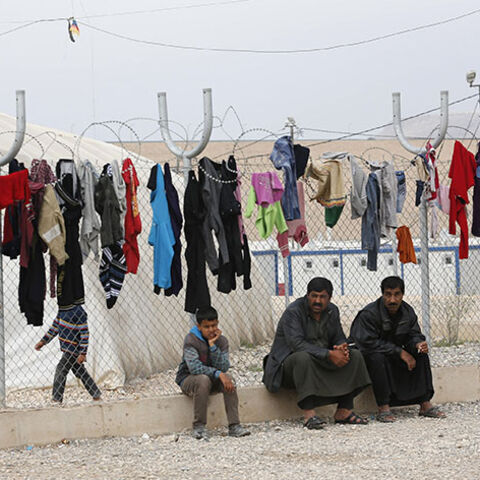 Syrian refugees under attack in Turkey