Concerns about former President Mahmoud Ahmadinejad's return to office has made Iran's parliament publish a list of violations committed by his administration. 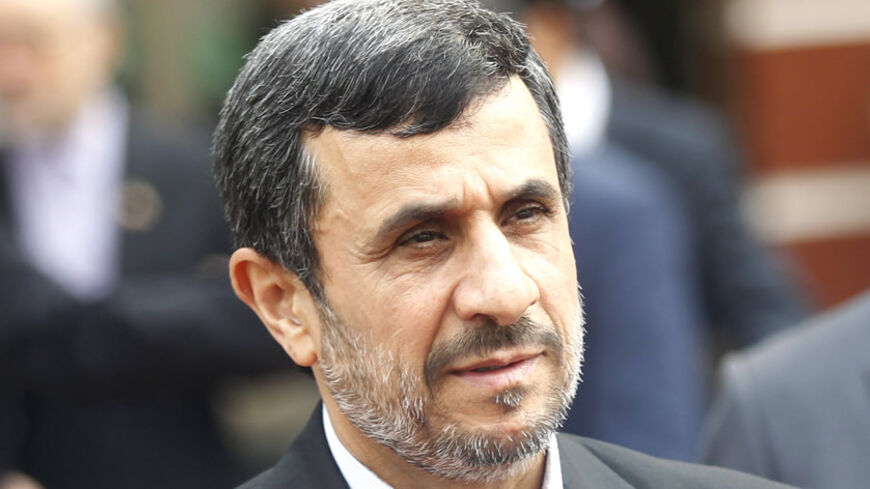 Iran’s parliament has published a list of 24 violations they accuse Mahmoud Ahmadinejad of committing and requested the judiciary to pursue the cases, a move that appears to be aimed at thwarting Ahmadinejad's plans for a return to politics.

Some of the more serious cases appear to be accusations that his administration used government-subsidized exchanged rates for the import of luxury cars, a rate that is reserved for the purchase of vital goods, involvement in an attack on speaker of parliament Ali Larijani during his speech in Qom in February 2013 and the illegal borrowing of money through the Central Bank.

The report, which was commissioned by parliament’s Article 90, was published on the official website of Iran’s parliament, the Islamic Consultative Assembly News Agency. Given the tone and content of the introduction to the numbered table of alleged violations, there is a political motivation behind its publication regarding concerns about Ahmadinejad’s desire to return to politics.

“He had not yet wiped the sweat from his face when his media supporters began to work for his return to politics once again,” the lead of the report read, with an accompanying picture showing a contemplative Ahmadinejad looking out of the window, with his reflection looking back at him.

The report also said that the social media activities of the former president and his statements and speeches around various parts of the country indicate that he is taking the possibility of return to politics seriously.

“His advertising on social media should not be ignored,” the report continued, saying that pages have been created inviting the former president to run in the 2016 parliamentary elections to become speaker of parliament.

Ahmadinejad’s supporters have become so vocal the report read that his former media adviser, Ali Akbar Javanfekr, openly challenged President Hassan Rouhani’s mandate on the nuclear negotiations, asking him, “By which authority do you represent the great people of Iran in the talks with the P5+1?”

The report continued that Ahmadinejad has been attending meetings called “Awaiting Spring.” Toward the end of his second term, Ahmadinejad used the term “Long Live Spring,” kind of as an official slogan, much to the annoyance of other Iranian officials.

The violations span from December 2010 until June 2014, according to the report. Other violations that were documented included not allocating funds to the Tehran municipality for the construction of its metro, the president of Iran’s National Tax Administration refusing to answer questions and failing to appoint officials or implementing specific laws.

The final line in the report read: “In consideration of the widespread violations from Ahmadinejad and those around him, presumably a special group will do anything to clear up the image of the previous administration and Ahmadinejad’s character, so that he could play a future political role in Iran.”

Iran’s judiciary has confirmed previously that there have been cases against the former president that are still under review.