Will Homs truce be repeated in Aleppo?

Hezbollah sources indicate that efforts are underway, including interventions by Iranian and Turkish authorities, to repeat the truce reached in Homs last month in Aleppo. 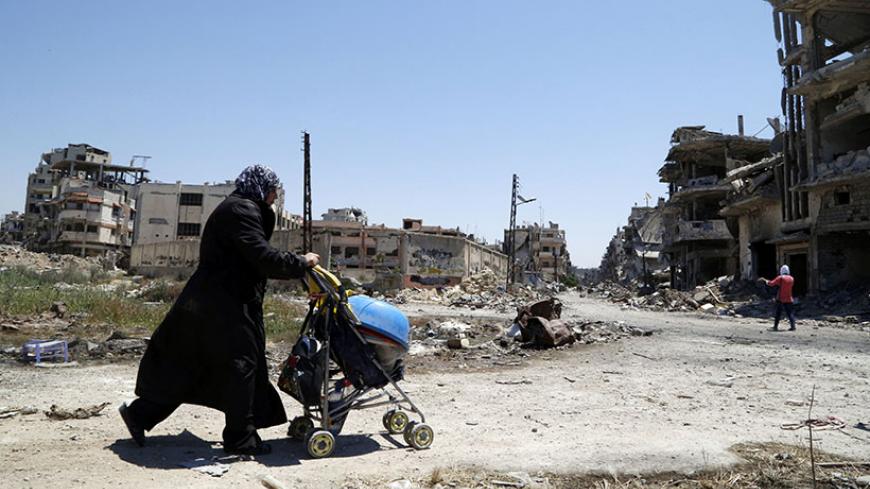 A woman pushes a baby stroller loaded with belongings recovered from her home in Homs, May 14, 2014.

Sources close to Hezbollah told Al-Monitor that there were indications among the Syrian authorities and their allies that a huge development was underway in Aleppo. The same sources noted that military and political decision-makers did not rule out the possibility of waking up to surprising news. A deal over the lines of control of the Syrian army and its allies in the second-biggest Syrian city and their entry into all its neighborhoods could happen without significant battles.

The sources explained that this idea was not a theoretical one or an astrological analysis. It rather relied on a long series of on-the-ground military developments, on the one hand, and on the back-channel diplomatic negotiations and international talks on the other. The sources said the issue started weeks ago. In mid-May, several attempts at mediation to end the fighting in Homs were suddenly declared successful. It later appeared that secret negotiations had been underway between the Syrian authorities and the camp of their opponents. They wanted to conclude a deal that saw to the withdrawal of around 1,600 opposition militants from the old Homs neighborhoods, where fighting with the Syrian army was continuing.

The sources said the aforementioned Homs agreement wouldn’t have been concluded if it weren’t for the following negotiation methods: The regime forces’ slow and efficient advance toward the rebellious neighborhoods coupled with a secret diplomatic communication network, mainly along the Tehran-Ankara axis, and military pressure culminated in an agreement and in persuading the militants to withdraw. In other words, Iran persuaded Damascus while Turkey persuaded the military groups to accept the available offer proposed to them.

It did not take the Iranians and their allies in Damascus long to realize that Ankara thought that the Syrian authorities were trying to normalize the situation in Aleppo before June 3, which was the scheduled date for the presidential elections that would re-elect Bashar al-Assad as Syrian president. Ankara thought that Damascus was trying, through its Iranian allies, to offer the Turks the deal to make Aleppo safe before June 3. This way, the elections would gain credibility and would be conducted in all the big Syrian cities without exception. For these reasons, the Turks refused the suggestion to complicate matters for Damascus and make the June 3 presidential elections even tougher and less credible. The Iranians and Syrians understood that, but also expected it.

They addressed the situation through two lines of action. First, they increased the military pressure on the strategic points in Aleppo. As a result, Damascus took over decisive field locations there, such as the Air Intelligence Center, the Aleppo Central Prison and Al-Zahraa Residential Complex. These are very delicate locations that constitute complete control points over most of the city. Second, they delayed the Iranian-Turkish negotiations until after the Syrian presidential elections.

The same source added that as soon as the June 3 elections were over, the secret talks were resumed. The primary leaked information indicates optimism and the possibility of concluding the Homs deal once again in Aleppo.

According to the same sources, the final and complete solution would not be achieved very quickly and would not come to pass peacefully. This means that the solution could be preceded with a few battles that help mature the settlement and herald the ratification of its final details. Such an issue will take time. However, the sources said that what happened in Homs would be repeated in Aleppo soon.

If this proved to be true, it would prompt two contradictory questions: The first is related to field issues, meaning that if the settlement of Homs compelled militants to move to Aleppo, where will they move after the settlement of Aleppo? The second question, and the most important one, is the following: Has the back channel between Iran and Turkey, with the blessings and backing of the allies of both countries, become eligible to present a preliminary project to end the Syrian war without waiting for the dysfunctional Geneva mechanism?

This issue is worth following up, especially if the settlement in Aleppo comes to pass. 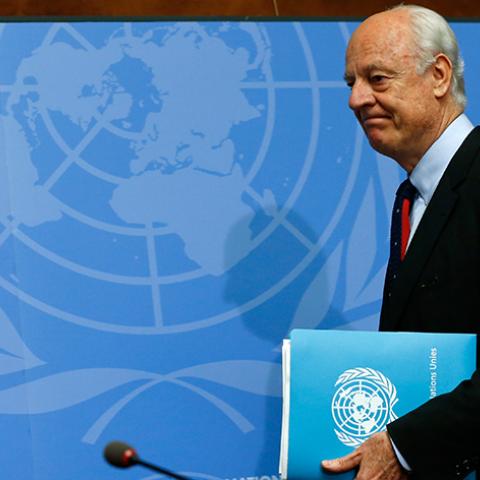 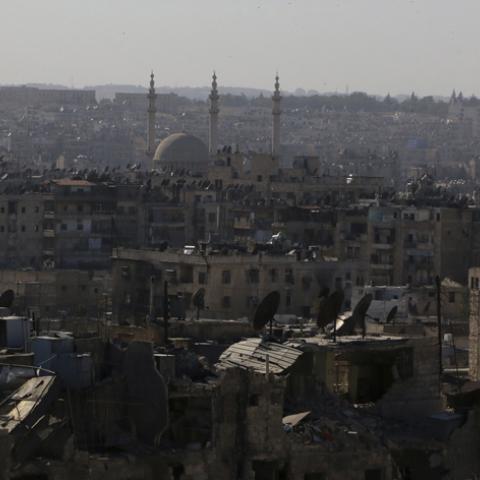 Syrian official: negotiations with US blocked by Saudi Arabia