Israel’s attempts to attract Arab Christians to voluntary military service will see limited success until it offers meaningful integration and equality to its Arab Christian citizens. 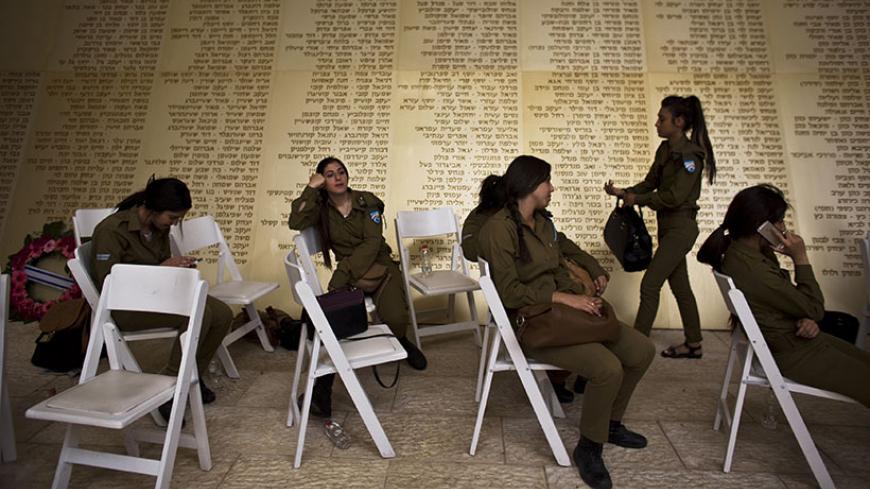 Israeli soldiers in Jerusalem sit in front of a monument engraved with names of fallen soldiers, May 4, 2014. - REUTERS/Nir Elias 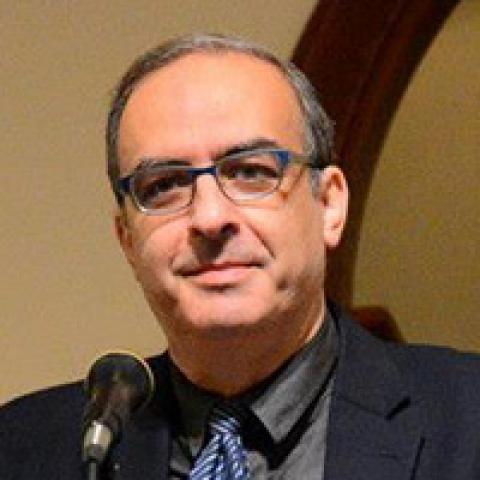 NAZARETH — Christians in Israel enjoyed a temporary euphoria with the high-profile visit of Pope Francis in May. However, despite the wide interest of the papal visit, life has returned quickly back to normal. The suspected arson attacks on the Church of the Nativity in Bethlehem and the Dormition Abbey in Jerusalem a day after the pope headed back to Rome marked a sharp end to the joyous episode.

In the last few months, Christians in Israel — especially the Arab Christians who make up 80% of the dwindling 2% of Christians in the country — have felt targeted. But the initiative that has caught the attention of the media is the major push to encourage young Arab Christians to volunteer in the Israeli military.

This move has placed Arab Israeli Christians in a dilemma. It is a dilemma of an identity crisis, and whether Christians will be willing to submit to the campaign to get them to volunteer in the Israeli military.

The late Arab Israeli deputy health minister, Abed El-Aziz Zo’ubi, described the dilemma that every Arab Palestinian in Israel faces: They live in a country where their Israeli citizenship is fighting their people.

This can be even a harder dilemma for Arab Christians in Israel, and is precisely the reason why Israel did not originally draft Arab citizens in general, with the exception of the Druze community, whose spiritual leaders permitted its youth to enlist.

Most Arabs in Israel still feel uneasy about joining the Israeli military and fighting their own people. However, this may be changing as a result of the power shift between the different sub-identities, stimulated by events in Israel and the region.

It is important to note something that is often ignored: Arab Christians converted to Christianity after the day of Pentecost, the day of the establishment of the Christian church and 50 days after Jesus’ resurrection (Acts 2:11). Arab Christians prospered at times and struggled in others, before and after Islam. They kept the faith of their fathers in the dominant Islamic Middle East, mainly as Arab nationalist patriots.

This has not changed in modern times in Palestine and later in Israel. Several Arab Palestinian Christian figures have spearheaded the pan-Arab and communist political parties, including the late Mansour Kardosh, leader of the nationalist El-Ard movement, which was banned from participating in the Israeli Knesset elections. Or the famous Azmi Bishara, who established the Arab political party Balad and now resides in Qatar after allegations by Israel of collaboration with Hezbollah. Or the late Tawfic Toubi, who led the Communist Party for decades and served in the Knesset for 41 years.

These figures represented the dominant sentiment among Arab Christians in Israel, one that is very sympathetic to the Arab and Palestinian components in the group’s identity, which opposes any kind of military or national service in Israel.

But this sentiment could be changing. The Israeli military does not release statistics about the religion or number of young people drafted each year. However, according to reports, the number of Arab Christians who volunteer has been steadily rising to reach about 150 each year.

The main cause of this Christian rise in the Israeli military can be attributed to the weakening of the national identity of Arabs and Palestinians for the sake of a religious identity. In previous times, particularly in the days of Egyptian leader Gamal Abdel Nasser, Arabs — Muslim and Christian alike — embraced the Arab nationalist ethos. This has changed not just with the rise of Islamic fundamentalism, but also with the Arab Spring. The vacuum that was left by the toppling of dictators was filled with the only organized groups available, primarily of Islamist nature. These ranged from the Muslim Brotherhood in Egypt to jihadist groups like Jabhat al-Nusra and al-Qaeda in Syria. The atrocities that these emerging groups have committed against Christians in these respective countries have brought deep resentment among Christians in Israel. This has contributed to an identity crisis for the Arab Christians in Israel, as the common glue has been weakened.

A second factor contributing to this trend is that Christians in Israel are watching the dreadful economic situation in the Arab countries combined with an awful suppression and marginalization of Christians. This has brought a lot of Christians to assign greater value to and appreciate their relatively good economic situation in Israel and freedom of expression. Some argue that by joining the military, doors will be opened for them for employment and they will get economic benefits that have long been granted to citizens who served in the military.

The third factor is internal. The last two decades have witnessed violent Muslim and Druze mob attacks against Christian communities in different villages and towns, including Nazareth, Shefamr, Toura’an, Mughar and Rameh. The security forces were slow to intervene in these attacks. Now the tribal sentiment among some Arab Christian young people is that by joining the Israeli security forces, they will be able to get hold of weapons and stand up to any such attack.

The mainstream Arab political parties opposed to the enlistment of Christians in the military are making great efforts to fight against this trend.

Their concern is that Israel is seeking to present its first Christian division of volunteers in the Israel Defense Forces for public relations purposes. They are convinced that it is not a sincere attempt to integrate Arab Christians as equal citizens, but an act that aims to divide and conquer the Arab Palestinian minority, disconnecting Arab Christians from their Muslim compatriots.

There remain strong arguments that Israel is not honest in its intentions toward its Arab Christian citizens, as evident in the cases of the two northern Christian villages of Iqrit and Biri’m. These villages were evacuated in 1948 with a promise that it was a temporary measure to last only two weeks. The villagers have not been allowed to return since, and Israel continues to oppose their return 66 years later.

Despite the orchestrated effort of the Israeli establishment to convince young Christians to join the Israeli military — amid the strong winds of change in neighboring countries — the success of such an initiative will be limited without honest attempts to integrate Arab Christians as equal citizens in Israel.