Culture Minister Ali Jannati has told Iran's Chamber of Commerce that the country needs to open up culturally and must accept new technologies as they are introduced. 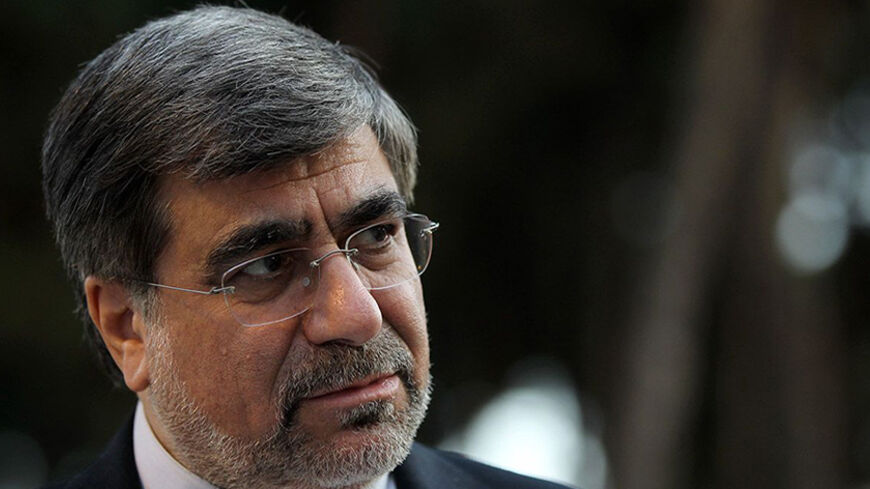 At a meeting with Iran’s Chamber of Commerce, Culture Minister Ali Jannati warned that the government’s initial rejection of new technologies and later acceptance was causing the country to fall behind. At the informal breakfast meeting, Jannati also criticized the blocking of popular social media websites, jamming satellite stations and the lack of tolerance of officials toward opposing views.

“In social media and the virtual world, we still do not know if we are supposed to block Viber and WhatsApp or not,” said Jannati, referring to a quarrel between the administration and the judiciary, which ordered that the websites be blocked.

Jannati said, “There was a time we had problems with video. There was even a time we had issue with the fax machine. When I was governor of Khorasan, [Mohammad] Gharazi was the communications minister. During that time they sent a fax machine for the ministers and governors. And they sent a confidential letter along with it that said, 'This fax machine should only be in your room, and only you should have access to this.'”

“Apparently we have to confront every new phenomenon and after time has passed, then accept it,” Jannati said. “We always want to have a 20-year distance with the world. Let's at least move along with the world.”

Turning to Iran’s jamming of satellite signals, Jannati asked, “How much do we use satellites now? Shiites across the world rent a satellite and make statements. There was a time we could not even send one book to Saudi Arabia. We can disseminate our work through satellite and the Internet. But instead of using their facilities, we limit access so that others don’t use it.”

He continued, “Right now, the Americans are busy installing 14 satellites with an altitude of less than 1,000 km. Then you can easily watch satellite stations on your cell phones. Instead of thinking of what the best way is to use these facilities, we think of how to jam these satellites so that others don’t use it. This mentality needs to change.”

“I completely believe in this, and I welcome your help in this field. … In the domain of culture, for there to be movement and creativity, it needs an open environment,” Jannati said. “I have said this numerous times, that we cannot grow culture in a closed environment. We have to develop culture in an open environment with contrasting ideas and an exchange of ideas.”

“We still do not have the tolerance to listen to views that are opposing and different to our own tastes. We have to create this tolerance within ourselves.” In reference to President Hassan Rouhani’s comment that “heaven cannot be forced,” condemned by hard-liners, Jannati added, “Our president speaks one sentence, and they cannot tolerate this one sentence. They ask if you studied in England or Qom.”