President Abdel Fattah al-Sisi is about to score his first foreign policy victory with the expected restoration of Egypt’s African Union membership at this month’s African summit in Malabo. 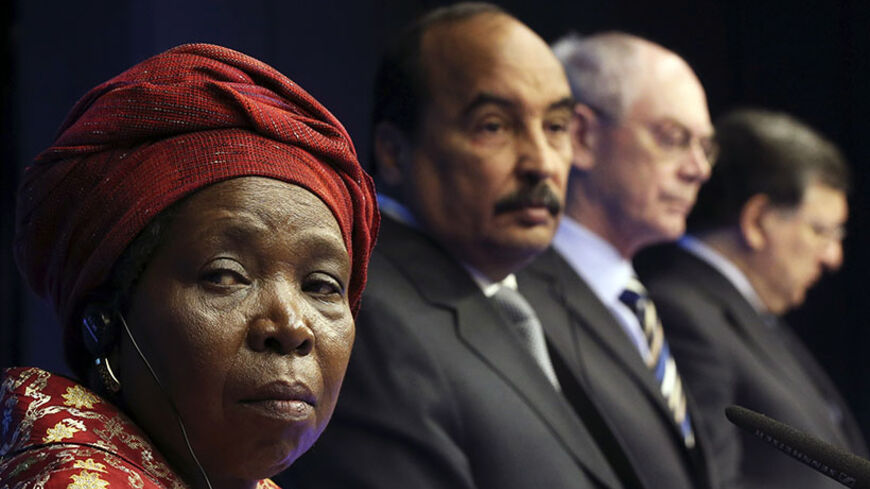 CAIRO — Egypt is eagerly awaiting the holding of the Peace and Security Council (PSC) of the African Union (AU) in Equatorial Guinea’s capital, Malabo, on June 25 to vote on revoking the suspension of Egyptian activities in the AU.

Toward that end, Egyptian officials embarked on a series of diplomatic moves aimed at restoring Egyptian participation in the AU. The PSC had issued a decision to suspend Egypt’s membership after the ouster of former President Mohammed Morsi by Abdel Fattah al-Sisi, the country’s current president.

Furthermore, the Committee of African Elders, tasked with issuing a report about the situation in Egypt after June 30, 2013, convened in Addis Ababa on June 10. The committee raised to the PSC its latest recommendation concerning the position vis-a-vis Egypt, following three visits to Cairo throughout the past year.

In an interview with Al-Monitor, an Egyptian diplomatic source said, "We received strong positive indications in favor of allowing the return of Egypt to meetings of the PSC." The source, who requested anonymity, added, "We sought, through every means, to affirm Egypt’s commitment to being an effective and active player on the African scene, which will be clearly evidenced by our diplomatic efforts on an African level, following Sisi’s victory."

The same source went on to clarify, "A new outlook and new policies will drive Egypt’s foreign agenda. These were set by the Egyptian Foreign Ministry and government agencies that deal with the African dossier, and shall be implemented in order of importance as dictated by Egypt’s strategic interests."

In this regard, Prime Minister Ibrahim Mehleb conducted visits in April to Chad, Tanzania and Equatorial Guinea, where discussions about Egypt’s return to the AU were high on the list of priorities during talks with African officials. The visits ended with the president of Equatorial Guinea issuing an official invitation for Egypt to attend the African summit hosted by his country.

Despite Egypt’s satisfaction about attending the summit in Malabo, the country’s participation will be limited to the opening and public sessions only, and Egypt will not be allowed to participate in the formulation of the summit statement or the taking of decisions. The invitation was issued by the host country for Egypt to attend as a guest of honor, and not as a member of the AU.

The AU’s ambassador to Cairo, Nader Fath Al Alim, told Al-Monitor that the union’s position against Egypt was to encourage democracy, "The African Union’s stance toward the events in Egypt and the suspension of the latter’s membership was not borne out of hostility or aimed at punishing Egypt. It was taken in order to rectify the course of democracy. The Union requested that the adopted road map be comprehensive and time-bound. The African Union effectively contributed to the return of democratic life, and toward that end, a decision was made to participate in monitoring Egyptian presidential elections. Furthermore, a high-level African Union delegation participated in the celebratory inauguration of Sisi, despite the fact that Egypt’s membership was still suspended."

The envoy said signs so far are pointing to Egypt’s restoration in the union.

"Indications are that the PSC’s decision will be in Egypt’s favor, especially after the extensive efforts that African nations expected of Egypt, and the positive report prepared by the African Union’s mission to monitor presidential elections. The main report that will determine the council’s decision concerning Egypt will be the one prepared by the Committee of African Elders tasked with assessing the peace and security situation in Egypt," Alim said.

The AU contributed by sending a mission headed by former Mauritanian Prime Minister Mohamed al-Amin Walad Akik to monitor presidential elections held on May 25-26. He subsequently issued a report to the effect that, except for a few violations, the voting process was impartial and transparent.

The report by the AU election monitors appeared to be the final clinch to pave the way for Egypt’s return to the AU, according to Hani Raslan, the head of African and Nile Basin Studies department at the Al Ahram Center for Political and Strategic Studies. He told Al-Monitor, "The positive report of the Election Observation Mission was one of the primary confirmatory arguments in support of Egypt’s commitment to the democratic process and the implementation of the road map, particularly after the adoption of a constitution that guarantees public liberties."

Raslan said that Egypt’s return to the AU is a "foregone and reassuring conclusion."

"All indications point to the lifting of the ban on Egyptian activities, and it would be a major surprise if a decision to the contrary was taken. Yet, I would not rule out Israeli involvement aimed at securing observer status in the African Union," he said.

It’s important to note that Egypt’s diplomatic efforts did not primarily target South Africa, which presides over the current session of the PSC and played an essential role in the adoption of the decision to suspend Egypt’s membership. Instead, Cairo focused its efforts on communicating with other PSC member states to guarantee a vote in its favor.

As the AU summit draws near, a few days after Sisi’s victory, Cairo continues to intensify its contacts with African nations to ensure the president saves face while attending summit meetings, and the ban on Egyptian activities be lifted — marking Sisi’s first foreign policy achievement.