Is Gulen movement behind arrest warrants for Israeli generals?

A Turkish court's decision to issue arrest warrants for Israeli military officers in the Mavi Marmara incident of 2010 has led to some contending that the Gulen movement was behind the action. 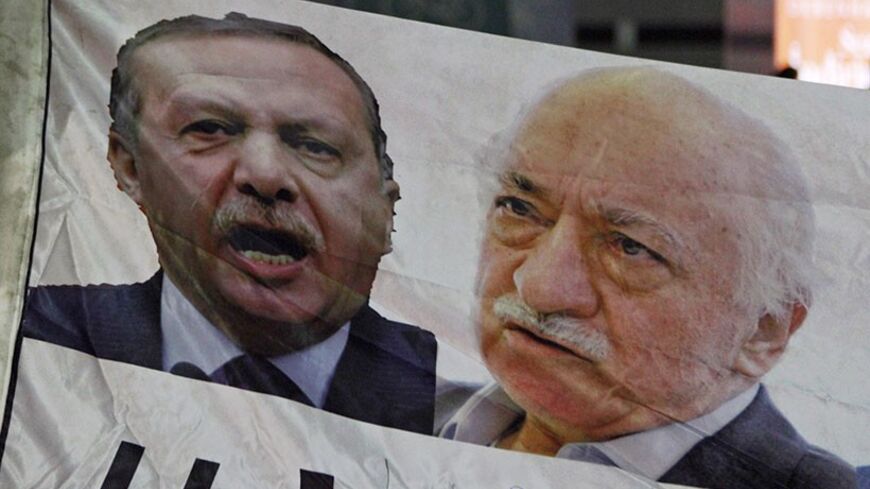 In my previous article in Al-Monitor, I said Turkey-Israel relations were in a normalization process.

But since then a Turkish court has placed an incredible and outrageous stumbling block in the way of this process by coming out with a scandalous decision in the symbolic court case begun after Israeli soldiers killed nine Turkish nationals (a 10th, Ugur Suleyman Soylemez died May 25 after four years in coma) on the Mavi Marmara ferryboat, which was taking humanitarian assistance to Gaza on May 31, 2010. The court decided to issue arrest warrants for the then-Israeli Chief of Staff Gen. Gabriel Ashkenazi, navy commander Eliezer Alfred Marom, chief of military intelligence Amos Yadlin and air force intelligence chief Avishai Levi. The court further decided to ask Interpol to issue red notice bulletins for their detention.

Just as relations between Turkey and Israel were on a positive course, with negotiations continuing on compensation and natural gas pipelines, where did this outlandish decision come from? It is a futile decision which can never be implemented and makes a mockery of Turkey. I immediately contacted figures close to Prime Minister Recep Tayyip Erdogan, Foreign Minister Ahmet Davutoglu and President Abdullah Gul to discuss the issue.

Without exception, all the sources I spoke to were amazed by the court’s decision. There was not a single one who found it normal and reasonable. They all said such a decision in a symbolic court case, just as the normalization process was making headway, was noteworthy and asked why now, after four years, when it was clear that it would never be put into practice.

The Jerusalem Post newspaper two weeks ago had reported that Israel has agreed to pay $21 million to the families of the victims.

A source close to the Foreign Ministry told me that if the two countries finalized their agreement, this court decision would be pointless, as the agreement would provide for canceling all court actions. When I asked him to assess the decision for Al-Monitor, he said the timing was bizarre.

All sources close to government and the presidency were startled by the court ruling when there was a decision at the top state level to normalize relations with Israel. Then where did it come from?

Was it the Gulen Movement, which still has major influence in the judiciary, that concocted such a decision to halt the Turkey-Israel normalization? My inside sources all say, “Yes.”

In the upper echelons of the state in Turkey, everyone knows how established the Gulenists are in the entire bureaucracy structure, especially in security agencies and the judiciary. Initially, AKP and Gulenist police-judiciary cadres acted together to return the Turkish army to its barracks. After the military was cleansed from politics, the Gulenists wanted themselves to replace the military tutelage. That was the end of the AKP-Gulenist coalition.

Gulenists who also wanted to dominate the National Intelligence Organization [MIT], and in a plot staged on Feb. 7, 2012, tried to arrest MIT chief Hakan Fidan, known to be very close to Erdogan. They couldn’t do it. Since that day, a cold war has taken place between the Gulenists embedded with the state and the AKP. The investigations launched by Gulenist prosecutors on Dec. 17, 2013, directly aimed at detaining the entire family of Erdogan. Starting the next day, on Dec. 18, the Erdogan government began a campaign to cleanse the security services of their Gulenist adherents. This wasn’t that easy in the judiciary, for the appointments and assignments of judges and prosecutors were under the jurisdiction of the Supreme Board of Judges and Prosecutors (HSYK). The government passed a new HSYK law and subdued Gulenist influence in the judiciary to an extent, but in higher criminal courts Gulenists still reign, only with a lower profile because of the tenacious and determined attitude of Erdogan. They are likely to resume their attacks before the Aug. 10 presidential elections.

This is how government quarters are interpreting the arrest warrants for four Israeli commanders. They know that in the higher crime courts, Gulenists are in the majority and are seeking to sabotage normalization of relations with Israel.

In their struggle with the government, Gulenists persistently insinuate that the United States, the EU and Israel are behind them. The basic Gulenist strategy is to isolate Erdogan by constantly speaking about his loss of international support. Erdogan responds to the Gulenists by branding them as the hatchet men of imperialism. This approach by Erdogan was very successful with the Turkish people, who equated Gulenists with Israel. The vast majority of all Turkish people don’t appreciate Israel because of its stand on the Palestine issue. Erdogan thus outright won the perception war in Turkey and the Gulenists suffered a major setback in the March 30 local elections.

After March 30, the Erdogan government firmly decided to initiate normalization with Israel. Both governments appear to be determined. Although the government is convinced that the whole court affair is an ambush of Turkey-Israel relations by the Gulenists, the government officials will not directly denounce the court decision, because Erdogan and his associates will not want to give the impression of backing Israel on the eve of the Aug.10 elections. Turkish society is still very sensitive about the Mavi Marmara incident.

Both Gulenists and other anti-Erdogan circles in Turkey will say the negotiations process between Turkey and Israel has collapsed. The obsession with Erdogan in Turkey has come to such a point that there are even those who have gone bonkers enough to ask for a Turkey-Israel war just to topple Erdogan. Erdogan’s extreme hard-line narratives sustain this polarization. Semih Idiz, a rational anti-Erdogan writer, was very much on the mark when he said Erdogan has not lost any of this power in the eyes of Turkish society but, on the contrary, has boosted it.